had some more time to check things out:

in setup menu, the original GTL vette had adjustable top RPM from 6800-7400

which has a huge effect on speed, acceleration, setup etc

when I say I have updated physics, it is all of them and not only ride height
Indeed I reduced max RPM for both reasons : it is cheating because AI will not increase RPM, and it is not realistic as real corvette do not exceed 6900rpm otherwise you blow the engine
By the way you can increase top speed by adjusting gears ratio and especially the "final" ratio.
Anyway, you can restore stock files : in options folder you will find e-[Stock Game Backup] then copy-paste GameData and you will get stock game
U

might be a good idea to put a note in the readme, explaining that

I was under the impression it was all cosmetic enhancements

I hope you are not offended? how was I to know any of this?

Might not be clear, but it is written in readme in changelog and in online information : I have modified physics and AI to avoid them to run in your back when you make offline races. You know you can have multiple installs of GTL, by example c:\GTL1, c:\GTL2, etc... so you can have one dedicated for 10th AP and another one for online races.
Reactions: umma gumma
U

yep, I have about 6 different GTL installs

ps you know what has always bugged me about GTL? the cars are about 50% of the size they should be, watching replays

I'm not sure if this is due to tracks not being scaled correctly, or the game engine? not sure if it happens at all tracks?

for example I was doing some laps around Watkins Glen, and the cars are not much bigger than gocarts, in relation to the track!

everything looks ok while you are driving, incar

With the current version of the Anniversary Patch I'm unable to post a decent laptime in the second carreer race, Minis @ Anderstorp South. The best I managed after ~100 laps is a 1:04:07, while on the stock GT Legends install I managed a 1:01:09 (which is still a second off but still almost 3 seconds faster). Going back to the AP version I was back at 1:04:xx.

What I found is that it doesn't matter if I use the AP as is or if I use the stock files from the Options folder, the cars (Mini & Cortina) behave the same. I also used the default setup from the stock install with no time gained. Were there maybe changes made to the tracks as well, grip settings or grip calculation from temperatures? I'm using the original tracks not the HQ variants.

Hi, by default with 10AP you have modified physics for both tracks and cars : so you cannot use default SVM setups anymore (same for PLGTL MOD or any other physics mod).
When you restore stock game files from [OPTIONS] folder you have got original DVD game with official patch 1.1 and you can use default svm setups.
If you've got a difference between (10AP+restored stock game files) and (your stock game) then I guess it is due to the simbin 1.1 patch for dvd version which reduce car speed.

GTR233 said:
If you've got a difference between (10AP+restored stock game files) and (your stock game) then I guess it is due to the simbin 1.1 patch for dvd version which reduce car speed.
Click to expand...

Hmm that's weird. It's not so much reduced car speed in any version, it's less grip in 10AP which doesn't change when copying the gamedata folder from the options folder back. The AI do the same time in both the stock and 10AP versions. The car is much more slidey and therefore is slower going through corners and accelerating out of corners. While this is more engaging to drive it also makes winning some of the races difficult. I guess what I'll do is modify the AI grip parameters as describes in the readme to bring them down a notch so I can keep up Thank you for all your work and the support!

Read the rest of this update entry...
S 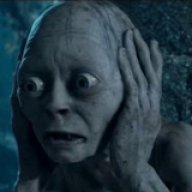 I appreciate all the work that various modders have put into the 10th Anniversary Patch, but I'm currently experiencing a problem that's I can't get rid off.

The issue is that every time I start the game, both "spin recovery" and "opposite lock" are reset to "1" in the PLR file.
The most immediately noticeable result is that the cars suddenly turn 90 degrees when I try to leave the pit.
I've tried both replacing the PLR file with that of my standard Steam install (which is unaffected) and creating a new one, but the problem persists.
Even setting the file to "read only" doesn't work, as the game simply removes that check.
I see no in-game settings for opposite lock and spin recovery and the manual doesn't specify any shortcut keys for these functions, so I'm not sure what to try next.

contrary to gtr2, these settings are not stored in plr for gtl but in CUPSTAGES.CDB and they are set for every difficulty level. Thus for my hq mod you need at least to be in semi-pro or pro difficulty to get these values at 0 but you can edit them as you want with notepad

This archive was compressed with 7-zip archiver v19.00 (update your archiver if it tells you that the archive is corrupted)
Archive size = 491 Mo
Archive MD5 checksum = 11d4a46fba6eceda39d9a1f50c95c81d

Read the rest of this update entry...
Reactions: gwaldock 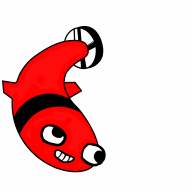 Does anybody know how to get the Porsches back? I know steam removed them for licencing issues. How to fix?
U

maybe find a non-steam install, or wasn't there a GTL Demo install available?

will avoid a lot of confusion IMO

Chris Temperino said:
Does anybody know how to get the Porsches back? I know steam removed them for licencing issues. How to fix?
Click to expand...

Both GTL/GTR2 10TH Anniversary PATCH will show ALL cars : bmw, ferrari, porsche, etc... BUT DO NOT MISTAKE GT LEGENDS FOR GTR2 because these are not the same game so install the correct version of the 10th Anniversary PATCH : either for GTL or GTR2

GTR233 said:
contrary to gtr2, these settings are not stored in plr for gtl but in CUPSTAGES.CDB and they are set for every difficulty level. Thus for my hq mod you need at least to be in semi-pro or pro difficulty to get these values at 0 but you can edit them as you want with notepad
Click to expand...

Bit late perhaps, but I've now found where the issue stems from - it's the GTL HQ Mod.

Once installed, the spin recovery and opposite lock lines in the PLR file will be set to "1" after the game is started (even when exiting right after the main menu comes up).
If I restore the backup original files and reset these two options to "0", they'll stay at "0".
Not sure what is exactly causing this behaviour, but it's somewhere in there.

I've looked at the cupstages file; spin recovery is only activated at "beginner" difficulty and opposite lock at "beginner" and "novice", which I never use.
I've tried your suggestion anyway, but as I expected it is not the remedy.

As I've mentioned, I only encounter this issue with the HQ Mod installed - with either the vanilla game or the standard 10th Anniversary Patch install it does not happen and if I uninstall the HQ Mod it stops happening as well.
As noted before, even simply starting and then immediately quitting GTL triggers the effect.
Setting the PLR file to "read only" is no solution, as the game removes that flag.

[EDIT]I think I've found out what the problem is; in the cupstages.cdb file in the HQ Mod several lines are missing under the "Assist" category in the various difficulties, namely "SteeringHelp", "ThrottleControl", "AntilockBrakes", "SpinRecovery" and "OppositeLock".
I've added these lines to all difficulty categories (copy/paste from the standard cupstages file in the 10th Anniversary Patch) and now the issue seems resolved - spin recovery and opposite lock stay at "0".

NB: these missing lines do exist under the "Digital Throttle Assist" and "Digital Steer Assist" categories, but I suspect those refer to keyboard inputs and apparently the entries need to be listed under "Assist" as well, otherwise the game will fall back to a vanilla state of "1" unless these functions are turned off in-game (and as far as I know there is no way to turn off opposite lock and spin recovery in-game).
Last edited: Apr 5, 2020
Reactions: Shovas
You must log in or register to reply here.
Share:
Facebook Twitter Reddit Pinterest Tumblr WhatsApp telegram Email Link
49 comments
Automobilista 2 | Hotfix Update 1.1.0.5 Available
172 comments
Sir Lewis Hamilton| F1 GOAT?
66 comments
rFactor 2 | Competition System Development Blog Post #2 Released
Top Bottom