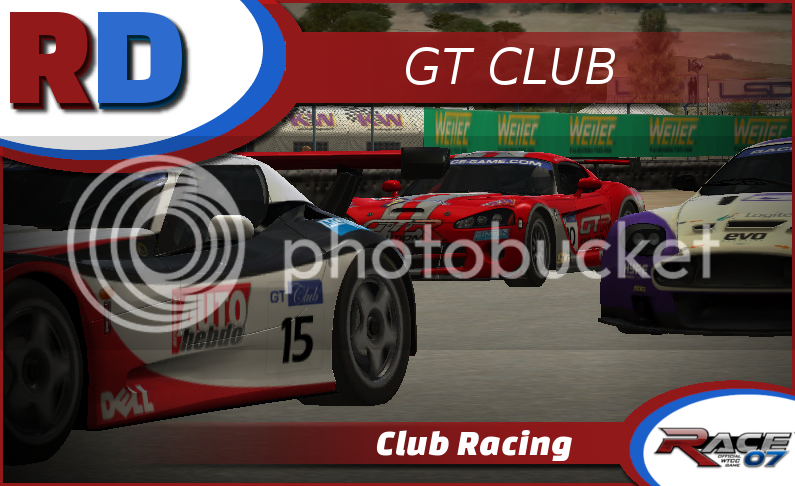 Yes please, and also put me down for Friday. I will try and make Tuesday, but I am not guaranteeing anything.

@John Grant - problems as in "still can't join the server"? Really weird stuff.. if you trust me with remote-controlling your computer, we could've a look a that via TeamViewer post-race tomorrow/Friday.

That being said, I hope to make this event, plenty of overtime at work ATM, though.

If you want to see how other RD members have designed their cars, feel free to download & install the RaceDepartment Race07 skinpack (v201508):

I'm so looking forward to Poznan

No practice & no setup up until today, I tried to get on early but a phone call got in between, so when I finally joined in, I quickly loaded up an old Falkenberg setup and it worked out fairly alright - Nelson and Reggie were clearly faster, but that was to be expected

After qualifying in P3, I had a nice start, but still lost a position through T1 - quickly regained it, though, and while Nelson and Reggie slowly pulled away, I kinda lost concentration with each lap. Two or three small offs later, I was in the middle of nowhere, driving home in P3.

Another alright-y start into race #2 got me hanging onto Reggie Snr and Dennis, and after nice, short battles with both of them, I was back in third, with Nelson and Reggie miles ahead already. Since repeating R1 like this would've been boring, I then decided to spin my Z4 in order two have two more nice battles!
Back in P3(?) I then went off again, because... well.. anyways, got by Reggie Snr through the last turn, once more, but Dennis had already claimed the last spot on the podium.

Thanks for racing, see you (maybe) tomorrow!
Reactions: Nelson Ullinskey and Dennis Phelan

For sure,Poznan will be more fun than this week. Maybe the Mini's can take the bite out of this track?

Having made a skin for the Cupra I did stick with it. I guess it was a good choice, I'm as fast in it as in a BMW but it did give me a lot of grief in setup today.

I opted out of quali to make sure the dogs would be OK during the racing. Small grid and no real loss.

R1: In all the sessions today I had been working the car setup and thought I should leave it at the last iteration for this race. Bad choice, it was like trying to fence with a jousting pole. A spin lost me lots of time. In the end I could drive the car but it was a demon task.

R2: Back to yesterdays setup and the front row. Always short lived, but given a repreive when Reggie tapped Nelson and had to wait. Bjorn a real problem but good for me, his car kept coming unglued all through the 10 laps. I should have used this setup in both races!
You must log in or register to reply here.
Share:
Facebook Twitter Reddit Pinterest Tumblr WhatsApp telegram Email Link
22 comments
rFactor 2 | 2020 Bentley Continental GT3 Arrives Wednesday
19 comments
iRacing | Season 4 Patch 1 Released
3 comments
Barcelona Calls | Ferrari Hublot Esport Race This Evening (+ How To Watch)
60 comments
DTM | GT3 Regulation Shift For Post 2020 Season