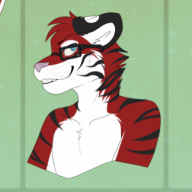 Hi, so, this one's gonna be a weird one.
I found this track for Grid 2's California point-to-point track on a website other than RaceDepartment. acmods.net I believe? Anyway, to my surprise, it's finally wanting to work.
The track itself is okay, a little rough and so on but the surface and the actual track part is good. It's modelled well enough, too, with the scenery and the track furniture and so on all looking fine.
It's got barely no collision on anything, though. The terrain is mostly fine for this, although I have just crested a blind 'hill' lift thing and sunk through the floor momentarily, and of course the sea has no real detection under the cliffs. None of the trees seem to stop you, only the tiny arrow markers on the side of the road and (supposedly) the walls on the inside of the corners (as they're part of the terrain.
It looks a little... barren to me, too. It's as if the scenery was going well, but they didn't want to spend any more time on it. It's slightly like driving the track after the apocalypse.
It doesn't even work with races as it has no 'circuit' tag apparently. I can't start a race on it, it just crashes, refuses to start and content manager tells me the race is cancelled.
Anyway, here's the real question bit: I have no idea who made it. All the mods on acmods.net are labelled as being by 'Scott' but I know that's not (at least not always) correct as a bunch of the mods up there I've seen posted here with their real creators. It doesn't appear to be on RD, though, or anywhere else for that matter.
Anyone know who started it? Whose mod is this? It seems to be good so far, it just needs to be finished. If no-one claims it, hell, I'll learn how to do it myself. I like the track in Grid 2 and would love to see it more functional in Assetto Corsa.
Edit: At the bottom of the description on acmods.net 'Scott' gives credit to 'Arthur Lopes'. Maybe that will help. Also here's the link as I forgot to actually put it in: https://acmods.net/tracks/california-coast/
Reactions: Suraniset
You must log in or register to reply here.
Share:
Facebook Twitter Reddit Pinterest Tumblr WhatsApp telegram Email Link
0 comments
The Last Chance Saloon At Silverstone
78 comments
AMS 2 | New Previews Revealed: Lots Of Cars Heading To The Simulation
17 comments
ACC | New Hotfix Update Released
20 comments
RDGTC S9 | GT Championship 2020 (Assetto Corsa Competizione)