So after some advice from rd members I bought GTR Evo/Race 07 (couldnt get race on), I have to say I am impressed, I have played a few racing games and none has gave me that Stability/sim feel that a racing game should have until I loaded up evo and done some laps on nord, of course Graphics are a bit downgraded to shift/grid etc but id take stability/sim quality over it anyday.

It's a big step up for me and I also need to get a wheel, my gamepad just doesnt do it for me anymore especially on a full sim game.

any suggestions on a average prices wheel? doubt I could afford the g25.

I paid 160 for mine from OC about a year ago so 120 seems good, shop around you might find one cheaper.
P

Martin Bulgin said:
The G27 has just come out so there are some good deals going on G25s.
Click to expand...

But the other side of the coin of the g27 releasing is: you get only oddments of the g25. That could mean: you get returns, repaid stuff, overhauled stuff or broken stuff.

I bought a g25 about 4 weeks ago. The g25 was broken (brake-pedal was damaged). It tooks 3 weeks to fix the damage (in a logitech-repair-centrum).

I was very pissed.
J

I too would love a G25 or a G27 Jason, but finances are tight so I managed to find a Logitech Digital Force Pro (DFP) off amazon for £34.99 a couple of months ago - its not showing as available right now on amazon but I did find this with a quick Google search

£34.99 - ok its not a G25/27 - It does not have a clutch and its not an all metal construction, it does have force feedback, it does have 900 degree rotation, if you want it, and it is a Logitech product. So far I have been quite happy with it - sure I'd prefer the G25 or G27, but that would cost me another £100 - £300 and I simply have other things I would rather spend it on if I had that kind of money spare, like more RAM, a bigger Monitor, faster processor, the list goes on. Anyway just thought I would suggest it - btw mine arrived with a two pin plug and needed a shaver type adaptor to fit in the UK's three pin plug £2.99 from local hardware store..

Let us all know what you decide on and how you rate it once you get it.

Yes it does work with the PC and Logitech profiler - I think Logitech don't make such a big deal of this because it makes their more expensive offerings look even more expensive..

Also Jason the DVD Boxed Race On was released on Friday 13th November in the UK - GAME have it in store at £29.99 or online with free delivery at £24.99 - so you could have the wheel AND Race On delivered for less that £60 ! ! Don't buy the wheel from GAME though, because last time I looked it was £88 from them!

All you need to do then is install everything and get on the RD Casual Servers for some racing!!
J

I dont use clutch for manual gearing, I really should learn to.

Ill have a look on amazon and see if my local pc hardware store can order it online, cheers dave.

Your welcome m8. Just logged back in because i realised the store onthe link I posted charge £9.95 delivery :-((( - they do say collection from Birmingham is possible though if thats any use. 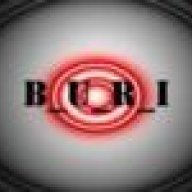 PhDDsaz said:
But the other side of the coin of the g27 releasing is: you get only oddments of the g25. That could mean: you get returns, repaid stuff, overhauled stuff or broken stuff.

I bought a g25 about 4 weeks ago. The g25 was broken (brake-pedal was damaged). It tooks 3 weeks to fix the damage (in a logitech-repair-centrum).

Sounds like you were had over, the G25s in the links above are for brand new products not refurbs or broken ones.
J

I bought the Thrustmaster Ferrari F430 Force Feedback wheel for 60 quid earlier this year and think it's great. Gets some good write ups on the web too...