Guys a quick question, I was browsing throught the forum and I came across a page for GPCOS. Do I need to sign up for this?? What's it function? The about link doesn't really tell you much about what it does.

GPCOS is the part of the site that manages all the leagues.... you don't need to sign-up there unless you plan on running in any of the up-coming leagues...

Andrew Evans said:
GPCOS is the part of the site that manages all the leagues.... you don't need to sign-up there unless you plan on running in any of the up-coming leagues...
Click to expand...

Thanks Andrew. Don't think I'll be up to that standard for quite a while yet :wink:
J

i was hoping to take part in the test day on the 19th with the GT league since the cars featured in it seem to be included by default in GTR-E (Correct me if im wrong). but since GTR-E hasnt come yet and i need to become a premium member of the racing club as well as joining GPCOS (tho i think thats just for this particular league i wanna join) and then set up the team, paint the car and all that, looks like i might miss it. Ah the woes of being a 21st century privateer lol. 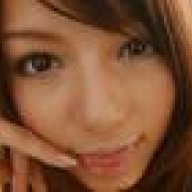 Sometimes I just confuse between the GPCOS and the Racing Club....
J

yes, i think GPCOS manages the leagues, where as the racing club organises non-league races, plus i think you get a teamspeak server with the Race club (i think)

BenLing said:
Sometimes I just confuse between the GPCOS and the Racing Club....
Click to expand...

You dont need to. Racing Club events are exactly as how the are described in the forum non-league races (no points or standings) for members that enjoy eachothers company and want to have a great race on daily basis. No real practice is required but more important is to behave mature like a gentleman.
Racing Leagues (with GPCOS only as a registration tool) is all about winning and scoring as many points as possible. These are weekly or bi-weekly events where in the meantime people train to give their best performance online. Winning doent mean that everything is allowed to achieve that (some people intend to forget that last season). Races are monitored by race directors that act when needed.
J

i wish the gt league would let you be a trial member of the club, rather than a premium member in order to join, i automatically have 2 wait a month now.

Thx Bram. That means I should apply to be a racing member in order to join a non-league race?

All is explained in this thread:
http://forum.racedepartment.com/applications/6717-how-sign-up-racing-club.html