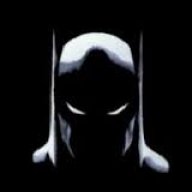 After victorious results in all Formula SimRacing divisions at Montreal Precision Motorsports is approaching Valencia with anticipation - a track where the team scored its first WC victory back in 2009 with Jaakko Mikkonen. The progress of the team can be followed throughout the weekend as usual on Facebook.


Jaakko Mikkonen commented:
"I have good memories here from previous year when I won my first WC race. I dont probably repeat the victory this year, but that doesn't stop aiming for a good result, which should be possible. The track itself is nice to drive. Overtaking isn't easy as its been in couple of previous races but its not too difficult either.
Walls are again quite close and on some places surprisingly easy to hit which might end races for a few drivers."

Ondrej Kuncman, Precision Motorsports team manager commented:
"Valencia is not too different from Canada, however it is more tricky to find the correct car balance while keeping braking stable. Compromise between slow and fast sections in regard to drivability is important too. Overtaking is easier here so qualification is of a less importance. It hasn't been easy in the last week for Precision Motorsports. Quite a few drivers were focused on the successful race in Le Mans, some others were away or struggled with PC problems. We are still not sure of a certain areas in the setup. Certainly repeating the success in Canada will be a huge challenge, especially in the WC. We will do our best as ever though, hopefully find a few more things before Sunday and be competitive."