Amlin Aguri’s Antonio Felix da Costa was the unlikely beneficiary of all the major title contenders hitting trouble, winning a race which started normally enough with the usual spirited battling. But things turned chaotic after a safety car period as the punishing circuit took its toll on the cars, and incidents were everywhere.

In my preview, I expected the Puerto Madero street circuit to be wider and smoother than the previous rounds. Oops. It was definitely wider, but it was also bumpy and dusty, a track whose crowned roads made it easy to wander offline and punish even small mistakes, especially in the dip after turn 1. One of the things I’m loving about Formula E right now is that the circuits seem to get better with each city we go to. I’m not sure it produced the best race so far – Punta del Este had more of a lead battle instead of leaders constantly being forced out of contention. That said, we got plenty of overtaking throughout, some pretty risky moves but not lots of barging into one another.

Many of the teams already suspected that the race could be gruelling for the battery systems, but instead the strain was felt more on the brakes. A couple of fast stretches followed by heavy braking zones, combined with the narrow grooved tyres and bumpy roads made it very hard to stop into the turn 1 hairpin and the hard left of turn 4. Stephane Sarrazin and both Trulli drivers were caught out by the latter during practice and qualifying. Even championship leader Lucas di Grassi got crossed up and binned the car exiting turn 6, but had already done a lap to start 5th. e-Dams’ main challenger Sebastien Buemi, Sam Bird’s Virgin teammate Jaime Alguersuari and Venturi’s Nick Heidfeld made up the top three on the grid.

The race itself saw action right away, Nick Heidfeld slipping around the outside into second despite a slight tap from Alguersuari. It was in these first few laps that the sequence of turns 10-12 most impressed. It always looked nice and fast on video sims, but the small gap between the barriers meant having to thread the car through those corners just right, and made for a camera angle which commentators Jack Hawkins and Dario Franchitti couldn’t stop praising. di Grassi made up for a so-so start with some great moves, making late lunges on Alguersuari and then Heidfeld to reach 2nd.

Then on lap 16 Karun Chandhok’s right-rear suspension got knocked out going through a noticeable dip in the middle of the chicane, causing the safety car period which confused things for a while. Some drivers were in front of the safety car when it came out, others behind it, and it made the laps hard to follow. Chandhok wouldn’t be alone on the sidelines when racing resumed however. Buemi resumed the lead but glanced the wall entering the chicane and wrecked his right front, followed three laps later by di Grassi repeating Chandhok’s rear suspension collapse.

And it’s here that the circuit maybe proved too punishing. The aforementioned dip can’t have helped the cars’ skinny suspension to survive, but Franchitti suggested it was due to load from the batteries’ weight, which are large enough to actually be built into the car’s structure instead of interchangeable (otherwise you would probably see battery changes during pitstops instead of full car changes). Granted, Buemi glancing the wall with his right-front was more driver error, but a small one in an otherwise convincing drive up to that point. That his teammate Nicolas Prost finished 2nd and is just one point behind him in the standings doesn’t really reflect their form in these four races.

It was gutting for both contenders, with victory snatched from both of their grasps (of course I called di Grassi Mr. Consistent in my preview). But from a championship perspective things haven’t changed too much since almost everyone had misfortune in those crazy last ten laps. Their main rival Sam Bird finished seventh, closing the gap to di Grassi to ten points, but he could have won without a drive-through penalty for ignoring pit exit lines. And Heidfeld, even as it looked like he might be the lucky one at last, was caught out for speeding in the pitlane and had his own drive-through to serve on the final lap, leaving da Costa in front until the finish.

So again, a driver I didn’t come close to predicting in my preview took the win. da Costa did well to keep out of trouble, but the Amlin Aguri driver was undoubtedly lucky that so many ahead of him dropped out. Buemi’s teammate Nicolas Prost and China Racing’s Nelson Piquet Jr also benefited by taking podiums, the latter being quietly impressive so far. Same for Alguersuari, who came fourth with good pace but racecraft not as good as others at the front. Heidfeld currently isn’t the only unlucky German out there; di Grassi’s teammate Daniel Abt again lost out (not exactly helped by Prost’s zealous defending), Punta del Este star Jean-Eric Verne wore out his brakes by the end, clumsily coming together with Bruno Senna on the last lap; both at least made it to 5th and 6th. Marco Andretti at the family team was the only new driver last weekend, and perhaps understandably he struggled to make an immediate impression (though is it fair to compare his debut with Vergne’s in the same team?)

Now we have another two-month break until the next race in Miami (14th March), and looking at the Biscayne Bay circuit I wonder if the very short, right-angled loop will keep up this winning streak Formula E's on. But I was wrong about Punta del Este, so…

What did you think of the race? Did you have a favourite moment? Where would you rank this circuit in relation to the others so far? Comment below!
Last edited by a moderator: Jan 18, 2015
Reactions: Nox, DesKane, Jimlaad43 and 1 other person

That race was nuts, what was JEV doing at the end? He looked like Maldonado

@Yuri Kasdorp I think his brakes were worn out by the end, he was constantly locking up and didn't trouble the apex into turn 1 earlier on the last lap. 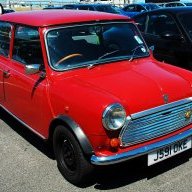 Awesome Race, they were absolutely gunning it, I will be watching this again !!

A very good race. I think it was the best. We have seen lot of moves which were a success or not.

Lucas di Grassi had a good pace and he was so quick. A very impressive driver during this race. Unfortunately, he made a mistake.
Besides, I liked the moves involving Vergne, with very good fights.

Pi_2R_0 said:
A very good race. I think it was the best. We have seen lot of moves which were a success or not.

Lucas di Grassi had a good pace and he was so quick. A very impressive driver during this race. Unfortunately, he made a mistake.
Besides, I liked the moves involving Vergne, with very good fights.
Click to expand...

What mistake do you mean, didn't his rear suspension just snap coming off the kerb?

Frank said:
What mistake do you mean, didn't his rear suspension just snap coming off the kerb?
Click to expand...

He didn't stay away from the kurbs.