Formula E returns this Saturday after a much shorter three week break between races, and this time it’s off to the beaches of Uruguay! The pit and paddock have basically been built on the sand as the tight roads lining Playa Brava Beach present the drivers’ next challenge.

Audi Sport ABT driver Lucas di Grassi and Virgin Racing’s Sam Bird each have more than twice the points of anyone else so far, and will obviously want to continue their run at the front. Already we are seeing that even in these short, two-car races, maintaining momentum is more important than outright speed, and these two may have done it best. But beyond raw results there are plenty of other challengers. While e-Dams drivers Sebastien Buemi and Nicolas Prost certainly have the pace, Buemi taking third last time and the latter having set the fastest time in both qualifying sessions so far, both will still want a trouble-free weekend, as will di Grassi’s teammate Daniel Abt, who dealt admirably with having to desperately conserve power. Add Mahindra’s Bruno Senna, Venturi’s Nick Heidfeld, Andretti Autosport’s Franck Montagny, all of them could potentially win if their cars keep running and they keep it out of the wall. This was something Senna couldn’t do in Putrajaya, but poor Heidfeld can’t help others barging into him! Look to see him get more sympathy FanBoost(!) votes for the race…

The tighter circuit this weekend won’t help them, switching from Malaysian highways to Uruguayan beachside roads. Yet Punta del Este has a longer motorsport tradition than Beijing or Putrajaya, serving as a Formula 2 and 3 venue in the 1980s and 90s, although on a much different circuit. This newer track has hosted South American TC2000 touring cars in the past few years, and has been slightly modified for Formula E’s visit, as the link above roughly shows (obviously not a Formula E car, but it’ll do). Unfortunately, of the 1.7 mile layout’s 20 turns, I’d count almost half as chicanes. Beijing provided about as good a race as could be expected from its Olympic Green circuit, but being riddled with chicanes meant a lot of single-file running throughout, and that could be the case here too. I’m not sure if it’s the organizers being conservative in the series’ first year, but the cars’ slower speeds than most single-seaters makes me wonder if they’re all totally necessary. The patchy road surface combined with the narrow Michelin all-weather tyres should hopefully make it entertaining to watch the cars thread through the corners.

After a couple of driver changes in Putrajaya, it looked like the lineup would be the same for this round. Maybe that’s unreasonable to expect, given Formula E’s barely established status, and so it proved. Antonio Garcia stands in for Ho-Pin Tung at China Racing, as reported former Toro Rosso driver Jean-Eric Vergne is with Andretti, and due to Katherine Legge’s testing duties with DeltaWing in the United Sportscar Series, the Mexican F3 and A1GP veteran Salvador Duran replaces her at Amlin Aguri, perhaps appropriately adding some more South American flavour to the grid alongside Brazilians di Grassi, Senna and Nelson Piquet Jr.

Racing in Uruguay also means much more convenient TV times than the last two rounds! Qualifying is at 2pm UTC this Saturday, which you can follow through Formula E’s live online stream here. It’s also available for the race, or you can watch ITV4’s coverage, starting at 5pm with the race at 6pm.

Will you be watching the ePrix on Saturday? I won’t make any predictions for the race or the season just yet, it’s still too early to tell, but is there anyone you’re rooting for to win? Any FanBoost voters among you? Comment below!
Reactions: Dmitry Sorokin, fagnercv, Pi_2R_0 and 1 other person

I will be watching the ePrix on Saturday, because I want to see Jean-Eric Vergne.

With only 2 rounds, it is difficult to make a prediction. Audi Sport ABT and Virgin Racing are at the head of the championship now with good drivers.
Last edited: Dec 12, 2014

Quick question: Is the live-stream on the official formula-e website region-locked?
There is no TV-coverage here and I don't want to wait for somebody to upload the race on youtube again...

@Philip Heck There is a scrollable list of countries with access on the Formula E streaming page, but Germany isn't on there, sorry 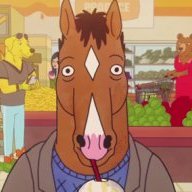 Pi_2R_0 said:
I will be watching the ePrix on Saturday, because I want to see Jean-Eric Vergne.
Click to expand...

That's funny because when I watched Formula E it was to see Charles Pic racing.

Jordan Adcock said:
@Philip Heck There is a scrollable list of countries with access on the Formula E streaming page, but Germany isn't on there, sorry
Click to expand...

Sky does broadcast it maybe? So paying is key once again.
Ah wait. Maybe Sport1 has some coverage on Sunday. But not the full race I think.

Yes, Sport1 are showing about 5min of "highlights" ...

Is anyone else not being able to load the Formula E site and its streaming section?

Heidfeld, Vergne and Duran get FanBoost!

https://www.itv.com/itvplayer/itv4 Live streaming here, if you get a message saying its not available in your region, use this: https://chrome.google.com/webstore/...ternet/gkojfkhlekighikafcpjkiklfbnlmeio?hl=en

FE need to get the Safety Car correct. Once again, they've waited for everyone to be going past before deciding to send out the safety car

The battle between Vergne and Buemi was awesome.

I found the race today to be full of crashes and incidents, then I look at where the race way held, near a place called Maldonado, it all makes sense now

Great event, I loved the setting and track. To be completely honest, the chicances looked slower on paper than they actually were. Looked like there were more people here than any other race thus far. I really hope this race becomes a mainstay on the calender and is eventually looked upon as the Monaco of Formula E, 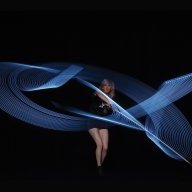 A shame that Vergne didn't win! That would have been epic!