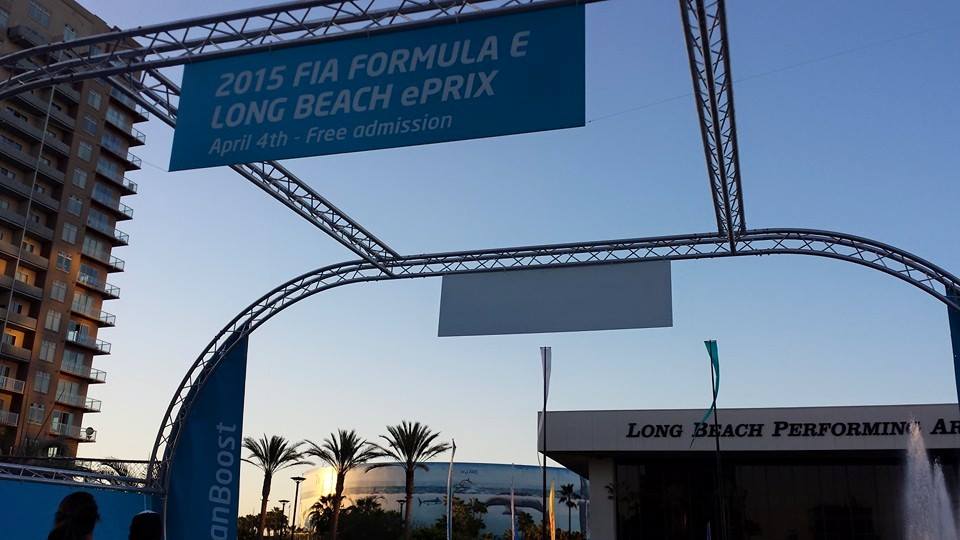 The series is running on a slightly revised schedule here in order to maximise recharging in the remote pit garages, with three 25-minute sessions instead of the usual two longer ones. This shorter, 2.1km version of Long Beach has its own unique corner in the first chicane next to pit exit, separated by a hard wall. Across all three sessions it also proved the biggest challenge for the drivers, and the cars could regularly be heard bottoming out on the kerbs.

After finally scoring good points last time in Miami, Daniel Abt’s (Audi Sport ABT) bad luck was back as he rode the kerbs before clouting the barrier with his right-front, bringing out the red flag and effectively ending the session with five minutes to go.

China Racing are sporting a new grey-and-yellow livery this weekend, while Nelson Piquet Jr’s helmet references his father’s classic design, it being thirty-five years since the Brazilian took his first grand prix win at Long Beach. His son promptly went fastest in the first session ahead of Bruno Senna (Mahindra) and Scott Speed (Andretti Autosport).

Abt wasn’t the most unfortunate one out there, as Speed’s teammate Jean-Eric Vergne lost the rear at turn 5 trying to pass Lucas di Grassi (Audi Sport ABT) and struck the tyres, the front then snapping into the wall. That meant another red flag and a wrecked car for the Andretti team to rebuild with only a few hours until the race, including replacing the gearbox. di Grassi continued to go fastest at a very brisk 57.305 seconds.

But if Vergne was phased by his accident, he didn’t show it as he drove his second car in the third session and set the fastest provisional time. Then di Grassi went out and immediately went three tenths quicker. The third session was overall quieter than the first two, with the drivers having ironed out the big mistakes and most focusing on slower race pace. With another sub-58 second lap di Grassi was quickest again, making him the man to beat going into the qualifying session later today.