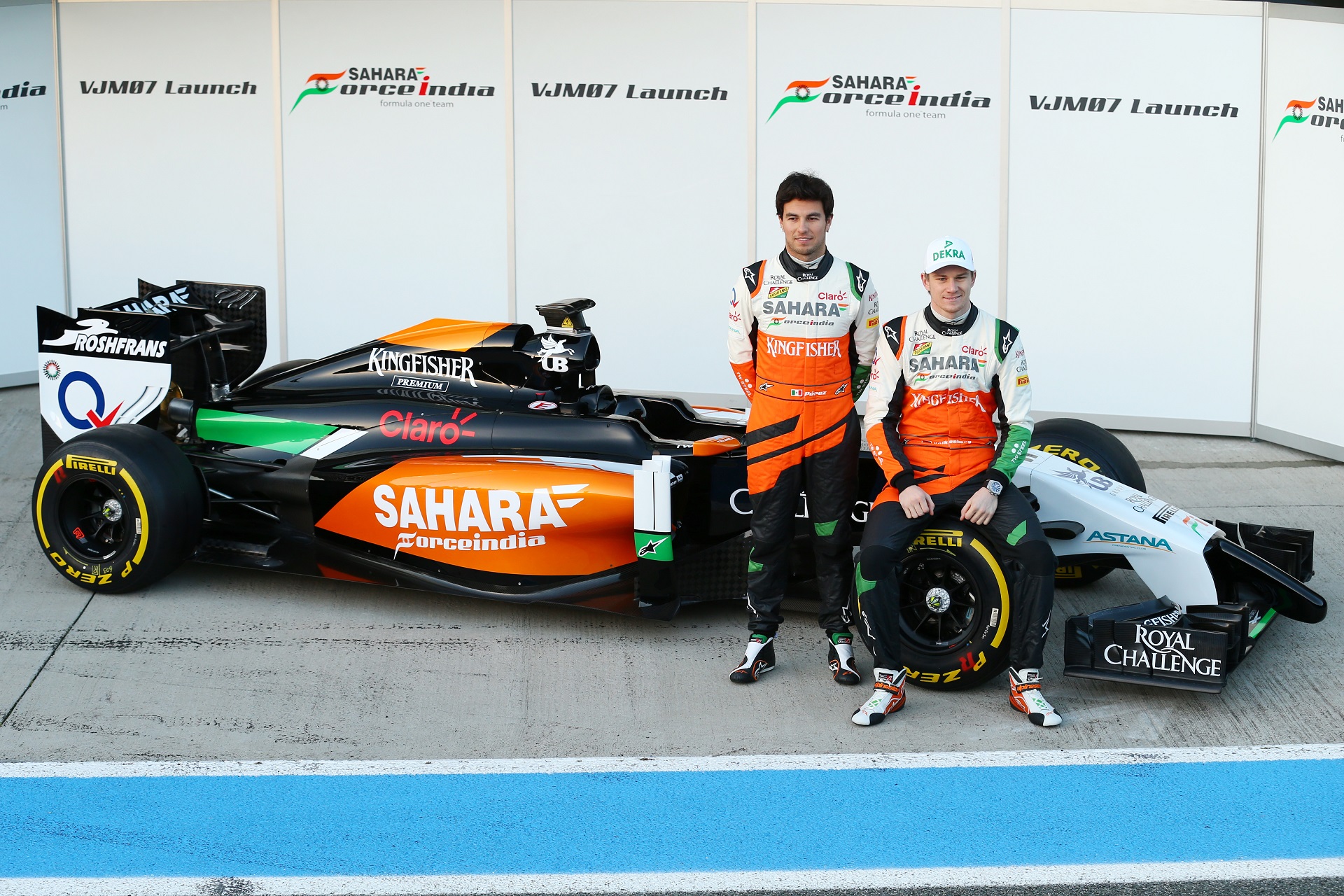 Most of the talk around this period now centres on drivers moving to different teams for the 2015 season. However, the latest reports suggest it appears the two highly rated Sahara Force-India drivers Nico Hulkenberg and Sergio Perez will remain with the team for next year.

Whilst this is hardly surprising with the lack of top line drives available for 2015 and the increased competitiveness of Force India this year, some will suggest this is a good example of how poor the current F1 driver situation is when two highly rated young drivers appear to be forced into staying with a mid-field team because of a lack of opportunities for a race winning drive. Both have shown their quality so far in 2014, with Hulkenberg scoring points in every race but one and Perez securing a podium at the Bahrain GP.

Team boss Vijay Mallaya is very happy with his two drivers this year and has been quoted as saying he see's "no reason" why he would want to change the driver line up for next year, whilst also revealing he has options for both drivers to continue next year.

For the drivers themselves Hulkenberg told Crash.net "I think there is a very good chance [of staying], but in terms of my future there is nothing to report, We are getting the races behind us and then we can get into a position to stay here or look at what is going on."

Sergio Perez is less committal about his future at this point of the season as he stated "
I haven't made my mind up. I think it is likely I will stay here but anything can happen. We need to sit down and to discuss for the future and see what is best. We haven't talked much about next year, but we will take the opportunity of the summer break to decide for the future."

At this stage it appears very likely both drivers will remain with Force-India for another season in 2015, although nothing is certain in F1 and both drivers are on the hunt for a race winning drive. How long do you think both will remain at Force India for?
Last edited by a moderator: Aug 17, 2014

Staff
Premium
Both excellent drivers. Force India are very lucky to have an ace pilot like Hulkenberg in their car.

I agree with Bram here. FI can count themselves lucky to have such a driver lineup. Really don't understand how none of the front runners have picked up Hulkenberg yet and Peres is very talented, although a bit too risk happy. Both have driven an excellent season so far.

I thought they'd already been confirmed?