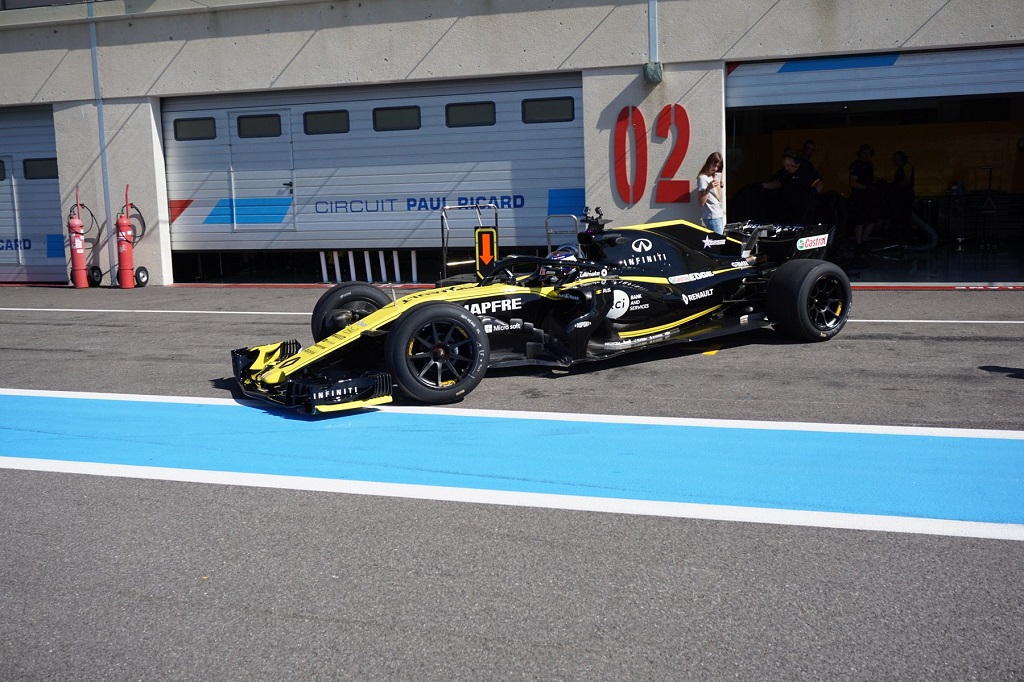 Straight off the back of the Monza F2 demonstration, Pirelli have been on track for the first time with the new for 2021 specification 18-inch Formula One wheel.

Bolted on to the test mule Renault F1 car of former Williams racer Sergey Sirotkin, Pirelli are present for the remainder of the week at the Circuit Paul Ricard in France, putting the first laps on the new 18-inch wheels set to be introduced into Formula One for the 2021 season.

Having already completed substantial testing with the F2 specification rubber during the course of the last 12 months, Pirelli admitted they have started running in Paul Ricard without any set expectations on how the vastly different wheel and tyres will perform in France:


“We started the F2 tests with 18-inches. That is going quite well, so hopefully we have the same result with Formula 1,” explained Pirelli’s Head of F1 and Car Racing, Mario Isola. “I don’t want to call it a ‘shakedown’, because we are going to test for two days and we have a programme that is quite big.​
“We want to test different solutions to have a better idea. We have these three sessions to understand and assess the baseline for next year and then, obviously, we will have a full year of development next year to finalise. The challenge is big, as I’ve said many times…”
​
Sirotkin managed a respectable 94 laps in pleasant weather at Paul Ricard, with no official times or comments about the performance of the new tyres released by either Renault or Pirelli. 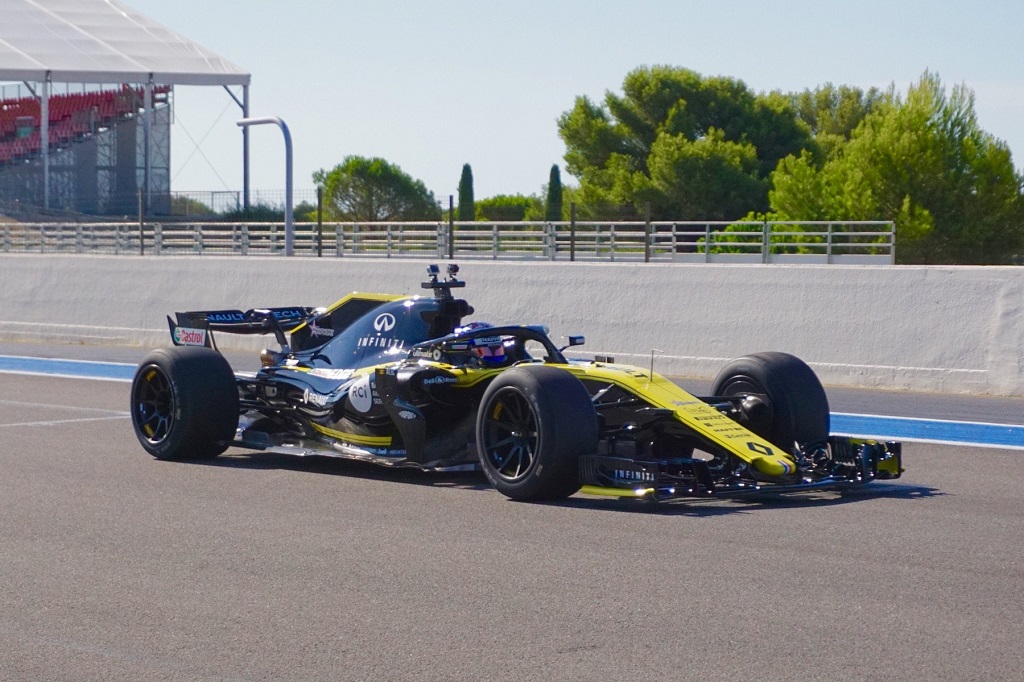 Pirelli are expected to consider substantial additional running with the new wheel and tyres over the course of the next few months.

Anyone who says "oh I wish F1 sticks with 13 inch wheels because they look better" after seeing this needs an urgent appointment with an eye doctor.
Last edited: Sep 12, 2019

I have to say, it looks very better than I thought.
O

They should run with no tires, might make the racing more interesting.

Hey you know what...let's put rim covers on them! 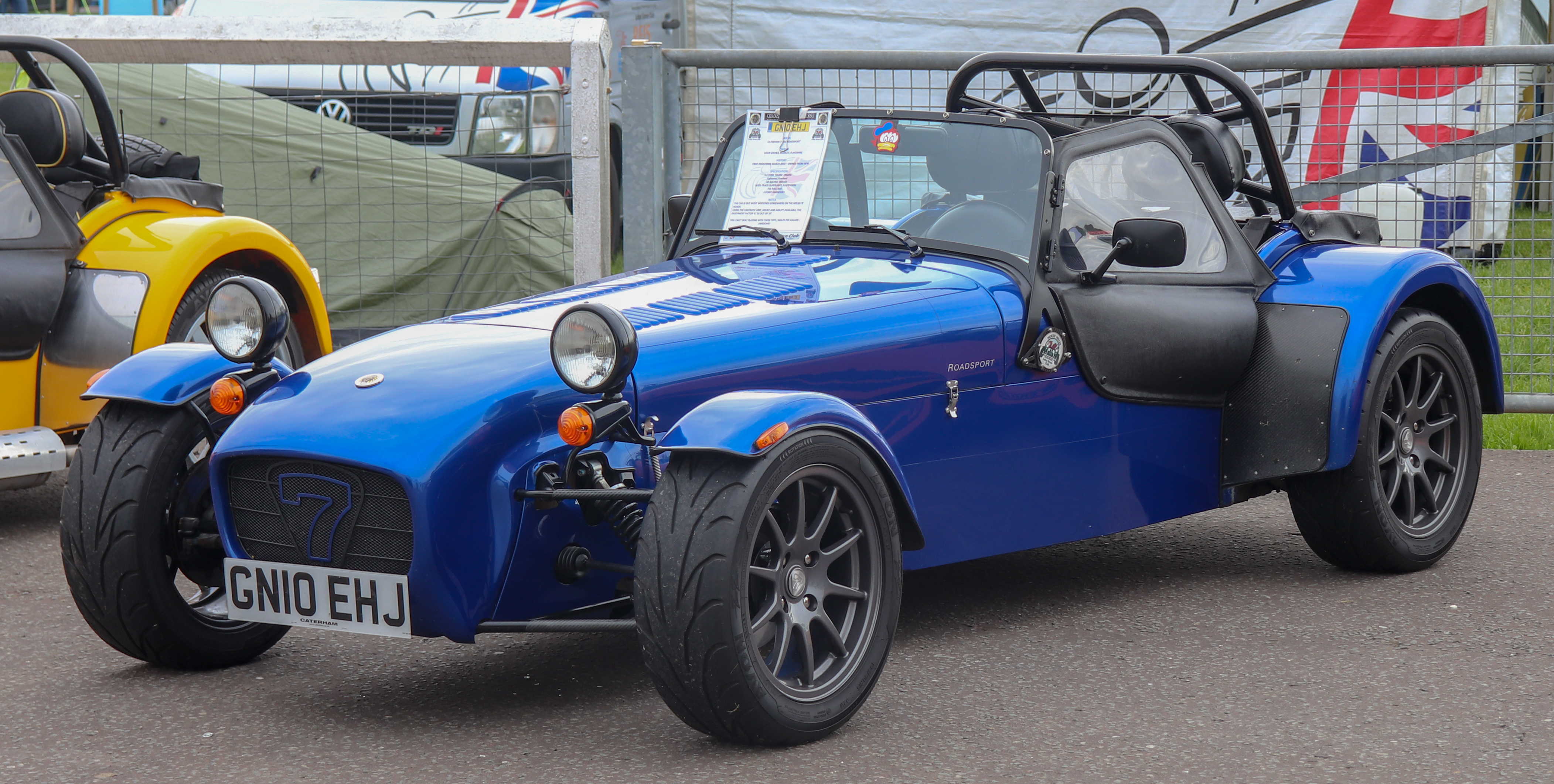 I do like the look. Especially on the rears, it lets the rearwing look much lower then it actually is.

larre90 said:
I do like the look. Especially on the rears, it lets the rearwing look much lower then it actually is.

You will have to excuse my noob-ness...lol...What is the idea to having the larger wheels / tyres?...better grip, handling...it does look great though.

Looks kickass I must say! Then some of the teams will color them, or chrome them and bling! The only thing left ugly are the colorings of different compounds. I wish they just choose neutral color, like black, white and grey, not violet, red and pink like last season...

I thought I'd hate them, but seeing them on an actual car has definitely changed my mind, they look awesome!

Looking great! He could have added them for next year.

So it seems the overall diameter hasn't changed (not much at the least) but the tire aspect ratio / height is lower to make it stiffer?

Drivers say "Looks good, but my spine and pelvis are going to turn to dust" The normal stuff on track will be ok, but if these boys get it wrong and launch over a curb at Imola or Singapore

black does look much better on the rims than silver

Like anything beauty is in the eye of the beholder but I'm not a fan. I know why they're doing it. It makes more sense for the tire companies but those big kick-ass tires of yore just looked like they meant the business. These look delicate. It's like putting a 22 inch wheel on a funny car. Might be closer to the road car but then again a F1 car or a funny car have pretty much zero in common with the road car. But hey, progress baby!

One other note and I can't find where I read it but it has been suggested that the smaller rims meant the designers couldn't go big on brakes. With the increased rim, if they do not want braking at the 25 metre sign, they'll have to write it into the regs for 2021.
Last edited: Sep 13, 2019