The mod has been officially deleted.
T

Love this mod. Hope the download link come in this day.
P

It's your lucky day, teemes. The files are indeed out there.

porridge said:
It's your lucky day, teemes. The files are indeed out there.

I have to up this thread for an important announcement.

In a rival site, you may have seen that there is a file that's called something like "J.Lehtinen 1.1". I ask everyone not to pay any attention to it. DO NOT DOWNLOAD IT. He does credit my work, I give him that. So what I'm on about exactly?

Well, he's not a finn, so I just don't know why he even bothered. He seems to disagree with some basic content, but looking at how he's changed the speed classification, he clearly hasn't got a case. He has no idea about the finnish pacenote system. Saying that, I know very well my own system isn't 100% realistic just because it can't be 'cos the rbr's pacenote system is what it is (7-step instead of something like 12 or 13-step). But the changes he's now made are just bloody unbelievable.

My consolation is that the finns who may have been interested in my project must have already got my files (and liked it or disliked it, whatever the outcome). What I'm worried is that there could be people who may now think that any mistakes originate from my own work. When they're clearly not.

This may now lead to some changes in my publishing strategy. And I have to weigh my options.

I find this sickening since I have "big plans" and now this is something I have to put up with. I can understand that something like this happens all the time in a certain footy game community, but also in RBR community? With a small marginal finnish co-drivers project? Oh dear.

If only this "MODIFIER" would have asked me about certain things, we could have had an argument about various things, at least. But now I'm just furious. Anyone can obviously do changes to CoOther.inis and so on but there's no need to release anything publicly. Keep them to yourself, please.

EDIT. "THE MODIFIER" HAS NOW APOLOGIZED TO ME; AND I'VE ACCEPTED THAT. But I'll still leave a slightly toned-down version of my original ranting here just to make clear what is my opinion about these "re-releases"... for future references.
P

The "worldwide" release of TFCDP v01, the initial pack was originally released in Finland on 27.10.2010. The download links and English instructions in the first post. 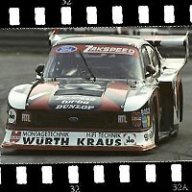