One of the purposes of the regulations under Article 3 below is to minimize the detrimental effect that the wake of
a car may have on a following car.
Furthermore, infinite precision can be assumed on certain dimensions provided it is clear that such an assumption
is not being made in order to circumvent or subvert the intention of the relevant regulation.

They've also banned the centre sections on the Brawn wing front too.

Probably means Brawn, Williams and Toyota will have to redesign their diffusers with 1 week before the first race....

Yet again the FIA show how very compenent they are

It's getting a comedy with a few more days left, lol..

The really dont like anyone but Ferrari winning do they. They are doing there best to make it even more boring. Brawn looked fast but they ssoon sorted that out for there mates at higher budget teams hey. :bad:

Well.. anyone who has put money on BGP are going to be pig sick >_>

Thanks for the news Damian.

Do you also have a source of this info?
Nothing yet on f1live.com, formula1.com, fia.com.

[Edit]
Oh I see, they have changed those documents today.
B

F1 won't be around in 5 years time, its becoming more money grabbing and rediculas every day.

Ramon van Rijn said:
Thanks for the news Damian.

Do you also have a source of this info?
Nothing yet on f1live.com, formula1.com, fia.com.

[Edit]
Oh I see, they have changed those documents today.
Click to expand...

They haven't exactly banned them yet ( mis leading title ) just changed the regulations so they will have to change them it looks like.

This won't happen until after the Melbourne race according to Bernie:"I guarantee whoever wins the races in Melbourne will be told they are cheating, and it doesn't matter who it is," he explained. "In this case it seems two teams, maybe three, certainly Toyota and Brawn, have interpreted the regulations in a different way to the other teams.

"The FIA at the moment says that interpretation is correct, but possibly some other teams will put in a protest before Melbourne. It won't affect racing but will be looked at after."

Bassicly telling the teams something is legal, they test the hell out of it through winter then when the races start they say what they are using is now banned....
B

FIA seem to change their rules like i do socks.

Simon Trendell said:
Well.. anyone who has put money on BGP are going to be pig sick >_>
Click to expand...

Anyone who places money on an F1 race needs their head examined if you ask me.
B

LOL, sarcasm was involved there like, but alately they just seem to be swaping and changing things alot.

No, you're right, and the decisions never seem like they benefit the teams who don't race in mostly red either...
L

The sooner Bernie and Max have heart attacks the better. Or alternatively, a breakaway series is formed. 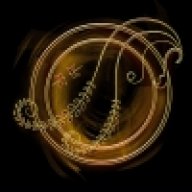 F1 going nowhere. After this ridicioulous winning championship rule. Now this what's next?

Number of tyres limited for weekend: 5?

I still think rules should be relaxed, only parts that can be banned are for safety concerns. But teams can spend a maximum budget each year and let their minds go free. Then you can't moan that costs are out of control, no more silly rules.

Well thats the optional system from next year. Personally I think for that to work they need to fix regulations for longer periods so that teams that run the budget can more easily use last years parts and develop over areas in future seasons.

Almost like rebuilding a footy squad. Little bit each year till they peak.

Warning, another boring F1 year ahead.

I dunno, I think the races will be exiting again, but as allways there will be stuff like this that ruins it, like guy with most wins wins championship, so effectly championship could be over after 3-4 races.....

Just have to hope there's lots of action on track.

They brought slicks and these new regulations in to also slow the cars down, but they have failed to do that, so far they are about 1 second faster then last years cars.
B

Slick tyres are doing that part i guess. But why slow it down, like saying Nascar is dangerous, which in its own right it can be, but there getting faster and the sport has never been tried to be slowed down, just made safer, same with Indycar, yes they do only turn left like, but thats besides the point, its just as dangerous and F1 should take a leaf out of their book and just focus on safety, not illegal diffusers and crap like that.

Something i'd like to be seen done is for them to cap the amount of money teams are allowed to spend, maybe the prices might be able to come down for spectators then, or is it just us British that get skanked!

It's actually in the favor of McLaren too, they did better times now, at least Kovalainen did.

They penalize some of the fastest teams there, it's a shame! They should have made the rules clear before the winter testing, it's not fair to do this! FIA makes F1 ridiculous... BTW how is it that they ban diffusors and front wings in F1, while letting TDI Seats win all the WTCC races?...
You must log in or register to reply here.
Share:
Facebook Twitter Reddit Pinterest Tumblr WhatsApp telegram Email Link
1 comments
Please Read: Find your daily ACC Racing Club races now on Simracing.GP
2 comments
GT Sport | Build 1.60 Is Here With A Few Minor Fixes
24 comments
F1 2020 | The Cars Of Michael Schumacher
3 comments
Esport Minute | A Round-Up Of Sim Racing Esports Action
12 comments
Drift 21 | Substantial Handling Update Improves Wheel Support + New Car