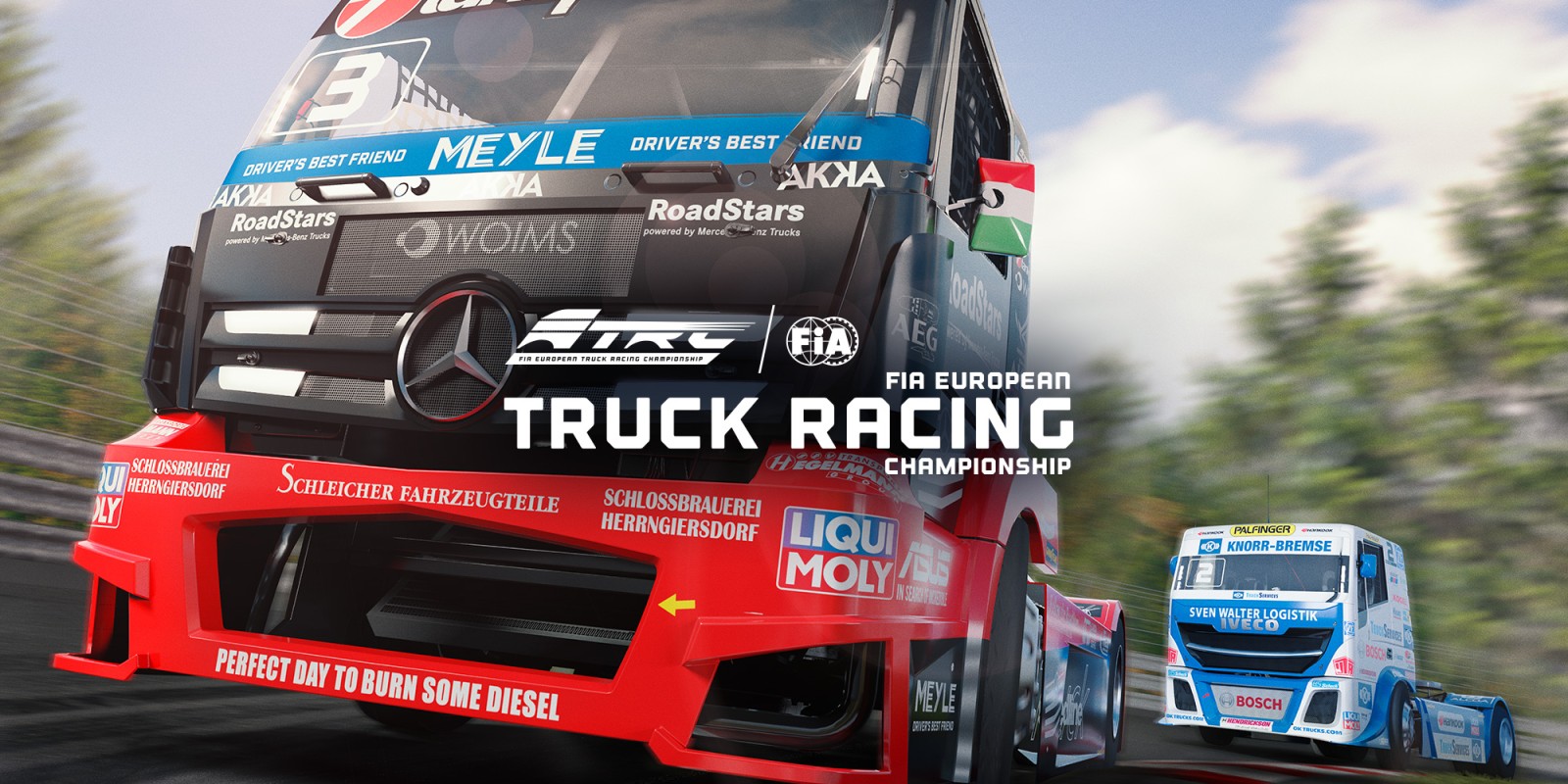 Based on the real world FIA European Truck Racing Championship, the top level of professional truck racing, the new and rather different FIA ETCR game has been in the wild for a little while now, available on both console and PC as part of the worldwide release.

Not a category of racing that usually gets much attention from sim racing developers (Automobilista aside), the choice of game and design direction is certainly a brave one from Bigben, and so far the title appears to have been received reasonably warmly from the racing game community.

In the spirit of addressing any issues reported since release back on July 18th, N-Racing and Bigben have deployed a little hotfix update to the game, details of which can be seen below:


Stay tuned for more news from the game as and when it becomes available..

The FIA ETRC game is available for Xbox One, PS4 and PC now.

Check out the FIA ETRC sub forum here at RaceDepartment for all the latest news and discussion about the game.

Paul Jeffrey
RaceDepartment Editor-in-Chief, occasional YouTuber, commentator and broadcaster, with a passion for motorsport on both the real and virtual racetrack.
Reactions: MarkR 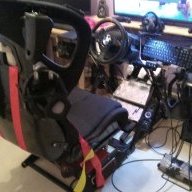 Well umm yeah but no but...

So on the upside, the developers did respond directly to my contact with them about the career credits issue and this was 'fixed' in v1.1.

After my first v1.1 update career race (in career season 2) 2000 credits were correctly applied to my team/career account. I then updated all elements of my truck to tier 4 reliability and performance), one race win makes this possible depending on the starting state of the truck. 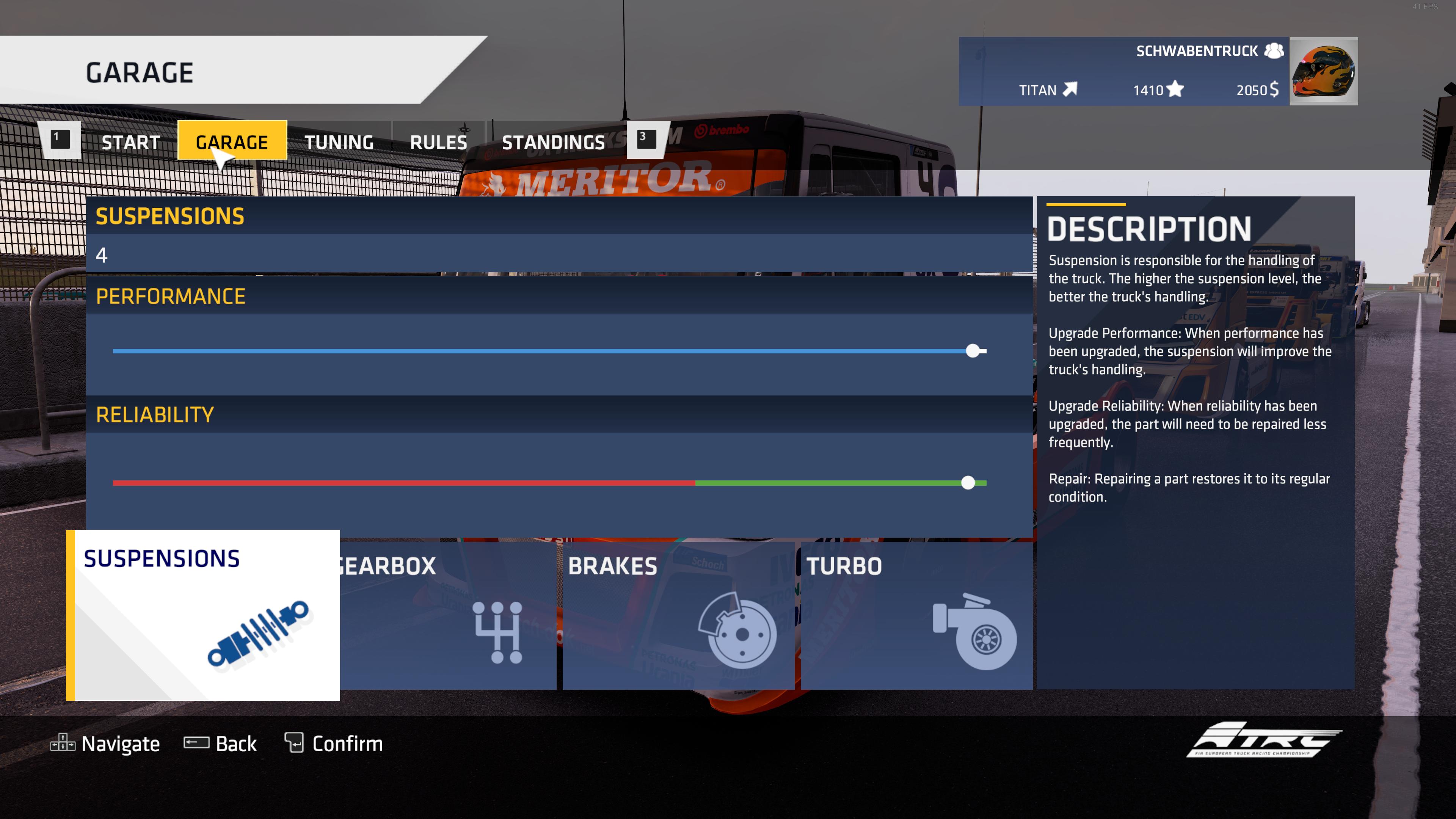 After race 2 the 2000 credits were also correctly applied. I then repaired the suspension for what should have been 275 credits and this happened (see credits in top right-hand corner of the screen). I'm now -995275 credits in debt. This screenshot was taken after winning race 3 and the credits did correctly reduce my dept from -997275 to -995275 so I suppose that's something. 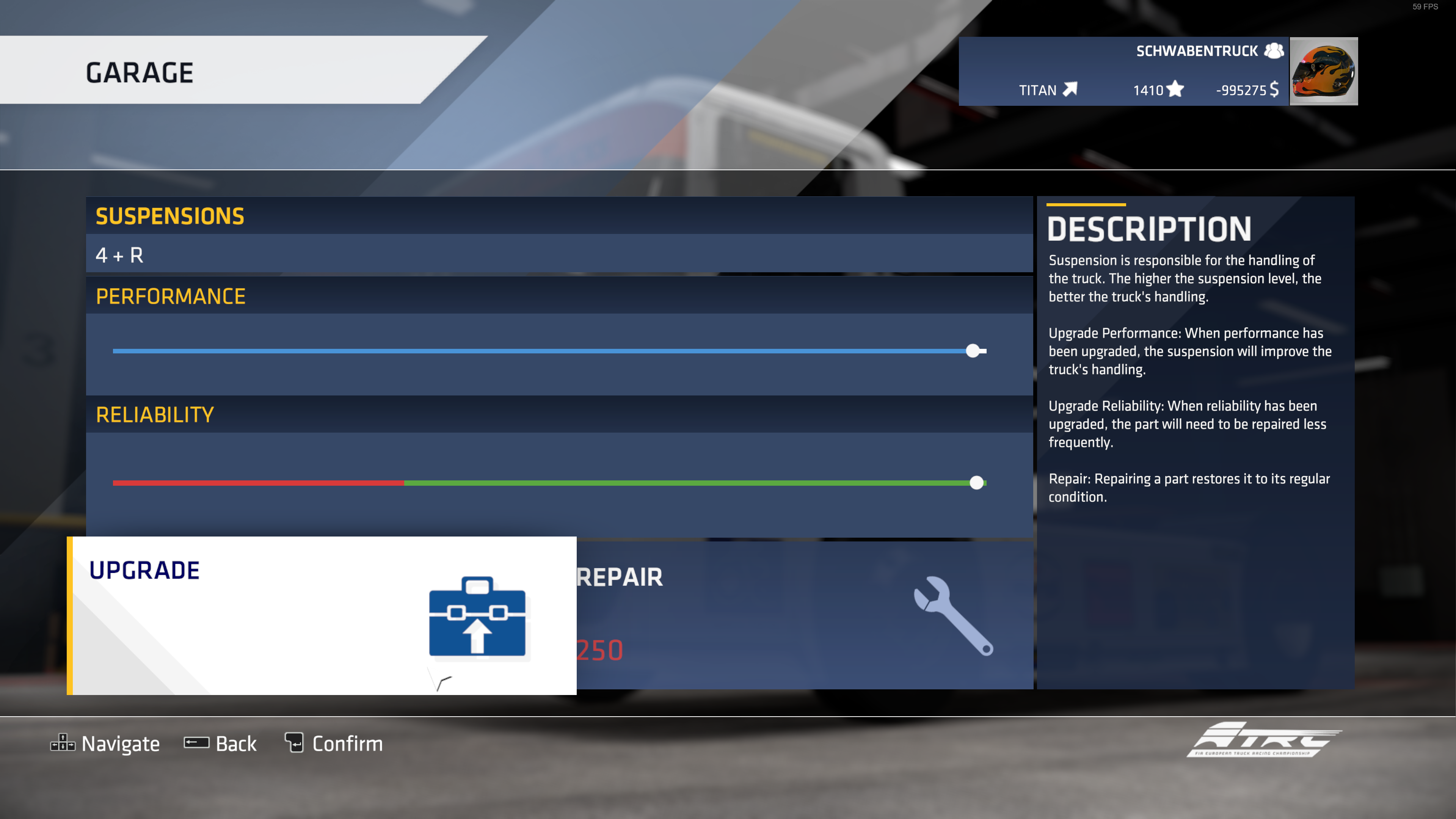 Update: I found the answer to the credit issue, it seems the game has charged far more for the upgrades than stated on the screen (250 credits is the maximum upgrade price!). What should have been 1275 in upgrades has been charged as 1001275! Previously the game didn't allow spending credits the player didn't have so this looks like something has gone seriously wrong (pretty sure it was when I repaired the suspension that this occurred!). 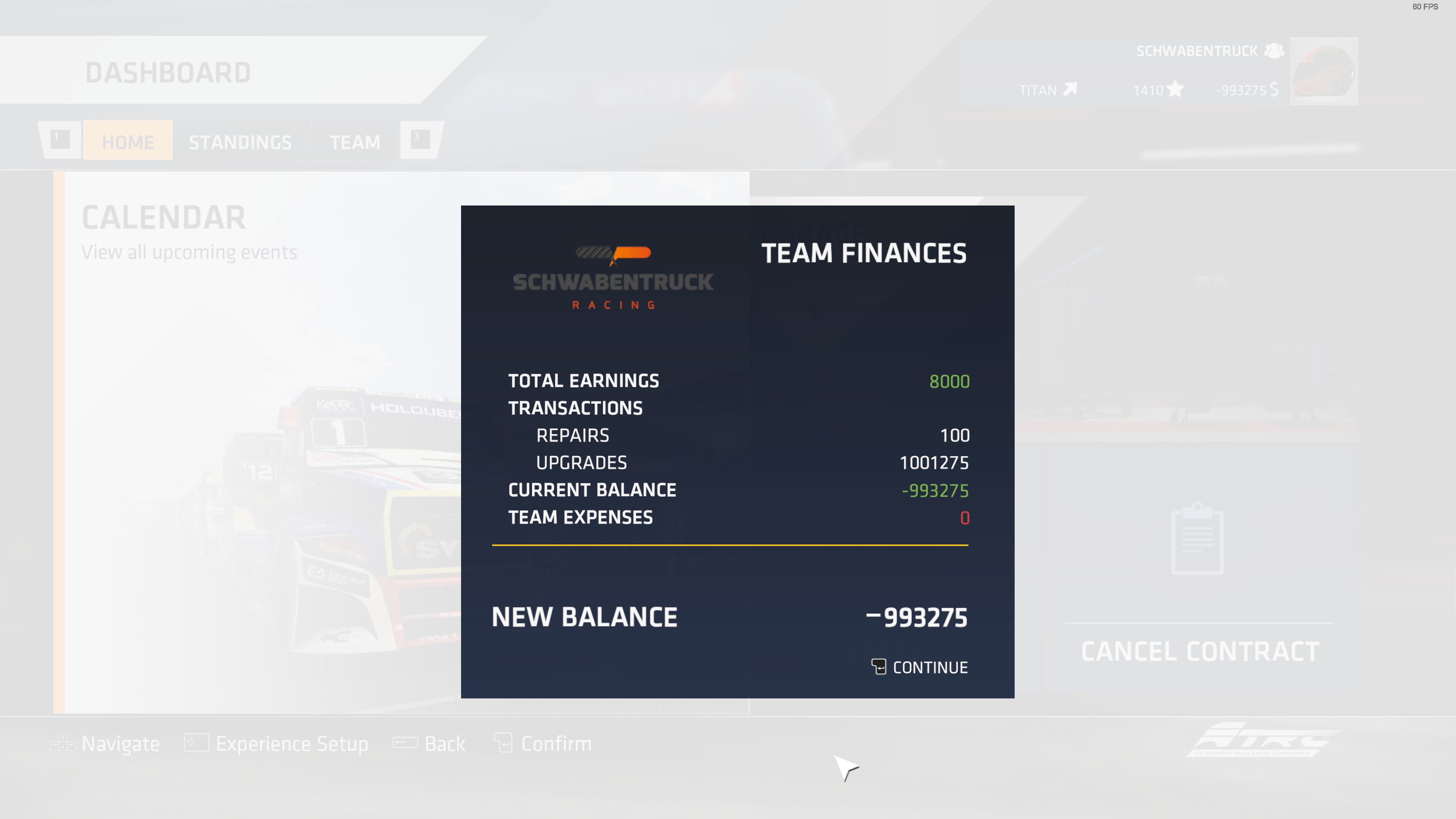 I've contacted the developer again so let's see what happens! One step forward, 2 back by the look of things.

There was no update to the AI so in any case, the career remains incredibly easy to win - especially if the player uses a manual clutch as this boost performance significantly). The career credits are also too generous as one win will allow full upgrades and reliability to be purchased. More work is needed for sure as this was just a hotfix maybe we'll see more soon.
Last edited: Jul 31, 2019
Reactions: Lentoveloz and M D Gourley 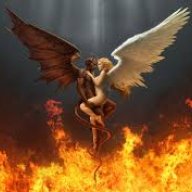