FFB paramaters are bizzare to me!

I've spent a lot of time playing around with FFB settings and I'm kind of familiar with signal processing but I can't really grasp why SMS have done it the way it is. Maybe someone can explain their relevance as I'm kind of new to simracing.

So you have "Relative Adjust" which is vaguely described like a mid band compressor with upward or downward use. Having at 1 would have no effect I would imagine. Below that would dull the response and above would be fake... Maybe this simulates power steering. Anyone have any insight?

Then after that method we have another way to dull the feeling with Scoop. Why isn't this called a high pass filter or low shelf or something along those lines? Is it different? Why would anyone want to do this? On a T300 and no Scoop I find the road feel from small forces is lacking already.

And then we are presented with an option to put the force into the higher force output (or lower). Is this so we can now feel all the forces that we have scooped out??? And why does the soft clip go to 10??? If your hitting 1.5 you surely have a problem already. Yeah yeah it's a ratio but why 10? Why don't I just set FFB to 10 instead of 100? It's bizarre I tell you!!

It's almost as if they where lazy and just thought "**** it, give some signal processing tools, they'll figure out how to make it feel good"

totally agree, i lost the will to tweak the ffb now, as what ever i do feels crap... So i just use bmanics wheel ffb settings then just set the car ffb fx etc to 100 and adjust the master to how strong i want it. The arm angle i cant actually see what it does. Yes its all an excercise in frustration...

Jack Spade now has 5 files Dan, have you tried those?

yeah.. i really liked the 5th folder (forgot name of it.. is it bumps etc)

But havent got the files anymore.. and banned from wmd lol.

Msportdan said:
yeah.. i really liked the 5th folder (forgot name of it.. is it bumps etc)

But havent got the files anymore.. and banned from wmd lol.
Click to expand...

that would be much appreciated jim.

Msportdan said:
that would be much appreciated jim.

Do you have dropbox? I can drop them in there or email whichever.

i havent can you add to this post if possible,, there only small if i remember.

Msportdan said:
i havent can you add to this post if possible,, there only small if i remember.
Click to expand...

Yes ok, I'm not home from work till after 7 pm though but I'll get straight on it. 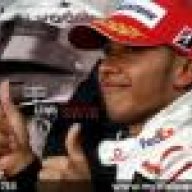 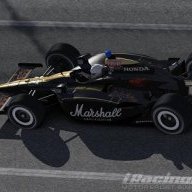