Few questions regarding a wheel+pedal sets and simrigs in general 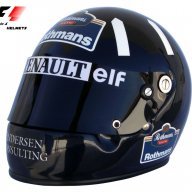 This is pretty much my first real post to the forums after couple of years of just browsing and reading different topics.

I've finally decided to "upgrade" my old workhorse: The XBox 360 pad which i've been using for many years now and will be picking up some kind of entry level wheel and pedals.

I've been going through different reviews and pretty much got my eye on the Fanatec CSL Elite F1 set since i get wheel, wheelbase and the pedals on the same package. I've also been looking the Logitech G29 and had a chance to test it out but since i don't have a real comparison between these two i really can't say much which one i would like. I could get the G29 for 199€ from a local store so it would be a lot cheaper than the Fanatec one, but what i've understoond the Fanatec would be a better option regardless the price?

Also i might try to do some kind of DIY rig since i have a spare seat to my car which is collecting dust in my garage but i'm kind of a noob about the requirements of the PC when getting a bigger screen. I currently have i7 9700K + 1070Ti and old 24" 144hz 1080p BenQ as my screen and propably would need a bigger one. Would my computer be enough to have stable +60fps if i upgrade my screen to 27" or bigger 1440p screen?

English is not my native language so please excuse me if something is not explained properly, feel free to ask if you can't understand what i'm trying to say