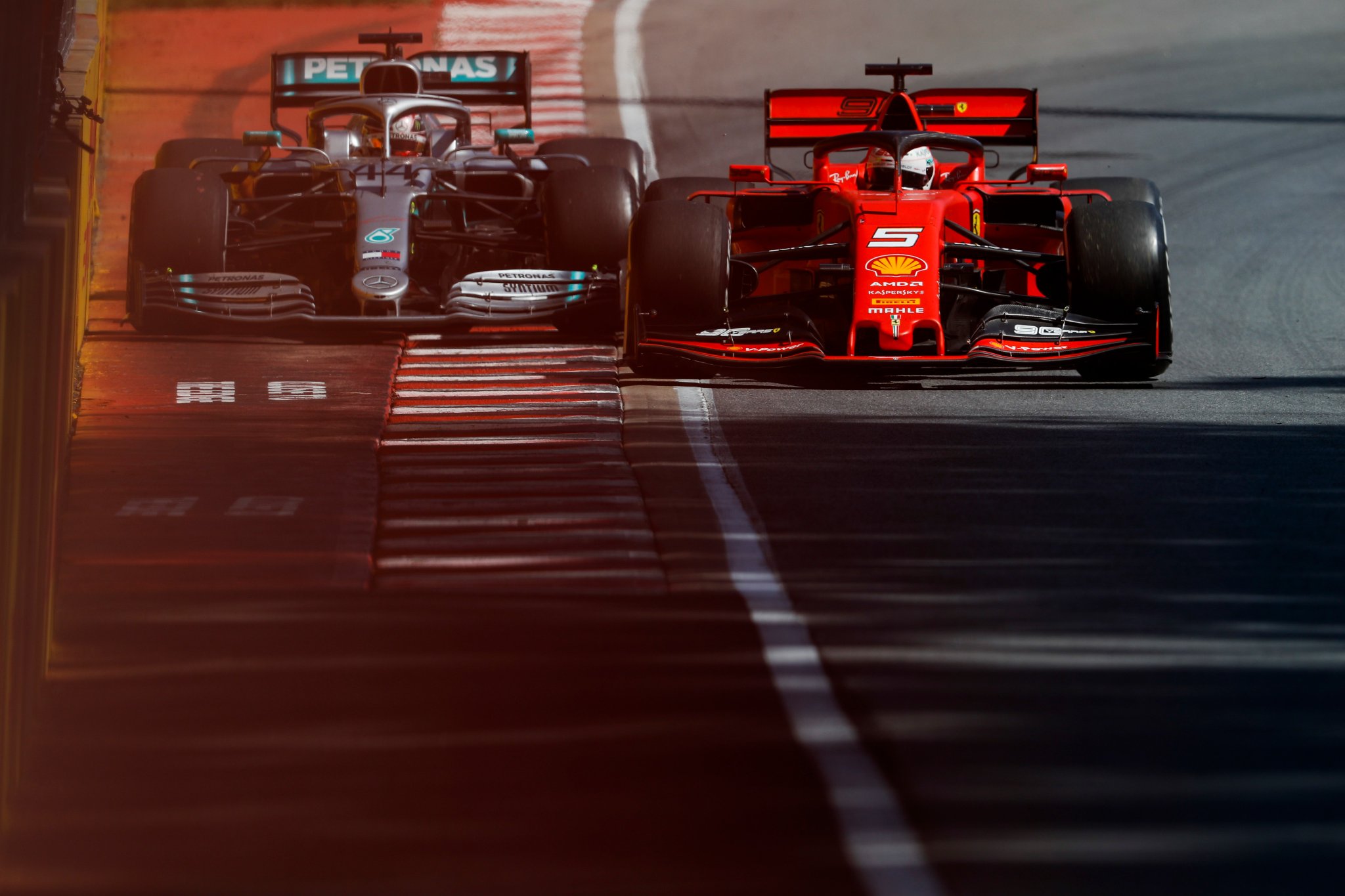 Ferrari have lost the right to have their Canadian Grand Prix penalty reviewed by the FIA.

With the controversial 5-second penalty awarded to Sebastian Vettel for his grasscutting and subsequent track re-joining moment last time out in Montreal still the topic of discussion this weekend at Paul Ricard, it looks like the Italian team have lost in their bid to have right of review by the sports governing body, the FIA.

Although Ferrari declined to appeal the penalty in Canada, the squad subsequently decided to invoke their right to have the sanction reviewed by the FIA, citing new evidence that they claim proves lead driver Sebastian Vettel didn't deliberately block Hamilton upon his return to the circuit.

Expecting to have the review heard on Friday at Paul Ricard, it is now apparent that the FIA have declined to hear out the new arguments from the squad, with the original FIA stewards from Canada confirming that Ferrari have added "no significant and relevant new elements which were unavailable to the parties at the time of the competition concerned”.

Without the benefit of a further review, the result of the Canadian Grand Prix will remain, with Lewis Hamilton taking race victory ahead of the #5 Ferrari of four-time World Champion Sebastian Vettel.

No one could seriously thinked the FIA would go back with this penalty..
The good thing is it stops (et least !) these too numerous talks about it
what is done, is done, point. next.
@++

If somebody still will say that FIA is Ferrari International Alliance, they're clearly just tinfoil material.

I am shocked at this move from the FIA there has been other instances of this event happening 2016 Monaco anyone and now the FIA needs to rethink what they are doing, they should be a neutral party to be honest they are far from it I would have granted Ferrari the right to review the evidence and review it again with a different set of Stewards to see if the first decision was wrong

Who ever thought they would change their mind? Only the ones who are still thinking Formula Boredom is about racing.
No way...
It has been changed to a kind of sports entertainment like wrestling. The winner is set before the event (I won´t name it race)starts.

And from what I saw of the incident, Hamilton drove into the closing gap and then Merc congratulating him for "forcing the penalty", that is massively unsportsmanlike if I heard that on the Radio I would instantly give the ENTIRE team a 10 second stop go penalty for that to be served by both cars, its about time the Mercedes Golden season in the making is ended, no one likes a team winning EVERYTHING and then doing it for years on end thats not a sport thats a damn joke!

Hamilton did the same in france today in pract.2, and blocked verstappen. Not on purphase of course . And neither did vettel with the same action in last race. Errors can occure, and to punish, is not the right way if the race accident could,nt be avoid and a hit was prevented

Going back on their decision opens a whole new can of worms.

Hopefully from now on the race results will be final when the checkered flag has been waved.
All "controversial doubtful" penalties need to be judged within the race itself.

And now focus on Paul Ricard. Not to much focus because that will make you dizzy

I guess Ferrari just needed to show that they cared. Everybody knows it's done. At least everybody was pissed. Every driver said they would do the same as Vettel. Though making a mistake while in the lead is another can of worms. Now the same happened to Lewis, though not in a race. We all know what's the real job of FIA. But now it seems they are the grey area. A little backing off may help.

I wonder would this still be a penalty if THERE'S NO WALL there hmm...

How many of you, gentlemen, will not say anything if this happend on club races? On other places like iracing? Including forum abd ts3. On iracing the first thing you would hear could be " YOU, MORON, WTF!!!

There was never a chance of them overturning it, but seriously, they won't even review it? That's shady. That's like someone refusing to even talk about an argument or mistake they made.

birle1 said:
Only one question:

How many of you, gentlemen, will not say anything if this happend on club races? On other places like iracing? Including forum abd ts3. On iracing the first thing you would hear could be " YOU, MORON, WTF!!!
Click to expand...

I don't know if I understood your post correctly, but if you meant how people would have reacted if someone in front of them did what Vettel has done, than here's my answer: for sure I wouldn't have stood silent, I would have told him "great save dude!" and carried on chasing him

Too many biased Vettel and Ferrari fans getting emotional.
You must log in or register to reply here.