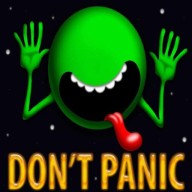 I have a Fanatec Porsche 911 Turbo S wheel. I've had it for five years, since beginning 2010, but it was barely used for most of that time. Mostly it was in storage, until Jan 2015 when I started using it heavily. In the last 6 weeks I've driven nearly every day, and would say I've done at least 100, maybe 150 hours on the Fanatec wheel.

They don't make the Porsche 911 Turbo S wheel any more, because it was a special edition. But judging by the specs of the wheels they make now (Forza CSR, Porsche GT3, etc), my wheel is basically identical internally - it definitely uses the same RC "Mabuchi RS 550 Motor" internally.

The problem suddenly started last night, in the middle of a lap. The best way I can describe it is that turning the wheel feels 'lumpy' or 'jerky'. When I try and turn it during a lap, it doesn't move smoothly round, but rather feels like it's moving in notches or steps.

It's like it's resisting me turning the wheel, not rotating at all, then suddenly it turns a bit - a step - then again it resists me moving it, until it again it moves in one step/jerk.

This only seems to happen when I'm in-game, and FFB effects are being applied.

If I turn the wheel off and move it, it seems to move fine. When I then turn it on, it spins round as part of its initialisation, and this too seems fine. Then if I rotate the wheel while it's turned on - but not in a game - it again seems fine; there's more resistance to turning it than when it's switched off, but it moves smoothly.

So the problem seems to happen exclusively when I'm in a car in-game. So in other words, the problem only shows when the game is putting FFB effects on the wheel to make it harder to turn.

I'm going to try and take the wheel apart and see what I can see. But I'd be most grateful for any advice - does anyone recognise the symptoms? Does it sound like a particular component?

Naturally I'm hoping it's something simple, like the belt has slipped partially off or something like that. But I have no idea, maybe the motor itself is on the way out (Which would mean it's probably cheaper to replace the whole wheel than fix it, I guess.)

Many thanks in advance!

PS. Hehe, I just googled the motor Fanatec uses: "Mabuchi RS 550 Motor". It's worth about $7, and I can find several RC threads where people are asking "is this ancient motor good for anything..?"

So much for the use of this RC motor being a selling point for the wheel! I guess maybe I could replace the motor if that's what's broken - though I know nothing about motors, wheel gearing, or anything else, so I'm rather worried that might be a complicated job. Especially in this consumer-quality wheel, where they probably don't expect any user servicing.

OK looks like I'm making dupe threads.. done a bit of searching looking for the motor my wheel uses, and found this thread: http://www.racedepartment.com/threads/replace-fanatec-ffb-motor.36148/page-2

Looks like that's describing the exact same issue, so I'll probably go bump that. It also references a huge GTPlanet thread which might also help.