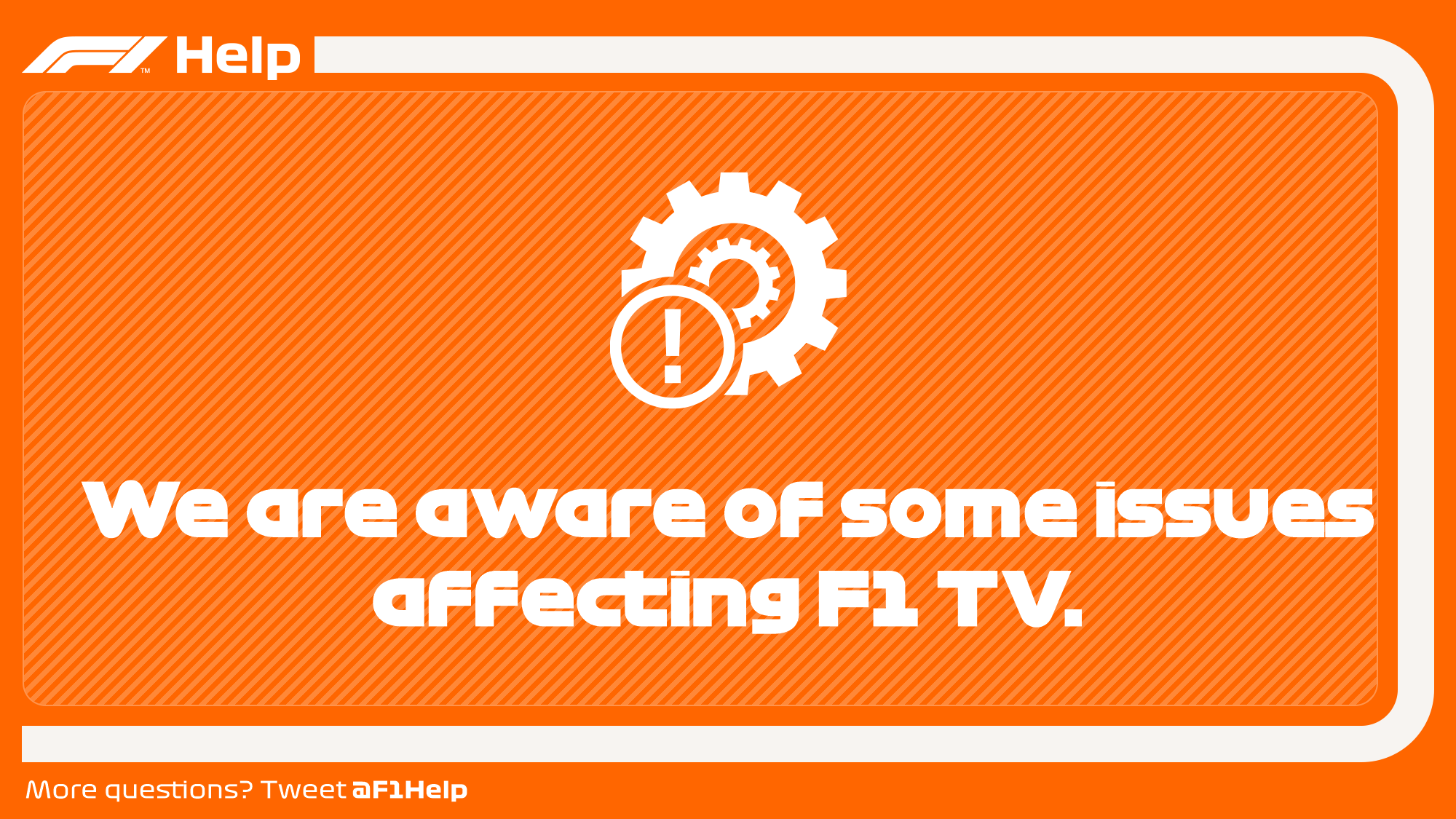 Promises of a premium service and lessons learnt have been echoed all off-season, but when crunch time came – F1TV failed spectacularly.

Heralded as a new age in Formula One fan engagement and viewership, Liberty Media had bold plans at the end of 2017 to bring a whole new way of watching Formula One to the fans of the sport, leveraging the increasing shift away from traditional viewing habits and maximising the wealth of data and technology within the sport.

For the 2018 season the Americans endeavoured to roll out their Formula One viewing service with a “soft launch” mentality, however the new venture would be plagued with technical issues and streaming instability, leading Liberty man Sean Bratches to get back to the drawing board with promises of a much improved performance come the new year.

With Formula One kicking off this weekend down under, many subscribers would be excitedly logging into the service to catch all the action as it happens… only to once again be met with dropped signal (if they are lucky), or even an altogether lack of connection to the app. Not good.

F1TV took to social media to state they acknowledge a problem exists in “some areas” and are working on it, however the chatter on the internet suggests that most regions have been severely affected by a disruption in service – yet another embarrassing failing for Liberty and the new streaming service.

It remains to be seen if the issues encountered so far can be resolved before track action resumes on Saturday morning.


Did you suffer issues with F1TV today? How are your experiences with the app so far? Let us know in the comments!

I have started a 7 day trial today and am really hoping it will work this weekend. It would be great if it works and enable us to finally properly watch the english coverage.

But having been dealing with the crap of F1 Access last season, I not too optimistic. It would be embarrassing if they really are charging €65,- for a non working system.

For a company called Liberty MEDIA, they sure didn't get the Media part right. F1TV was never something I was interested in using in the first place, though, but I can understand the frustration. Some of you don't have any other way to watch the races, while I can sit here on my basic subscription cable service and get all the races on ESPN. A shame, really, that coverage can't be equal worldwide.

Subscribed for this season....
Hefty pricing for poor delivery...
Though last year was even badder I heard....

Still, this stinks miles ahead!

Same with WRC+, a friend bought a year subscription, and on 3/3 events it has crashed, been unavailable, laggy etc. All these companies seams to think "hosting a streaming service can't be that hard" but oh boy, it's much more work then they think. It needs to work world wide, in a verity of browser and handle a lot of people watching, pausing, updating, skipping etc. There is a reason no video-hosting service has beaten Youtube yet, because it's quite hard to get it to work properly
U

It doesn't make much difference to me since a certain broadcaster made a ridiculous deal with a certain arse that prohibits the streaming of F1 races in my country, even when it's F1's own official stream!! So now I get to choose between a service and bunch of equipment that I don't want or need in order to watch F1, or to watch highlights three hours after the races except my countries home race. Fantastic. A big thank you to F1 for being so accessible to people that have been dedicated fans for over 30 years.

Here in Germany it's just as buggy as it was last year, at least up until now in FP in Melbourne: I was an early adopter last year, and I had hoped they'd use the winter break to improve their system for this season...for €64.95 a year it's a bit embarrassing for Liberty Media really
R

Disappointed but not surprised
B

^A VPN Service will help you get around that!
For me, the NBA app/subscription has been the gold standard.
I tried F1 TV app yesterday and it was a painful experience to say the lest.
I do look forward to this service as it will potentially make following the sport possible and enjoyable again. But as of now, its simply unacceptable.

Some glitches and black screens from times to times, sound always there.
It seems to me that image is better than last year.

It's very expensiv here in France (180 euros) due to a TV Channel which bought the exclusivity.
We should have TV Access this year which will cost only 27 euros, if you can wait two days to see the race.

I was an early adopter and got the service for half-price, but if it doesn't get any better than it was last night I will still feel completely ripped off.

Was interested in this app, until I found out Canadians get to pay $40 just to watch the replays.....way to draw in new fans

I bought my subscription for a year for the first time and it's not running smoothly indeed. The image having some problems here and there and I hope they will fix it

rubaru said:
For a company called Liberty MEDIA, they sure didn't get the Media part right.
Click to expand...

Did they get the Liberty part right though?

To paraphrase Serenity: "You can't stop the signal".
B

Still need Chromecast support so I can send it to the big screen!
T

This is really a joke. I couldn't watch a single race last season. The stream always failed, at least at the start of the race it was stopped! No matter if via the website or the app.
Most of the time I just got logged out and I couldn't log in anymore, even with 400MBit internet.

On top of that there are no own moderators here in Germany. The sound is taken from Free TV, RTL. Therefore the pictures often do not match to the sound, because RTL has its own cameras for interviews etc.. The RTL moderators don't even seem to know that they can be heard on F1TV. They even already talked about their assholes while RTL was showing commercials.

So in summary F1TV is absolutely useless garbage here in Germany and not worth its money.

Well, I watched practice 3 last evening live and the replay of Q this morning and both programs were very good. Truth or dare come midnight tonight for the race.

Jack.A.Lope said:
Well, I watched practice 3 last evening live and the replay of Q this morning and both programs were very good. Truth or dare come midnight tonight for the race.
Click to expand...

UPDATE: Quality of race broadcast on F1TV was excellent, only disturbed once when my router automatically rebooted at midnight.
You must log in or register to reply here.