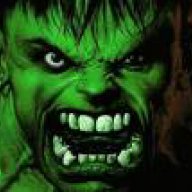 I don't know if it's just the screenshots or the game itself , but the Ultrasoft colour in this year's game seems too pink rather than the purple it should be like last year . I've posted a screenshot of the Ultra from both games below . The general screenshot quality isn't as good this year either but it's mainly the colour of the Ultra's that's off . I don't really notice it so much when I'm racing because I'm concentrating on the road , but see what you think . Yeah , I know the 2017 one is also a mod but the vanilla tyres were the right colour anyway . The 2018 ones ( vanilla , there is no mod ) look almost nearer the colour of the hypers than the Ultras .

That's the colour it should be and it's way off . I don't know if they've added some tinted effect on this year's game that's bleached the colours a bit but the two screenshots are on the same computer and monitor with no change to the brightness or colour settings on either .
Last edited: Dec 1, 2018
You must log in or register to reply here.
Share:
Facebook Twitter Reddit Pinterest Tumblr WhatsApp telegram Email Link
9 comments
Assetto Corsa Competizione | Another Hotfix Release Is Here
30 comments
rFactor 2 | February Development Roadmap
46 comments
Automobilista 2 | New Update And Historic Spa Released