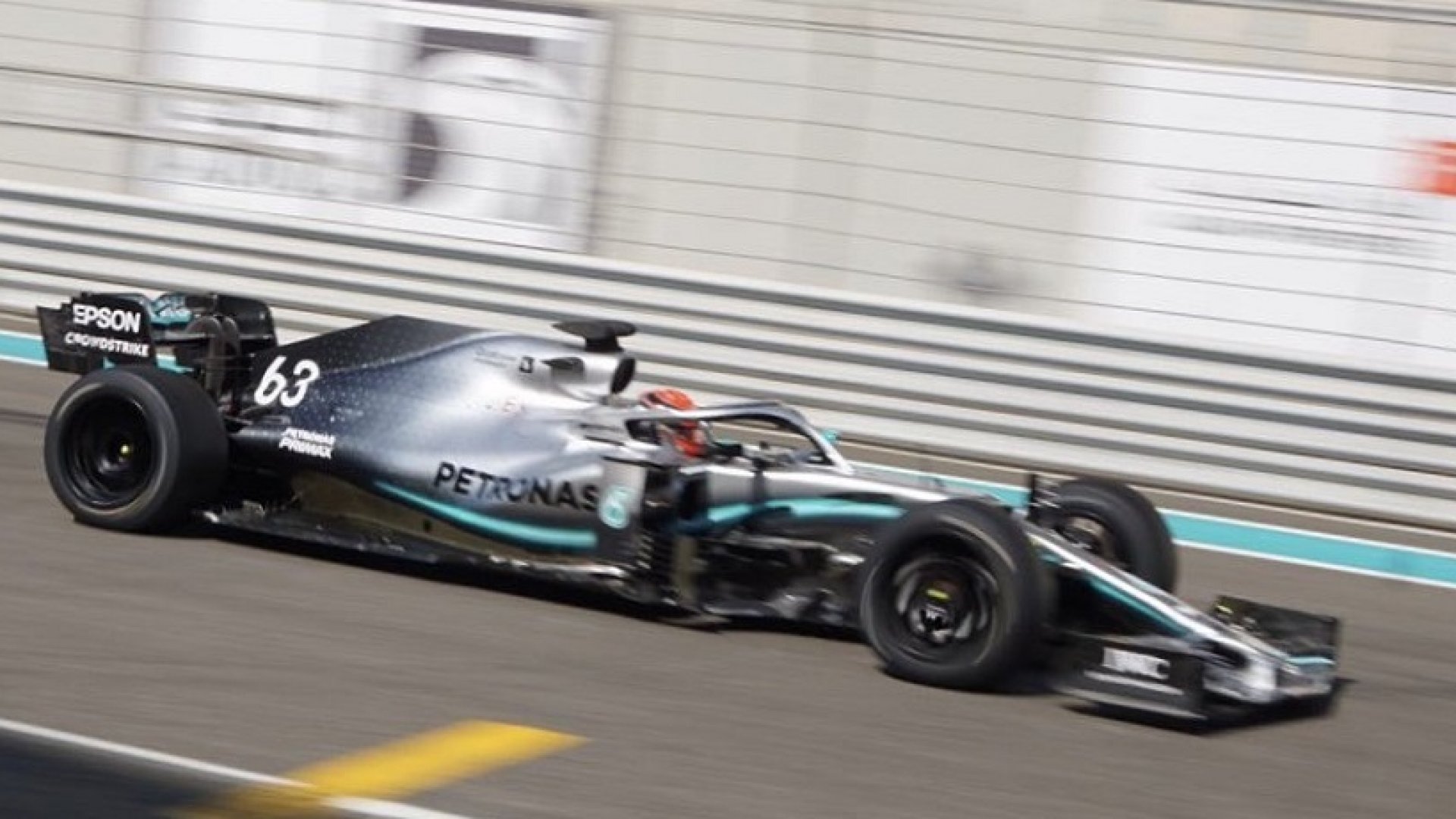 Pirelli have spent several months developing the new for 2021 specification 18-inch Formula One tyres, and that testing programme has concluded for the year as Mercedes and George Russell performed the final duties of 2019 for the Italian tyre manufacturer at the Yas Marina circuit earlier this week. Russell was once again strapped into the modified Mercedes AMG F1 W10 EQ Power + that took Lewis Hamilton and Valtteri Bottas to first and second in the Drivers World Championship this year, the Mercedes youngster getting more seat time with the three pointed star following his debut year racing for the Mercedes powered Williams team.

Warm and sunny weather greeted the squad as they continued to pound round the Yas Marina circuit, Russell managing an impressive 218 laps over two days as Pirelli continued to gather important data ahead of the proposed debut for the new sized rims in 2021.

Although Mercedes were the team of choice for this latest test, Pirelli dictated the programme of running for the car, and any data gained during the two days will be shared equally with the rest of the Formula One grid. 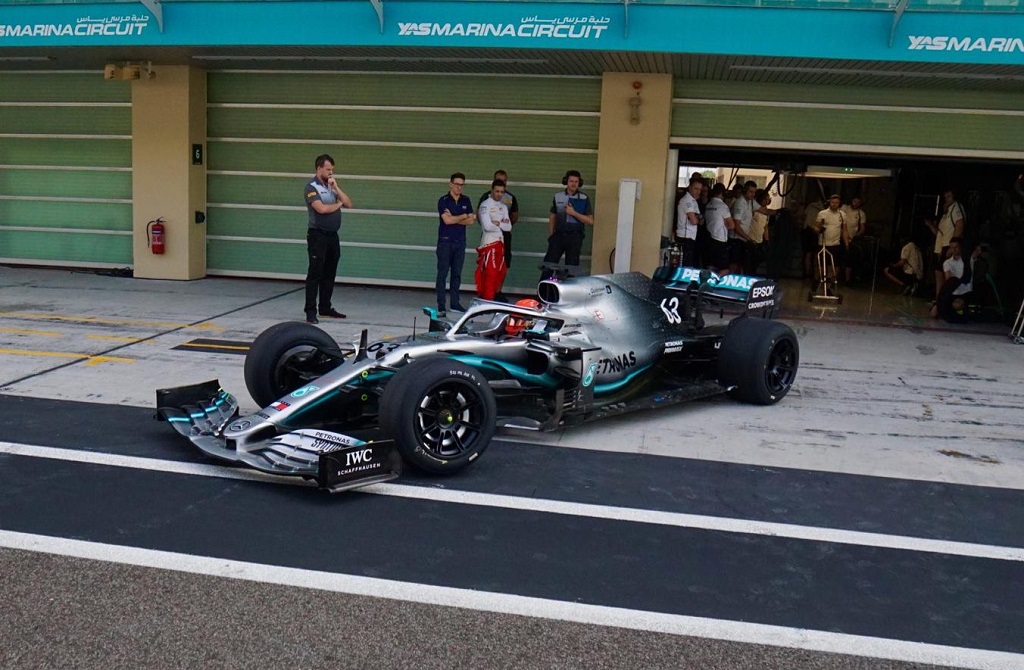 How cool do 18 inch wheels look without any sidewall branding?


Got a question about the sport? Ask our community and start a thread in the Formula One sub forum here at RaceDepartment! 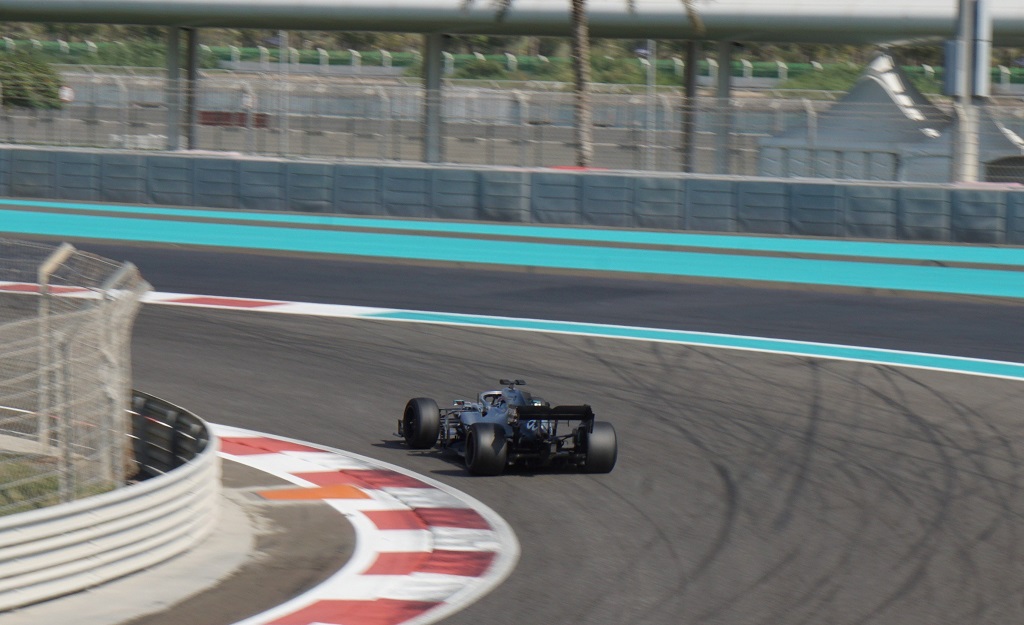 Premium
Looks badass as far as I'm concerned. Looks sleeker and more modern. Hopefully this will catch the eye of the younger F1 fans - I've seen some very encouraging data recently that indicates an uptick in interest in F1 for the under 30 demographic, would like to see that trend continue!

I for sure like these more, they look more agressive and stylish.

Please note. Pirelli to share their data with the other teams.

Russell to share his feedback with Mercedes. As if they need a leg up on the competition.

Unless Bottas wins the title next year, Russell will be replacing him in 2021 even if he has a year left on his contract. Mercedes will buy him away from Williams who will gladly pocket the money and find someone else
E

Why should Mercedes buy him away from Williams, he's already theirs, why do you think he's driving at Williams and not a pay driver in the first place?

Knoxstar said:
Please note. Pirelli to share their data with the other teams.

So what? These wheels/tyres are not being used until 2021, at which point most of the other regs will be changing too. Given that Ferrari's engine is now on par with the Mercedes and Honda are still making good progress, the competition for 2021 is likely to be down to who adapts best. That could be any of the top three teams, with potential surprises from a couple of others.

Also, you seem to be forgetting that other teams and other drivers have already performed 18" tyre tests for Pirelli this year. So, others also have first-hand info which they've shared with everyone else, so nobody is at any particular advantage here.
You must log in or register to reply here.
Share:
Facebook Twitter Reddit Pinterest Tumblr WhatsApp telegram Email Link
9
Assetto Corsa Competizione | More Suzuka Preview Images Revealed
64
R3E | Daytona International Speedway and 2019 Porsche 911 RSR Announced
13
WRC | Rally Monte-Carlo Discussion Thread
12
F1 | Impressive Numbers Headline 2019 Grand Prix Viewing Figures