Nico Hulkenberg will make a surprise return to the Formula One grid this weekend with Force India, the German driver returning to the team with which he raced under the Force India guise in 2011-12 / 2014-16. Hulkenberg, who last raced in Formula One at the season ending Abu Dhabi Grand Prix in 2019, has inked a deal to stand in for the sidelined Sergio Perez at both the British and 70th Anniversary Grand Prixs at Silverstone beginning today, ironically giving the talented driver arguably his most competitive car of his long Grand Prix career.

It will be a tall ask for the German to hit the ground running this year, having largely been inactive in racing since losing his drive with the works Renault team at the end of 2019, and not having had the opportunity to spend time with his new team following the late announcement of Perez's positive test results.


For more from the world of Formula One, head over to the F1 sub forum here at RD and get involved in the conversation today! 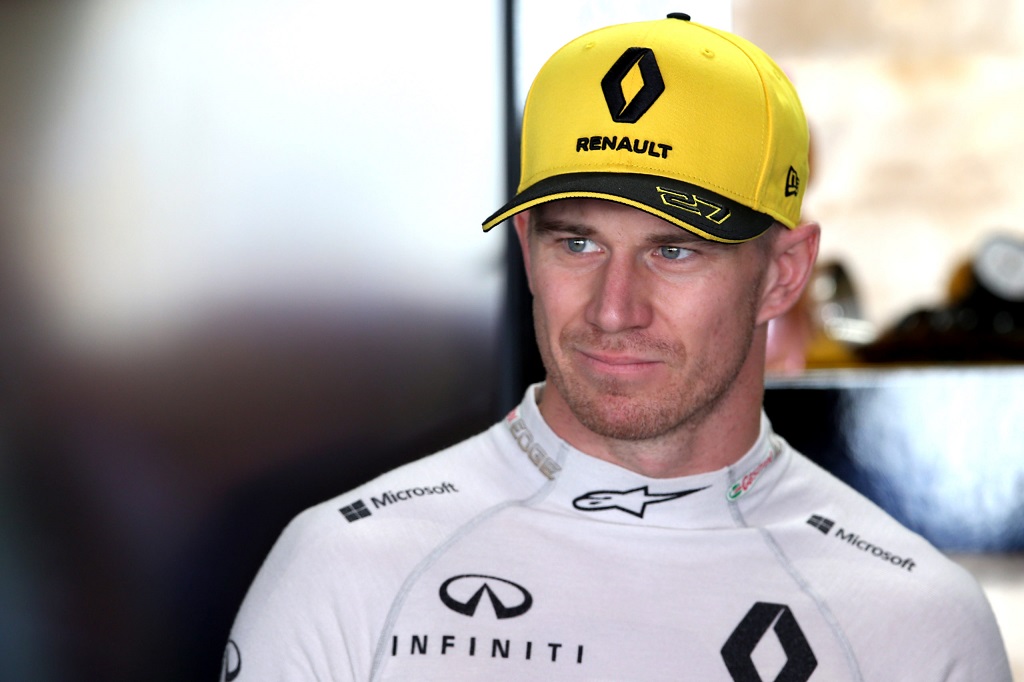 Good choice, got the most experience and been driving competative up to only half a year ago.
If he gets it to the finish line.

Premium
What a redemption story if he finally manages to secure a podium. Going to be a tough one at a circuit like this with less physical training and less experience in the car, but with two weekends to do it the chance is really there.

Great driver, half happy to see he in F1 car again, but half sad for Checo Perez.

Good luck Hulk, always rated him as a driver.

Could he finaly get a podium?

Premium
Good luck Hulk. Ferrari better not to bring updates that actually work now, I want Hulk on that podium.
U

Premium
This is great news. I've always like the Hulk and thought he could have done far better than he did given a decent car. It'll be interesting to see what he does with the somewhat competitive Racing Point, though I think expectations should be tempered given that he'll be a bit rusty at the moment.

I'd love to see him do well and replace Stroll alongside Perez next season... but we all know that won't happen thanks to Daddy Stroll.

Its going to be interesting to see if he can break his Podium Duck....

Premium
Really hope he gets a well deserved Podium. Come on Hulk!!

Good call he understands the car and he is young. I feel he should of achieved more so this is a good choice. I though Alonso may do it.

pgreenwo said:
Really hope he gets a well deserved Podium. Come on Hulk!!
Click to expand...

Probably will not nothing against him but he may have limited to no testing. The most he can do is get a handful of points. It is so hard to sub a driver into a car during the season.

Premium
Stoffel. Hulk won't even fit in the car.

Always liked this guy. I wish him the best.

I hope Perez will not suffer from symptoms and get safely back to racing after his isolation.

But wow, glad Hülkenberg is getting this opportunity, hope he can impress

On the other hand, what is the point of having the reserve driver role at all when you have 2 reserve drivers available (Guitierrez and Vandoorne) and not use any of them? (Test and Junior driver roles aside)

Premium
I really wish Hulk would win a race !
M

So now Gutierrez is able to go back stream. Sorry for him, but I think most fans will be happy having Hulk on the grid rather than him. Thanks for Stroll (he's 6'0 tall), Pink panther definitely have large monocoque, and since this is British GP, the team easily to take his previous seat to the track so seat fitting wont'be problem. hoping Hulk is well prepared for GP both physically and mentally, and to show us a good race!
M

Good show Lawerance Stroll. I was filthy when Renault dropped him last year. They had the ultimate team in Dan and Nico
You must log in or register to reply here.