Sergo Perez was forced to miss the British Grand Prix at the very last minute on Thursday afternoon, and with quite literally 10 minutes to spare, up steps Nico Hulkenberg in the vacated pink Mercedes.

The German is a widely respected talent from his 10 previous years in the sport, and at 32-years-old is perhaps still a little too young to be left out in the cold, but that is exactly what happened to the likeable German following the decision by Renault not to renew terms into the 2020 season.

Having been en route to the Nurburgring for a GT4 test when he received the called from Racing Point to stand in this weekend, Hulkenberg quickly hopped onto a plane and made the short hop to Silverstone, where the former Williams, Force India, Sauber and Renault driver had to wait until just 10 minutes prior to FP1 to be accepted into the Grand Prix paddock.

With such an uphill struggle ahead of him, despite a very strong RP20 at his disposal, Silverstone was always going to be a difficult task for the driver - but do you think he did a solid job alongside Lance Stroll, or was Hulkenbergs performance at Silverstone below your expectations?

Sadly it seems like the bad luck remains in his second chance weekend, failing to even get out of the garage to start the race itself, but at least we've seen a few practice sessions and qualification to gauge how he's getting on in his new office, but has he done enough so far?

Let us know your thoughts in the poll and comments section below! 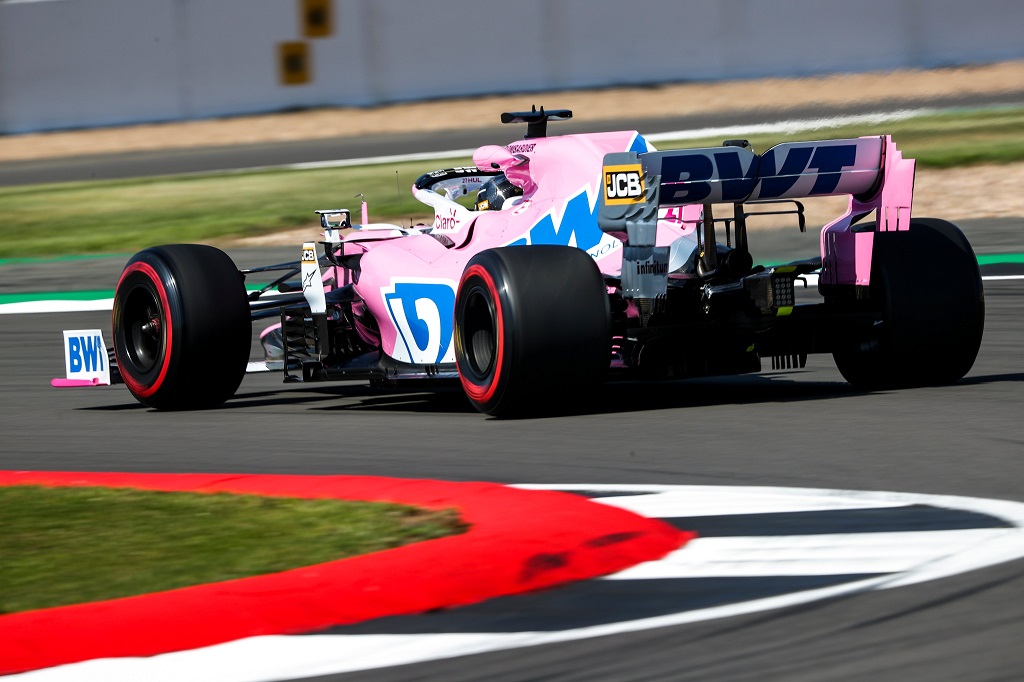 I just can't get over what a massive shame it was that we couldn't see how he would perform during the race, especially as Ricciardo looks really solid in that car...
Obvs a few of the front runners fell out of the running near the end, but a 4th for Ric makes you wonder what the Hulk could have done too.
But yes, I think it was a pretty decent return and performance comparing directly to his team mate

How in Gods name can this be an article? The man didn't even start the race!!

The GT Formula said:
I just can't get over what a massive shame it was that we couldn't see how he would perform during the race, especially as Ricciardo looks really solid in that car...
Obvs a few of the front runners fell out of the running near the end, but a 4th for Ric makes you wonder what the Hulk could have done too.
But yes, I think it was a pretty decent return and performance comparing directly to his team mate
Click to expand...

You're joking right ? I mean...
why comparing Hulk with Ricciardo now ?
Isn't Lance Stroll his team mate ?
ohh... I see what you did there
nice moves.

Or you simply getting old

He did ok , about what I'd expect from him at such short notice.

I've always rated him a sold midfielder without that extra sparked needed to run consistently up front.

He is such a nice, friendly likable guy but honestly he has never really impressed in F1 apart from his Williams pole lap in Brazil a few years ago.

He did an awesome job to get to Silverstone asap and then get fitted all for the car to let him down, I hope they banish that gremlin that caused the problem for him and he get a chance to run in anger in the 70th Anniversary GP!

Nico was the right person for the job. He raced under Force India that is now racing point. So he knows the people in the garage. When he retired last year it seemed to soon. He should of had more success in F1. But F1 is a shark tank and when you jump into the car into the season things can go wrong. He had a mechanical problem which meant he could not roll out garage and onto grid. This is down to the mechanics or the engine supplier Mercedes Benz. A shame he could not start. Lets hope he has more luck in the next race at Silverstone. This said he did a good job in practice and Qualifying.
M

Hulkenberg is very good and could be a reliable #2 driver in a F1 team. His problem is that he is now labeled as a veteran whose better days are behind him. Still, it feels unfair that drivers like Stroll, Grosjean, Kvyat or Giovinazzi are in F1 and he isn’t.
D

My dad and I were talking about how much we were looking forward to seeing Hulk get another go during Qualifying. My dad said, 'knowing his luck he'll be p3 with 5 laps left and get a puncture'.

He got the misfortune right just not the scale of it!
P

I think he performed according to expectations. He just missed Q3 and somehow the pink Mercedes was not that impressive this weekend. Is that because for setup they rely on Perez and Stroll is just copying from him? Nico being new to the car would probably not be in a position yet to setup the car perfectly for the race. Let’s see what happens next week. They should have enough time now to give Nico a comfortable seat in the car.

Bram Hengeveld said:
He is such a nice, friendly likable guy
Click to expand...

Kevin said he disagree with your message

Yes he still can get the job done, is still fit and professional but once this season is done I think the 24Hrs of LeMans Champion just needs to stay with Sportscars or maybe Indycar would welcome him

Being in a F1 car the first time in 9 months, than only a 10th slower as your teammate on such a physical demanding and long track. He did very well.

gamer19 said:
Kevin said he disagree with your message
Click to expand...

I believe his exact words were, "Suck my balls, mate."

He is a worst Rubens Barichello.
U

I think he did well for the little we saw of him, but the real test would have been race pace over the full distance. Such a shame he wasn't even able to start. Hopefully they'll keep him on board for the next race, so we (and other teams) get to see how he measures up.
M

Jugulador said:
He is a worst Rubens Barichello.
Click to expand...

I rank them on the same level. I have nothing against Barrichello but if he had driven for the same teams as Hulkenberg, he would have a similar record.
M

Richard Hessels said:
Being in a F1 car the first time in 9 months, than only a 10th slower as your teammate on such a physical demanding and long track. He did very well.
Click to expand...

I too wish he would have started the race, because we could have found out if the Racing Point's lack of pace yesterday was due to the car struggling on long runs or Stroll being back to his old self after a good race in Hungary.
You must log in or register to reply here.