With Formula One bosses scrabbling to ensure a minimum of 15 Grand Prix take place this year, both the Ferrari owned Mugello circuit and Portugal's Portimao have confirmed they are in talks to host races..

The harsh reality of the world travel situation means that Formula One racing in many countries is all but an impossibility this year, and as the FIA still aim to put together a calendar with at least 15 Grand Prix, including proposed double header events in Austria and Great Britain, a few less likely candidates have started to pop up on the horizon.

Already we've seen the German Hockenheim venue tout their name as a possible destination once Formula One racing resumes, and now both the Italian Mugello circuit and Portugal's stunning Portimao venue have thrown their hats into the ring for what could be an extended European season.

Speaking following the cancellation of the Japanese, Singapore and Azerbaijan events, a spokesperson from the stunning Portimao venue has confirmed talks are ongoing with Formula One bosses;


“We confirm that conversations have been going on with F1, in order to host a GP this year at our circuit,” they said recently.​
“We are fully committed in creating all the conditions that are needed for that to happen, and we believe our country and our circuit are the perfect venue for a new F1 race, the racetrack layout, the size of the circuit and its infrastructures, the fact that the Algarve has been almost Covid free, and the amazing weather and hotels, would surely create the perfect conditions for a great weekend.” ​
Portimao has never hosted a Formula One Grand Prix, however the circuit did see Formula One testing back in both 2008 and '09, and the track has hosted various international level motorsport events since it opened in late 2008.

For more from the world of Formula One racing, head over to the F1 sub forum here at RaceDepartment and start a thread today! 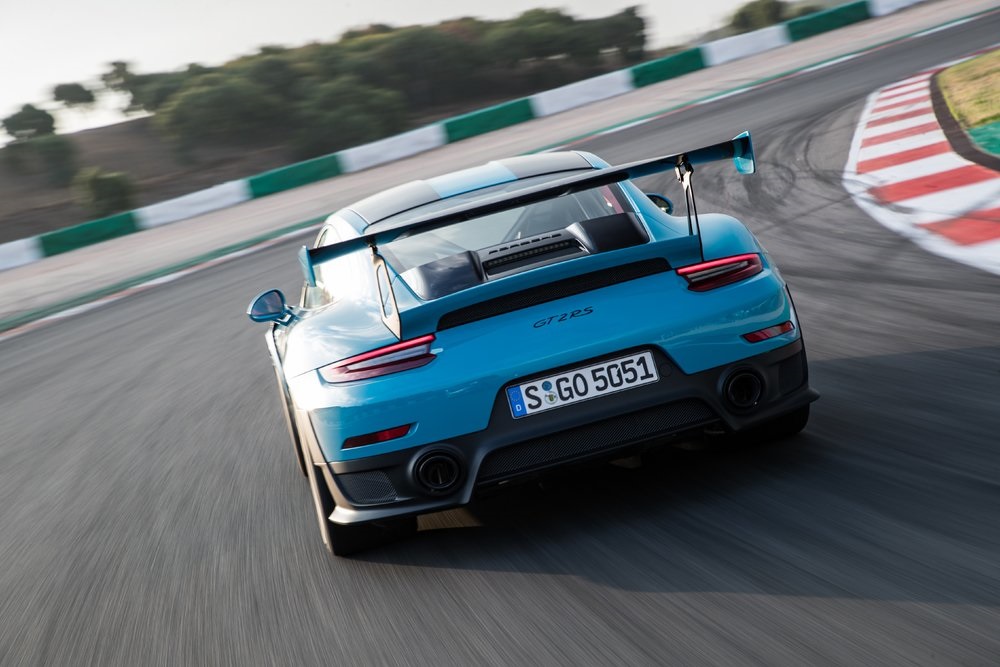 Ooooooooooooh an F1 race at Portimão, THAT would be cool! And hopefully the first of many, as the track is amazing in my opinion, and I am not biased at all
K

Please. New tracks. We could not see them again next season, let's try new ones

I like Portimao, would be cool to see.
P

wow, in fact, maybe coronavirus has come to get rid of singapore and paul ricard and gave us some real "gourmet **** man!"

Sad we need a pandemic to get new tracks into Formula 1.

Since there are no crowds allowed, might as well squeeze in as many European races as they can.

Mugello would be fantastic.

Codemasters: F.....
New tracks, can we sell those as DLC content?!?

ATSSHD said:
Mugello would be fantastic.
Click to expand...

It would be fantastic for us fans, but it would also be extra demanding for the drivers..

hablom1977 said:
It would be fantastic for us fans, but it would also be extra demanding for the drivers.. ]
Which is good. Same as Suzuka.
Click to expand...

Mugello would confuse all the drivers because its got good ol' gravel traps not 5 miles of crap tarmac run off.

Trebor901 said:
Mugello would confuse all the drivers because its got good ol' gravel traps not 5 miles of crap tarmac run off.
Click to expand...

haha not really.. do you even watch F1? There are several tracks where you are next to the concrete wall and the track has tons of gravel traps .

Not looking a sick gift horse in the mouth but an influx of a new schedule may be exactly what F1 needed to realize what fans (at least this one) have been clamoring for out with the new and in with the old.

ATSSHD said:
haha not really.. do you even watch F1? There are several tracks where you are next to the concrete wall and the track has tons of gravel traps .
Click to expand...

Only when theres no proper motorsport on

Trebor901 said:
Only when theres no proper motorsport on
Click to expand...

Ok, keep hating. I don't even understand people who hate or critize any other motorsport.

I like/love all of them..

Would be fun to see Jerez come back for this year.

Both are great tracks and should be raced every season tbh.
Hope they will be used this season!

There have been F1 tests at Mugello some years ago. As far as I can remember every driver was thrilled about it.

I would like to see Turkey come back. Turn 8 ,"Diabolica", is awesome. Vettel won the last F1 race held there in 2011.
You must log in or register to reply here.