The Mercedes AMG team and newly rebranded Alpine F1 outfit have both revealed their latest Grand Prix machines ahead of the new season, joining the likes of McLaren, AlphaTauri and Alfa Romeo with their new car reveals.

Starting with the dominant team of the turbo hybrid era, Mercedes were first to lift the wraps off their new machine with the reveal of the new W12 earlier this morning, showing off the car the team hope will carry Lewis Hamilton to his record 8th World Championship success this season. 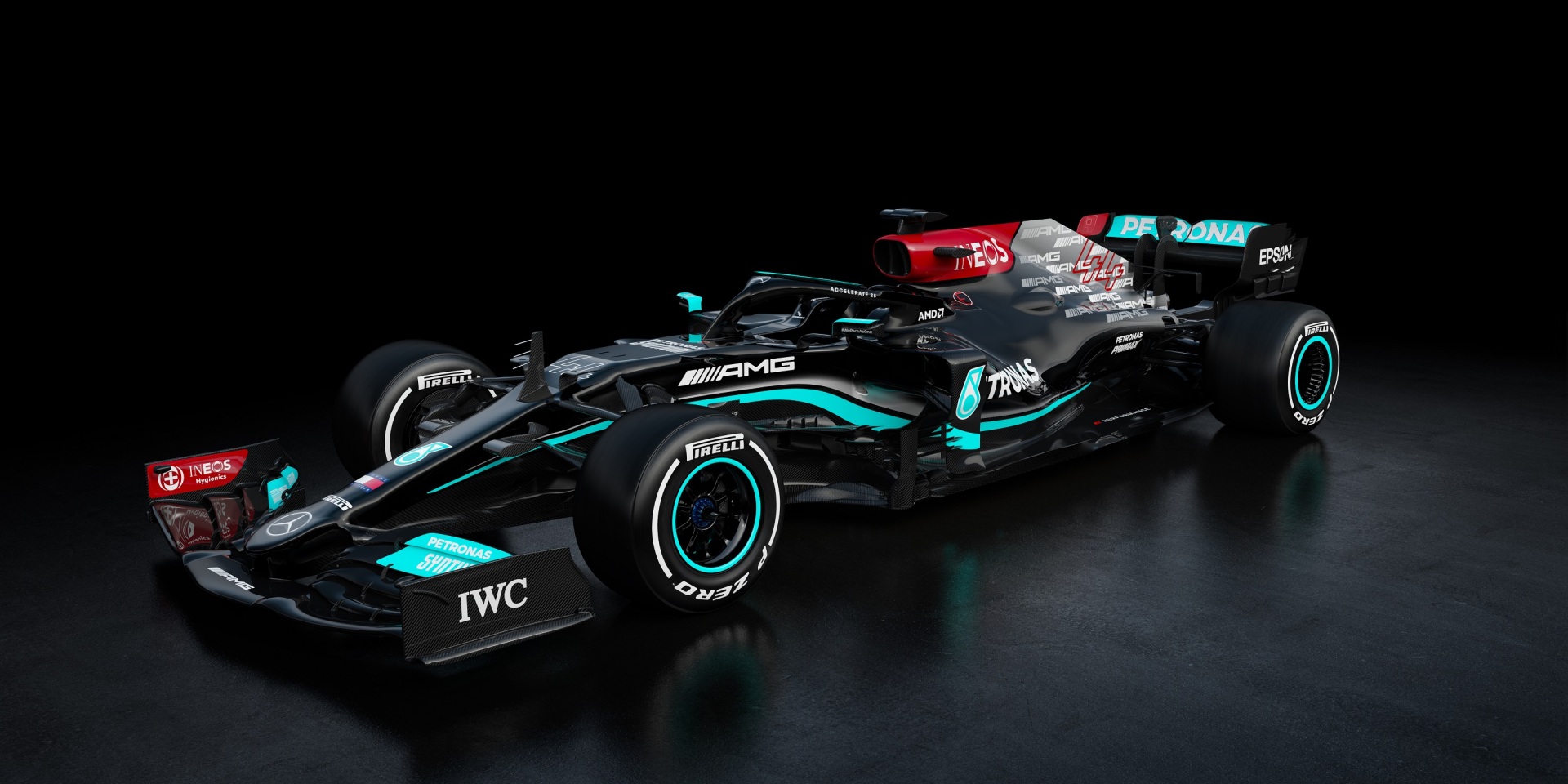 
“Every year we reset our focus and define the right objectives,” said Toto Wolff. “That may sound simple but it’s damn hard and is probably why there are no sports teams out there with seven consecutive titles. So many things can happen and it’s very natural to get used to success, and therefore not fight as hard for it.​
​
“But this team has not shown any of that. I see the same fire, hunger and passion now as I did the first time I walked through the doors in 2013. Every season presents a new challenge and therefore, a new goal for us to achieve. 2021 brings changes to the regulations, which could impact our competitiveness, plus the cost cap and working on the major rule changes of 2022. These challenges excite us.”​ Tuesday would represent something of a bonus day of new car launches for Formula One fans, with the newly rebranded Alpine F1 Team (formally Renault Sport) revealing the first car of the new era from the French outfit - complete with new signing Davide Brivio of MotoGP Suzuki fame, in his new role of Sporting Director following the departure of Cyril Abiteboul at the end of last season.

Apline will of course be fielding the returning Fernando Alonso these next two seasons, however the Spanish superstar would be absent from the launch today, as the 39-year-old continues his preparations following recent surgery on a jaw injury sustained in a bike collision with a road car last month. Exciting times for Formula One fans continue, with just Red Bull, Haas, Aston Martin, Williams and Ferrari left to show their cards ahead of pre-season testing later this month. It'll be nice to see a genuinely new livery on the grid this year, amongst the same old, same old.

Alpine is just gorgeous, that blue looks electric and alive, and the whole car looks like a fast French flag! The Merc looks crowded, the AMG all over the back has a weird look to it, the number looks really messy over the AMGs, the mix of white, red, black and blue doesn't work etc. Last years car was one of (if not the best) looking Mercedes F1 car ever, this one is the worst since the primer gray MGP W01 of 2010.
Last edited: Mar 2, 2021

do yall know the horse drawing meme? Thats how i feel about the mercedes

They both look stunning.

I like the changes to the Merc. I really love the colorful-ness of the Alpine. (Is that even a word?) However, I will reserve my decision for favorite until I see the Aston Martin in green. Don't expect anything special from Haas, Ferrari, or Williams, unless Dorilton seek to spice it up a bit. Their parent company seems to have a black and gold logo, so who knows.

Beautiful shade of blue no comment on the Merc....

Glad to hear FA is on the road to recovery, hopefully the car performs as well as it looks as it would be a shame to see it muddled in mediocrity.

Alpine put all he's token on the car, no more left for having good equipment for the live streaming
N

2020 Renault test livery was the best imo. Alpine looks similar to williams artwork which I'm not a big fan of. Mercedes 2021 livery is not their best either.
Last edited: Mar 3, 2021

The Merc is horrid, and a crime against livery designers!

The Alpine is magnificent, bar a few minor inconsistencies between the black and blue on the sidepod.

edit: to clarify, the merc looks fine from the front, and i like the black, but that horrible silver fade thing on the back ruins it. There are also way better ways to integrate the red Ineos!
Last edited: Mar 3, 2021

Pappa_G_27 said:
The Merc is horrid, and a crime against livery designers!

The Alpine is magnificent, bar a few minor inconsistencies between the black and blue on the sidepod.
Click to expand...

The video I saw had matching blue body under lighting shinning off the ground. I'm not sure why. It looked pretty good, but extra weight and power draw would probably never make it on to an F1 car.
Last edited: Mar 3, 2021
M

The Alpine is the most beautiful livery I've seen in a long, long time. I was always a fan of the Ligier/Prost blue liveries and the Alpine reminds me of these. It also looks a lot like a car from the Michel Vaillant comic books!

The Merc is a mess and looks like it was done by an intern at the last minute. Teal, black, silver and red? Urgh.

I have high hopes for the Aston Martin tomorrow.

Love the Merc.. so glad they stuck to the black and made some changes from last years livery..

Alpine looks fast.. that will probably be about it..

While F1 is still and always will be my favorite type of racing, it seems my fellow Americans are slowly (along with the FIA) destroying the sport I love. In 5 years we might be looking at Formula School Bus with the size and rate these things are expanding at. Probably be using flower power from the hippie generation as well.
Can't wait for a return to this size with a V-10: And of course proper gird walks before the race: Yes I'm old and old school and not the least bit pc, but I like what I like From what I can see here the two cars represent two different messages, both seemingly intentional.

Alpine's livery is indeed full of French pride from the tricolor on the nose and sides behind the big A and the current shade of French blue. It has both Alpine and Renault decaled on the car in plain sight. This is a livery that says "I'm French, and I'm proud of it. Team issues be damned!"

Mercedes' livery is almost the opposite. I say almost because of the silver in the back with the AMG logos in the scattered pattern behind the number, replacing the stars. Don't worry, Lauda's red star is still there behind the cockpit. The black on the car it seems, I could be wrong, could be potentially (underline for emphasis) seen as either in conflict with, or trying to erase, the silver on the car. It seems that the expectedly most dominant car of next season seems to have a forced desire not to take pride in being a Mercedes. Something else to potentially blame Hamilton for, I guess.

Two different cars. One that should look proud doesn't, the other that has less reasons to be proud is more proud than the other. One hates its origins, or is told to hate its origins. The other makes it known to all its pride in its own origins.

Again, I could be wrong here.

Bobby Pennington said:
it seems my fellow Americans are slowly (along with the FIA) destroying the sport I love.
Click to expand...

A polite word of advice: don't be so quick to blame your fellow neighbors in America for the destruction of F1, or for that matter any sport. This is more of an ideological problem found worldwide than a national problem confined to one nation or another. I too want the return of bigger engines and the grid girls.

But for now, be thankful for what we do have. Those that have done the damage so far won't stop until there is no sport, period. Why? Because any and all sports show inequality. Always have.

Enough of this, though. This is a motorsport forum, not one for any given ideology. Let's try to get back on topic soon.
S