BillyBobSenna said:
If the don't hire at least 1 American, they suck.
Click to expand...

Do you know any American with F1 licence ?

Injafaz said:
Put Mario Andretti in the car. Being in a Haas is not a career defining move, but with Mario that would at least give them an American Champion in the car. Would not happen any other way, but would love to see that.
Click to expand...

But he was born in Italy! Actually, where he was born is now in Croatia! I am confused and can't stop shouting! Colton Herta!

Here is the deal with the super license situation (specifically, Herta not having one):

2) Romain Grosjean has one, so I'm unconvinced of it's value.

Paradyski said:
Do you know any American with F1 licence ?
Click to expand...

I have no idea but if they don’t hire an American they suck.

Before this was announced I could picture both in DTM, GT3, LeMans, Formula E next season. I think everyone knew this was going to happen when the season started.
M

No big surprise. I always said that one of Haas' problems was their subpar drivers lineup. Grosjean showed some promise when he joined the team 5 years ago but he steadily regressed over time. I'm sure Steiner is glad he won't have to listen to his constant whining over the radio. Magnussen never justified his place in F1 and he's a midfield driver at best.

Neither driver was able to push the team forward, in fact it got worse and it's only logical they're going for a reset.

Seems like Grosjean is going to the WEC or Formula E. Magnussen is thinking about Indycar.
Last edited: Oct 23, 2020
D

Time to pull the plug Haas.

Didn't expect Magnussen to go too, but I guess he didn't do to well on feedback part. He's not top tier but for me he is in tier2 with Hulk and Perez. As for Grosjean, this should have happened at least 2 years ago. Had some speed in pre-hybrid era, but not after that.
I guess it is one Ferrari junior + money for next year. There is simply not enough places for all drivers that can race competitively in F1. Luckily there are other series where they can actually race for wins.
Good luck to these two in whatever they choose next and good luck to us with whatever Haas chooses next.

Both drivers are quick and experienced and deserving a place on the grid, if not championship winners.

Pretty soon we'll have a grid full of Strolls and Latifis while the Hulkenburgs and Perezes look elsewhere
Last edited: Oct 23, 2020

somewhere over the rainbow

not my doing, but I LOL’d pretty hard 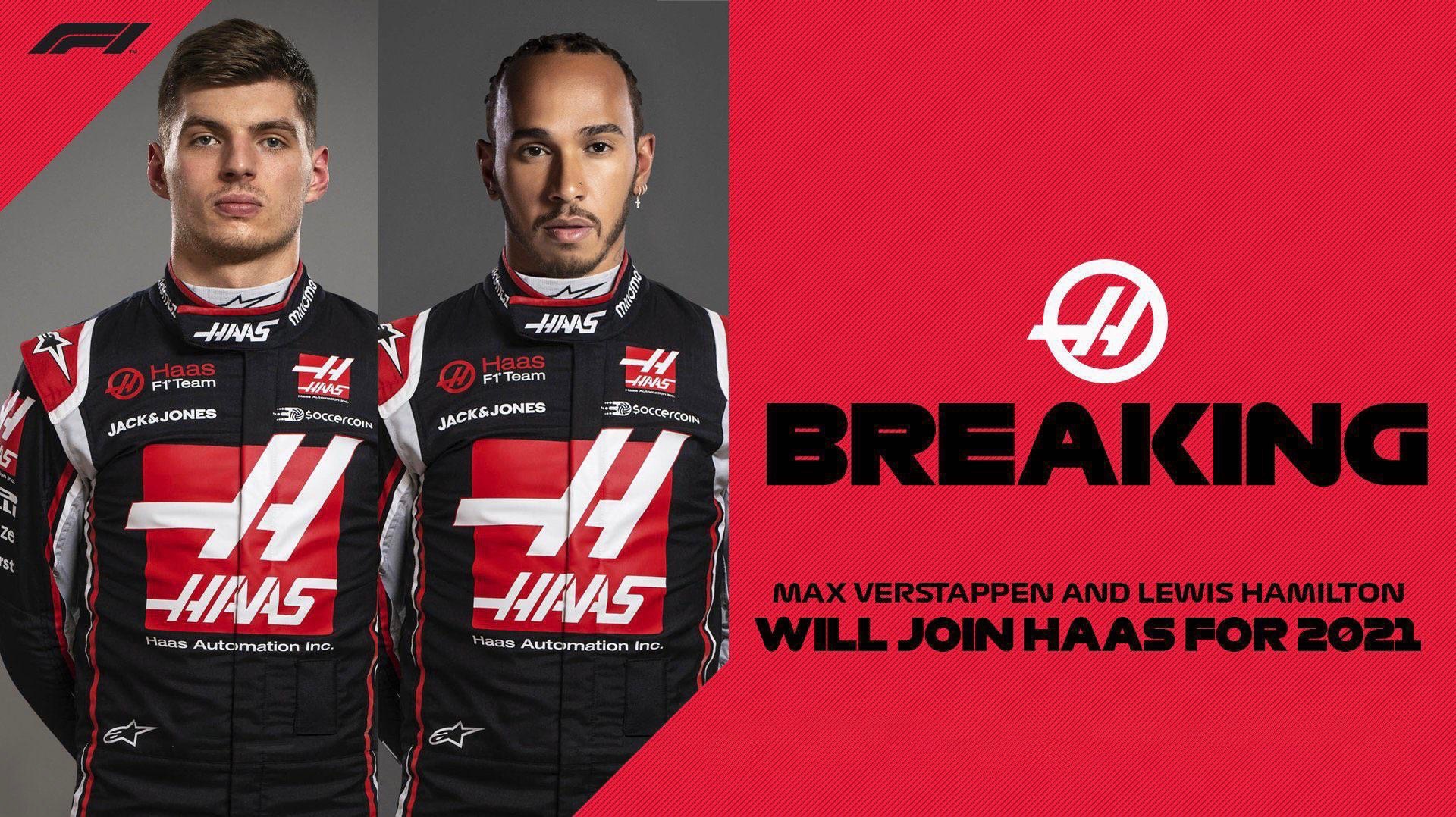 Guga_Cyr said:
not my doing, but I LOL’d pretty hard

could you imagine the S@#^ storm that would happen if that was true, the ratings for F1 would go nuts and the midfield battles would be good to see.
P

And Grosjean goes, letting the biggest mystery of the 21st century unsolved: why do people hate him that much and always think about him first as the worst driver on the grid or the first one who should be fired?...

I've the feeling people made their mind about him years ago after a couple of big mistakes, what they didn't do with other drivers doing such mistakes, and just ignore what he did good or when the car is responsible of him not doing good, and never even asked themselves if they were right to hate him and if it was indeed the worst driver on the grid, encouraging each other to continue the hate.

He is clearly one of the quick ones, often did better, especially in qualif, than the car was supposed to be able to do (and having a terrible and inconsistent car helps a lot to struggle to be quick every weekend lately, way more than with average cars, he did great with Lotus or in first couple years with Haas, and still does great laps from time to time), but no one cares.
He's better in many aspects (driving skill, behavior and/or standing out with the car he has) than many other drivers on the grid (Stroll, Magnussen, Kvyat, Giovinazzi) but is considered worse by most people.

I won't shed a tear for him, he's still one of the luckiest guys in the world, but I don't understand the hate at all.

Now I'm curious to see which drivers will have their career destroyed by Haas
Last edited: Oct 23, 2020

The car is a long way behind on development and not that good. George Russell is geting dumped by Williams, but it will be the same runing around at the back. At least tell new airo comes in, this may ballance feild. Rusell belongs in mid pack.

That will cause drive to survive rating's to go down.

Yes F1 has big market in America. So we need an Amarican driver. They just have to fly to Europe and live there. Unlike Michale Andretti who wanted to fly back and forth between races.

Jason Chamberlain said:
That sounds a bit like Jeremy Clarkson's way of looking at Scottish drivers.

Sorry they are all technicaly all Scotish. The Queen conquered the scots and the Northern Irish and welsh. To form the United Kindom. So in statistics they are listed as GB. That way they can get OBE. The royal family and intrest in them has gone downhill over years. Scotland has there own goverment. And many like myself could not care less what the Queen thinks or dose.

Antony Snook said:
Sorry they are all technicaly all Scotish. The Queen conquered the scots and the Northern Irish and welsh. To form the United Kindom. So in statistics they are listed as GB. That way they can get OBE. The royal family and intrest in them has gone downhill over years. Scotland has there own goverment. And many like myself could not care less what the Queen thinks or dose.
Click to expand...

I don't think you got the point

Back on topic though: regardless of who comes in, it will be a good shake up to the grid, although personally I'd like to see some new blood instead of returning veterans.

Good luck to both in their next endeavors.

However, I wonder about the logic behind having two rookies at the same time in a team that seems to have car development issues.

Would it not be better to have at least one experienced driver to help them get a clue about what is wrong with the car?

GeForce06 said:
maybe this will be the chance for Mick Schumacher
Click to expand...

Mick will be at Alfa Romeo.

I just wanted to announce that I have been testing for Haas on F1 2020. They have been very impressed with my ability to miss apexes, kill the engine in the pits, provide no meaningful feedback on the cars performance and flat spot tires over and over.

I have in hand an offer for next season at the princely sum of 10 Euros.