Formula One boss Bernie Ecclestone says he is determined to introduce a new scoring system that would see the driver with most wins crowned champion.

Oh well it will be much beter for the drivers now because evry1 is just going to race for First place that means more overtaking and they need good cars/good driving experience/driving skills:laugh2:
M

I really hope this doesn't go through.. the people at the back (e.g. force india) are already lacking the motivation to try hard.. this just puts those drivers even further out of the points and removes their motivation.

I thought the idea behind the current system was to keep the overall standings closer throughout the year. Rather than one driver running away with it (ala Schmacher) keeping the interest going until then end of the year. Has Bernie forgotten this?

It looks like Bernie's been smoking the crack pipe again!

What an awful idea - F1, like any other championship is about consistency, not about the top finishers - if it was all about who came first the most, then the likes of Kubica wouldn't have had a chance in Bernie's personal utopia.

And does he think the drivers aren't trying hard enough or something to overtake? Like "encouraging" overtaking - yeah because the drivers that turn up on race day just try to finish a race, don't they? F1 is the top level of motorsport - the drivers there are not grid fillers, if they had the opportunity they would be overtaking each other constantly - the fact is the car in it's current form doesn't allow this, and for Bernie to start laying the reasons on the drivers is a little far fetched IMO.

Please FIA, laugh in his face and give the proposal back to him in paper airplane form! 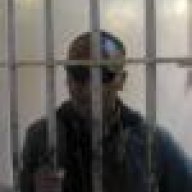 F1live.com is saying it'll be unlikely to be approved by the FIA.
I hope it stays with the points.
M

So the smaller teams now have less to fight for, Weldone Mr £cclestone.

Mister £ccle$$tone did many good things for F1, but now he is ready for a good memorial home.

He can't understand that Hamilton only raced to be in top five in Brasil.
With the new system Massa whas the champion, with one victory more than Lewis.
BUT, what to do with Massa's victory in Spa, he stoled it, Hamilton was the best in Spa and only he should have the Golden Medal in Spa.