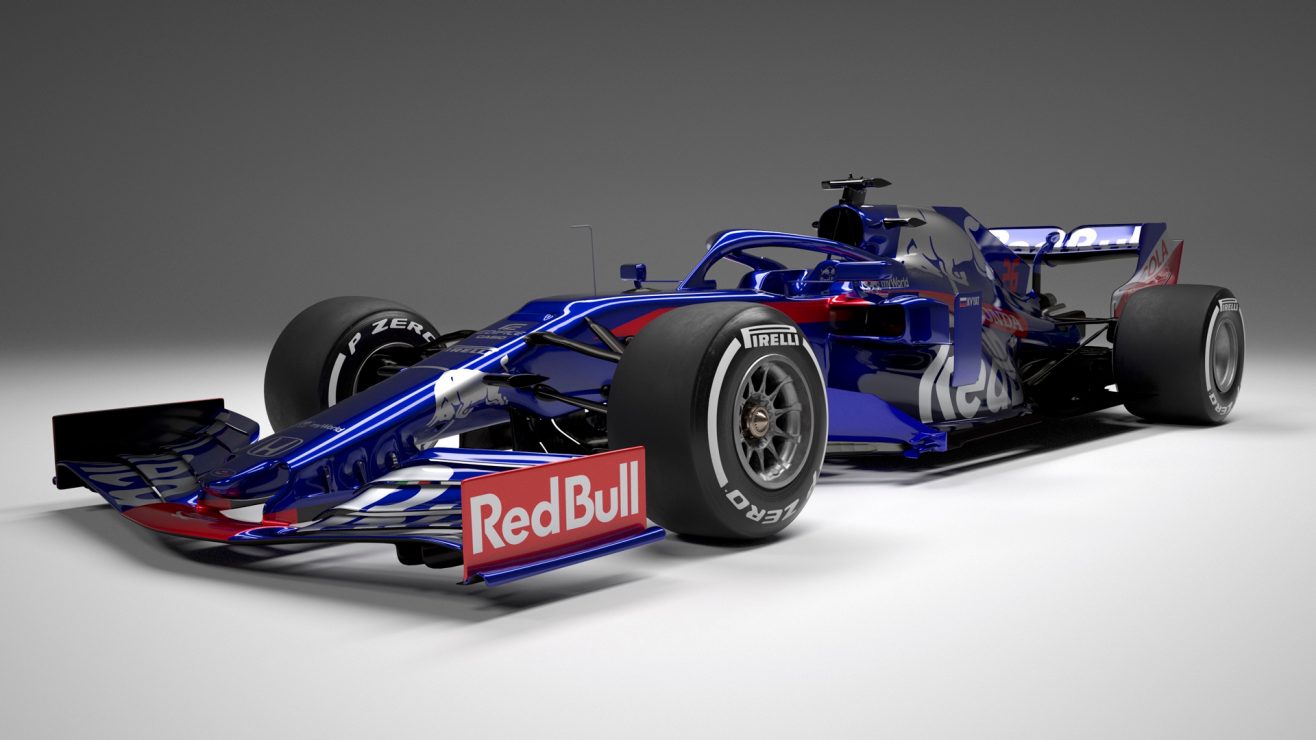 The first physical car release of the 2019 Formula One season is here - the Toro Rosso STR14.

Heading into their second season with Honda power, and benefitting from an all new driving strength comprising of former podium finished Daniil Kvyat and promising Formula Two race Alex Albon, Toro Rosso have today taken the wraps off of their new Formula One car - the Scuderia Toro Rosso STR14.

Giving us our first glimpse of the new regulation Formula One cars outside of some recent renders from the Haas F1 team, the Toro Rosso looks remarkably simple and clean in its design, showcasing what looks like it could be a very effective and straightforward design from the Italian squad, helped no doubt by yet further collaboration with sister outfit Red Bull - additionally aided by the move to share Honda power between both the two outfits for the first time this season. 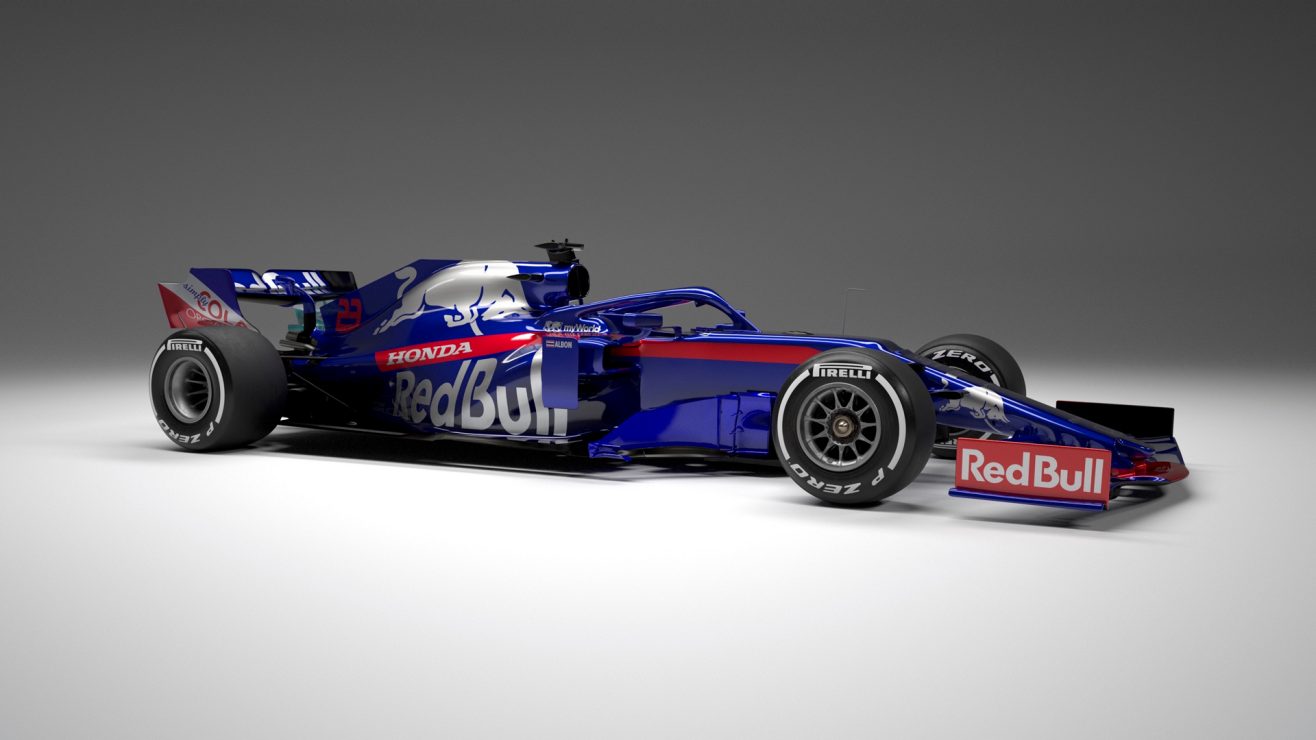 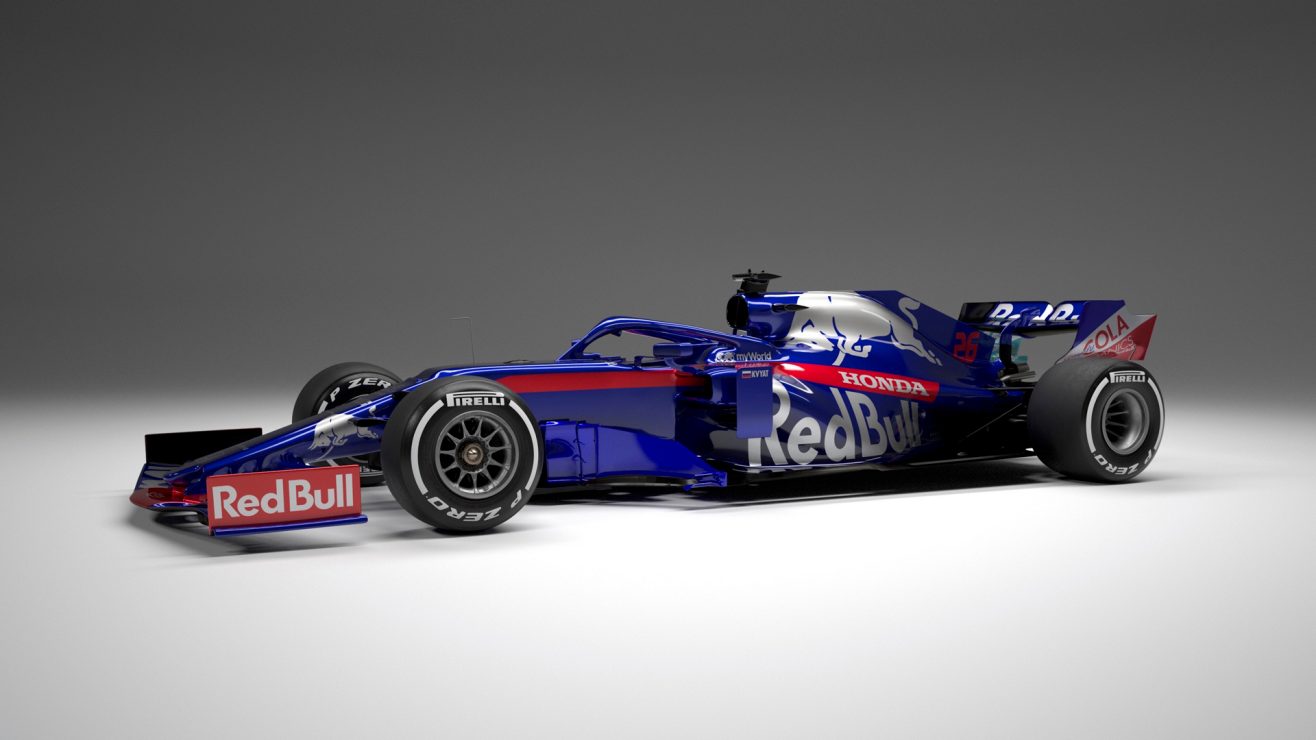 “The ‘rear end’ has been provided by Red Bull Technology,” said Jody Egginton, Toro Rosso’s Deputy Technical Director, “the key change for Toro Rosso being that we are taking a gearbox casing and rear suspension, although many of the internals of the gearbox are similar to parts we have used in the past.

“We’re excited to join Toro Rosso and Red Bull Technology. Synergy is a concept we as a team have embraced. It has several positives which gives us the ability to refocus our design effort on other areas and resources that come with it, whilst receiving parts which are proven trackside.”
​ 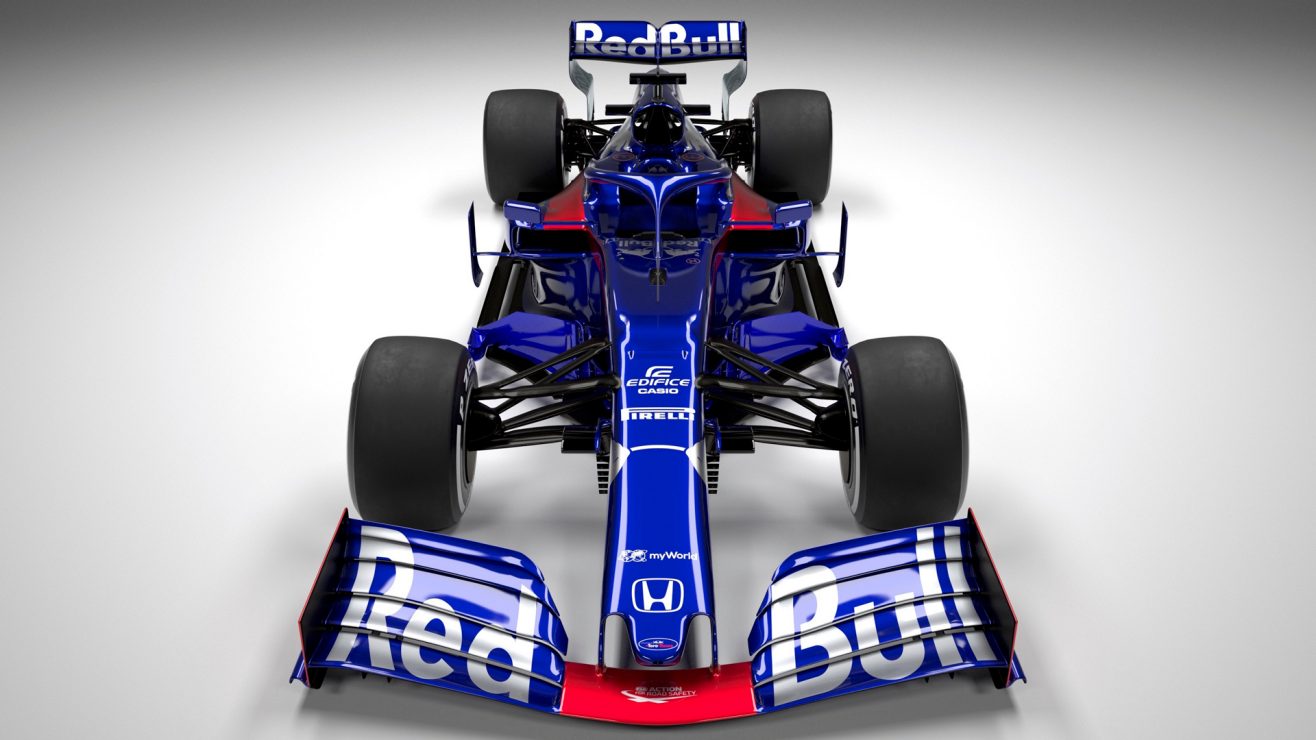 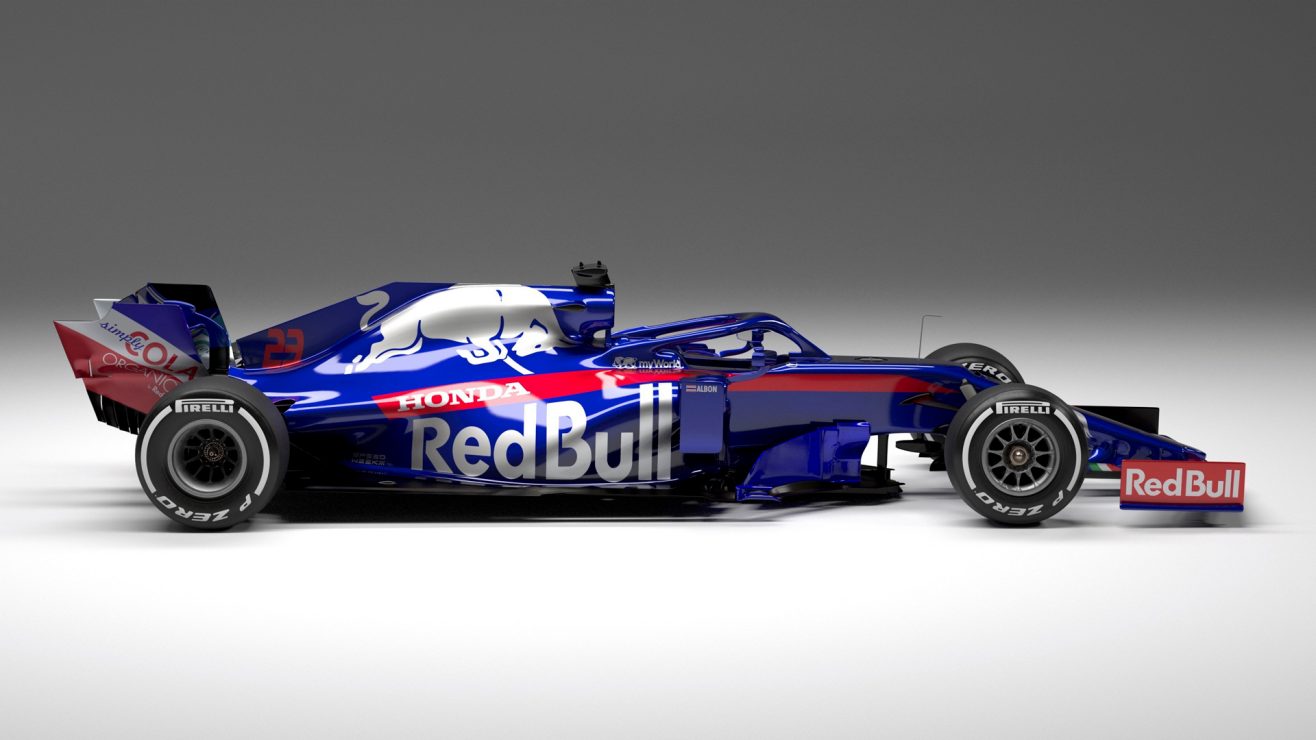 “We have very good technical people to follow the in-house design, and the reliability of last year’s synergy project parts will put us in a more favourable situation to develop quicker during the season,” said Franz Tost, Team Principal of Scuderia Toro Rosso.​
“All things considered, the quality of the synergies with Red Bull Technology, the belief in our very high level of in-house technical knowledge, the impressive development trajectory Honda has shown so far, and the couple of strong young drivers we have available make me feel confident we will put ourselves in a strong midfield position in the championship.”​
With the car launch today, Toro Rosso are the first team to reveal their physical challenger for the 2019 Formula One season, despite rivals Haas F1 taking the wraps off of their new car in the virtual sphere last week - unveiling render images of the new machine alongside a livery launch for the all new black and gold Rich Energy colour scheme.

To check out when the next cars are set to be revealed, and how to watch it all unfold live, check out THIS LINK.

The creative visual team have really pulled the new livery out of the bag. Up all night with that one...

Yeah , the only thing it looks like they've changed is the wheels and if anything the previous wheels looked better ( they were more chrome before which kinda matched the livery better )

Nice car there, good welcome back for Kivyat. Struggling to spot the differences to 2018 cars.

Creativity had some days off.

Same livery as last year's... But why change a winning formula? Toro Rosso still has one of the best looking liveries in F1.

Same livery for 3 years now... I mean, change something at least, a new stripe of silver from front to back, some curves in the red stripe, or put something new here, since that area feels quite empty. Now it's just the same old again... 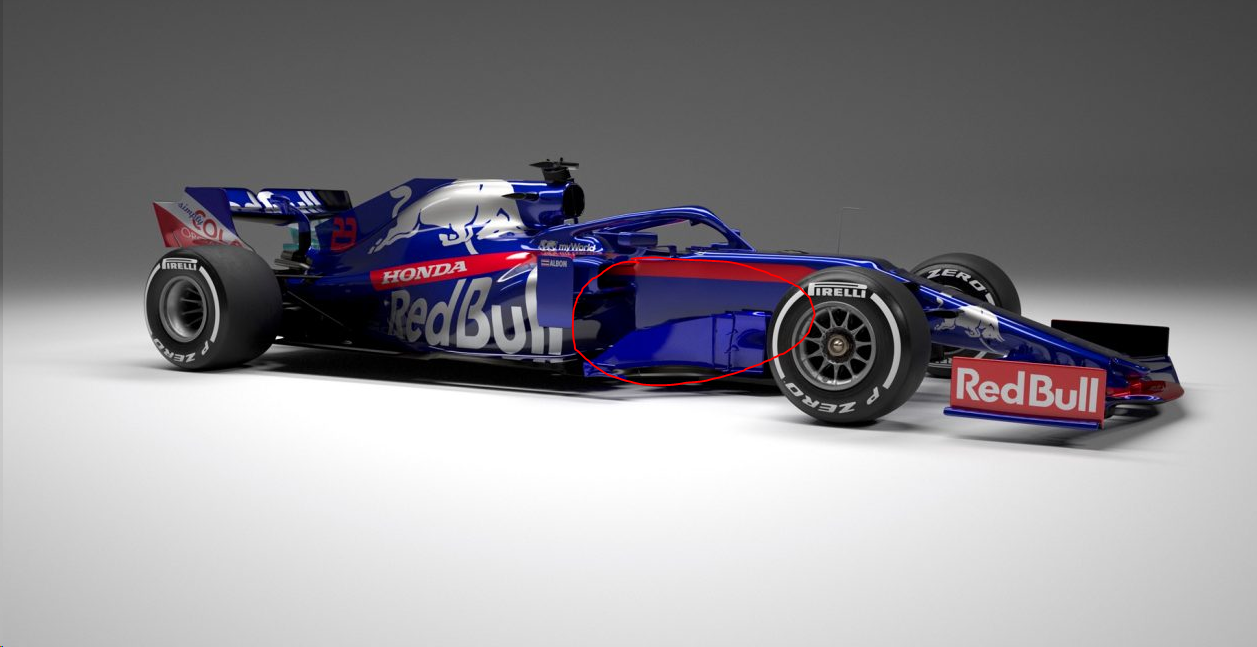 Filip Carlén said:
Same livery for 3 years now... I mean, change something at least, a new stripe of silver from front to back, some curves in the red stripe, or put something new here, since that area feels quite empty. Now it's just the same old again...

Yeah, Honda Wings would be nice in there

But come on guys, yes, this is the same livery for 3 years, but she looks really good, so it's okay to me.

Kivyat and Verstappen approve of that robust front wing.

michelforest said:
Same livery as last year's... But why change a winning formula? Toro Rosso still has one of the best looking liveries in F1.
Click to expand...

I honestly see no real change from the 2018 car. I thought the 2019 would look different?

Hi! Watching the colors used in the clothes, I thought that they will be using some black in the livery. IDK if it is allowed -or if there is a special topic for it-, but I did some quick edits on what I was expecting for Toro Rosso this year.

str14 by Toro Rosso v2 by LVJMP, en Flickr
You must log in or register to reply here.