Codemasters have confirmed an earlier than expected release date for F1 2019, as well as customer liveries and their most "ambitious" Formula One game to date.

It would be fair to say that the Codemasters Formula One franchise has seen some significant improvements in recent years, with the 2018 effort from the British studio arguably representing their finest effort with the series to date. Benefiting from increased offline depth with new career mode and development features in recent years, Codemasters have confirmed they plan to take things a step further once again for the 2019 release.

Set to feature the long awaited ability to create custom liveries within the game, F1 2019 looks set to be the most customisable out of the box configuration that has been seen in the long running and hugely popular franchise. 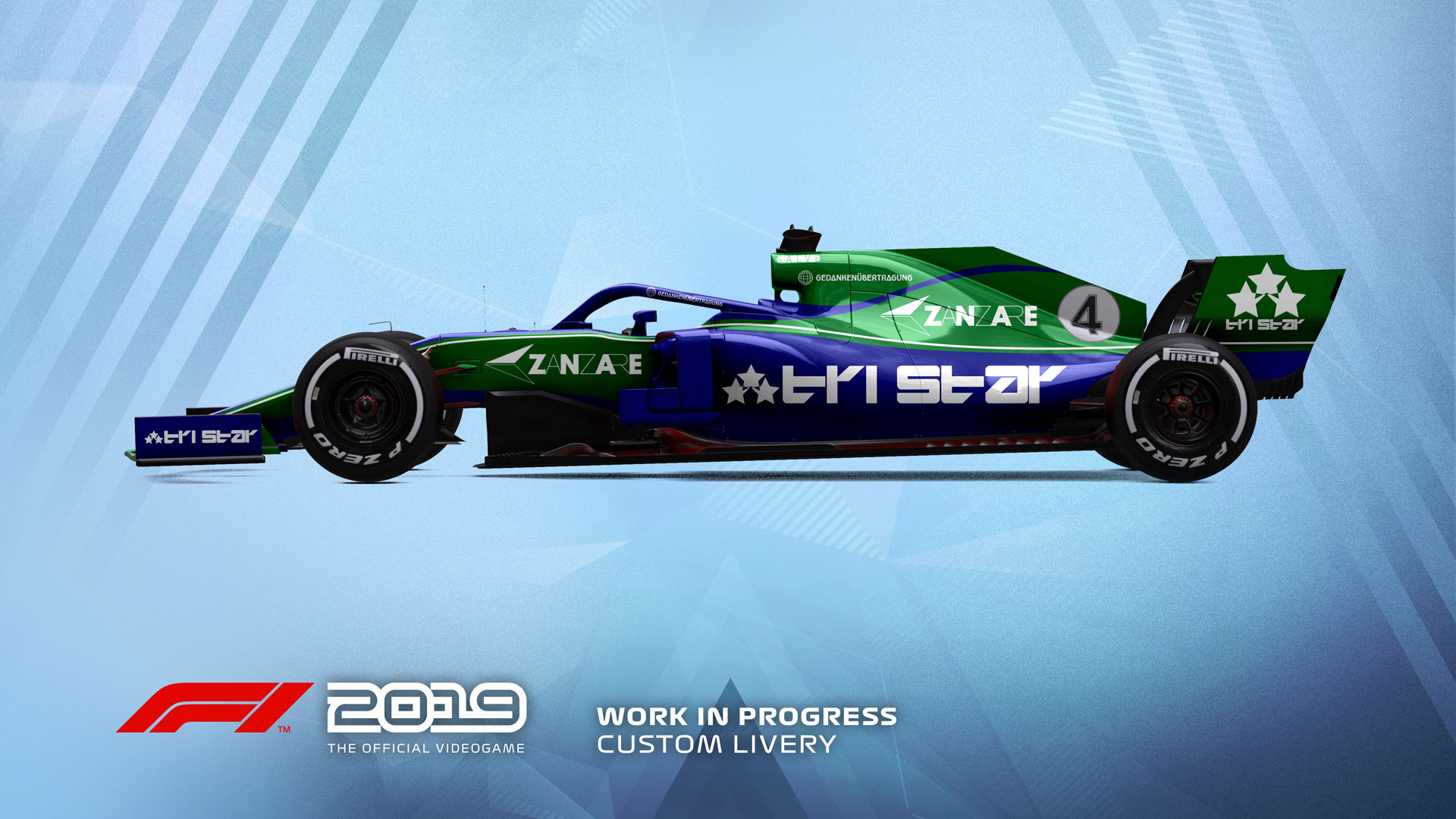 “We are absolutely delighted to be able to release F1® 2019 earlier in the Formula 1® Season, so that the game can be played and enjoyed at the same time that the real-world championship picture is starting to form,” said Paul Jeal, F1® Franchise Director at Codemasters. “Our close relationship with Formula 1® has played a major part in achieving this key objective for the franchise. That in addition to our near two-year development cycle, has allowed us to develop some exciting new features and other firsts for the franchise that we can’t wait to share with our community in the coming months.”

“The exciting collaboration with Ross Brawn and Pat Symonds has created new levels of player personalisation in F1® 2019 through the inclusion of the new regulation car,” said Lee Mather, F1® 2019 Game Director at Codemasters. “With the continued growth of the F1® series, it’s great to give players more control and new levels of car and driver customisation and we can’t wait to talk more about this alongside the new multiplayer features in the coming months.”
​ 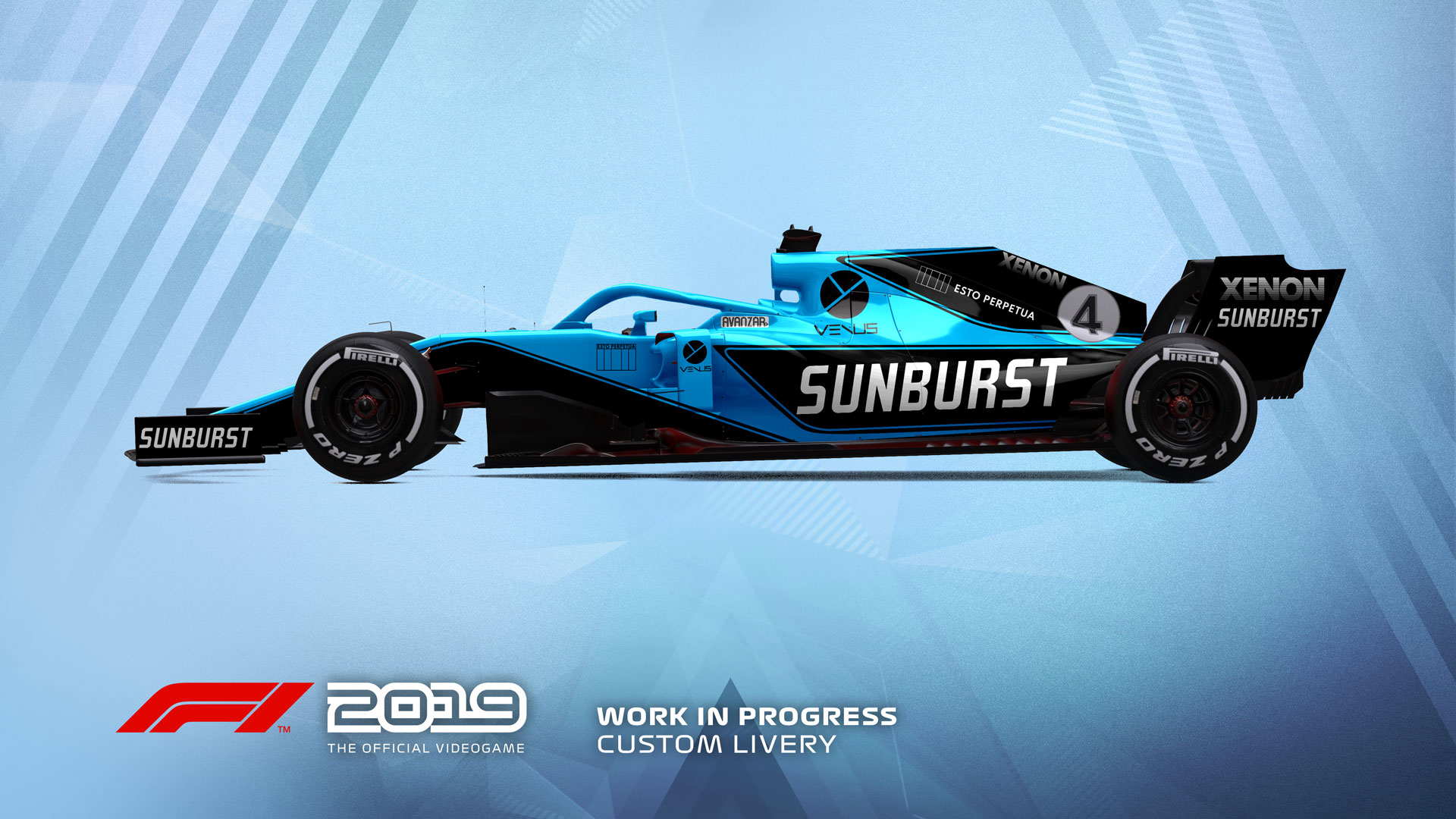 Having been in development for almost two years now, F1 2019 could well be a very impressive piece of gaming software when it releases around Austrian Grand Prix time later this year.

For all the latest news and discussions around F1 2019, check out the upcoming F1 2019 sub forum here at RaceDepartment.

F2 is a great addition to the game, Livery customization is good too (although it won't be available in career mode, but it's ok as i think it should be like this).
and bout the graphic quality i just hope for a proper Anti-Aliasing not a blurry temporal mess
Upvote 0 Downvote

Nice! Custom skins is a dream for me. Looking at you raceroom
Upvote 0 Downvote

Is F2 going to be included in the game?
Upvote 0 Downvote

Please tell me there is great support
Upvote 0 Downvote

chrillgrill said:
Is F2 going to be included in the game?
Click to expand...

Well the last two seconds are showing the current F2 chassis so I'd guess they'll add it.
Upvote 0 Downvote

Formula 2 and custom liveries are looking very promising and definitly raises my interest in the game, but with the release date earlier I am worried that the game will be even buggier than the previous titles.
Upvote 0 Downvote
M

delicousmuffin said:
Formula 2 and custom liveries are looking very promising and definitly raises my interest in the game, but with the release date earlier I am worried that the game will be even buggier than the previous titles.
Click to expand...

They've been working on this edition of F1 for two years, so I don't expect a significant number of bugs. Obviously, there will be a few patches, but that's the case for every sim, not just F1.
Upvote 0 Downvote
M

F2 is a great idea and I guess it will be a part of career mode. Really looking forward to this. The F1 games are very enjoyable now, much better than the previous editions, even if the simulation aspect is a controversial topic among sim racers. As for me, I take them as they are: games.

The option to do custom liveries is a nice touch. I hope they improved the helmet customisation too. Right now, the designs are bit boring and the custom helmets don't have any sponsors logos, which takes away from the realism.

Obviously, the best possible improvement to career mode would be the possibility for real-life drivers to switch teams. That's the biggest limitation in career mode. But I'm not getting my hopes up, considering all the contractual problems that would create if it was implemented in the game.
Upvote 0 Downvote

Please read carefully before getting too hyped up:
Custom liveries are not meant for the official 2019 F1 cars but only for the multiplayer-exclusive 2019 spec car.
"The car, which will be available in Multiplayer, adheres to the 2019 regulations and comes with a range of livery designs offering you a new level of personalisation."
Upvote 0 Downvote

All I want to hear is MORE SIMULATION and less arcade, PLEASE!
Upvote 0 Downvote

So, pre-fab livery assets, uh no thanks. I'd be happier with skin templates for the PC version.
Upvote 0 Downvote

Another year another F1 game...it is like FIFA or CoD, we would be better if they spent more time polishing a game instead of developing a new one. Adding the 2019 car and track lineup to F1 2018 (renaming it to F1 something) for example as a DLC would be more appriciated.
Upvote 0 Downvote
D

I really wish I could enjoy this game, but for some reason when I purchased the F1 2017 game the handling never felt quite as good as on the more hardcore simulators.
Upvote 0 Downvote

Dobermann92 said:
Another year another F1 game...it is like FIFA or CoD, we would be better if they spent more time polishing a game instead of developing a new one. Adding the 2019 car and track lineup to F1 2018 (renaming it to F1 something) for example as a DLC would be more appriciated.
Click to expand...

But it says its been in development for 2 years... somehow...
Upvote 0 Downvote

nolimit2k6 said:
But it says its been in development for 2 years... somehow...
Click to expand...

So they knew the cars and the tracks in advance? Or the rule changes? The only thing they could know is the physics, because they decide it...weird.
Upvote 0 Downvote
You must log in or register to reply here.

F1 2021 What F1 game is the most controller-friendly? And what AI is the best?