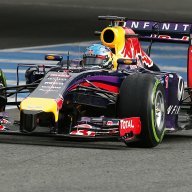 So what will we be able to mod in 2015? With Codies releasing the game on their new game engine we may be able to do some things we haven't been able to do before e.g. Create Tracks. Also will Codies release the proper skins with the game, or will the modding community who are unpaid be left with that responsibility. Another big talking point was about F1 2015 having customizable helmets etc. Will Codemasters include a special Database Editor like Cyanide does for the Pro Cycling Manager series? Also (and I am sure some modders agree) modders could be able to release their mods as DLC's into the game (Only for good mods) or perhaps Codemasters FOR ONCE GET US TO HELP AND MAKE THE SKINS!!!!!! AND WE GET PAID! Seriously they are paying guys big money to create some fake logos on a car, when people like us in a few hours can create an exact replica, and we do not get paid a penny. Do any of you have your own suggestions on how F1 2015 modding may be?
A

Helmets, race crew suits, driver suits & gloves and pitcrew suits which are outside of car skinning. 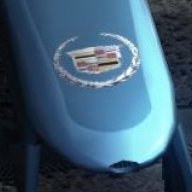 After being out of F1 gaming scene (and modding) for at least 1 year, I am also very interested if you guys have any information as if, and how, we can create car liveries and complete team skins in a relatively smooth fashion again like in 2011/2012 ?.
When the big modding hero "ML2166" also claimed it was very hard to make them in 2013/14 it made me drop it. Are the news better for F12015 ?
You must log in or register to reply here.
Share:
Facebook Twitter Reddit Pinterest Tumblr WhatsApp telegram Email Link
46 comments
AMS 2 | Nords & More Coming To Automobilista 2 Soon!
235 comments
RD MINI Challenge 2020
3 comments
Assetto Corsa Competizione | Console Update Available
17 comments
KartKraft | New Build Update Now Available
48 comments
2020 Formula One Portuguese Grand Prix | Discussion Thread
50 comments
F1 | Grosjean and Magnussen Exit Haas
Top Bottom