The setup directory is here

The setup template and rules are here

If you need any help please feel free to ask away!
If you see a post which is offensive or bullying, please hit the 'Report' button at the bottom of any post. 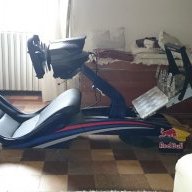 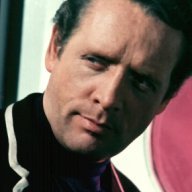 One of the features of this year's game is the ability in time trial to use the setup of anyone who has posted a time on the leaderboard.

One consequence is that it might be something of a disincentive to share setups on this forum; another, that the TT setup might not work too well in other modes of the game - tyre-wear for example (though this aspect is rather difficult to gauge since, at least to me, tyre wear is hard to detect and seems less of an issue in this year's game).

Differential is probably the most significant new option this year. Looking at the setups from the top of the leaderboards, 100% on throttle seems a norm. But of course, the top times tend to be a Mercedes, which seems to me to behave as though it has TC compared to lower tier cars. The 100% on throttle doesn't work so well on a Marussia (2014 season).

Wings do seem to give nose and grip this year though.

But to be honest, I continue to remain bemused by the setup options in this year's game.

Tyre pressures? Anyone detect an effect?

Differential setting definitely have an impact, but more so in lower tier cars.
L

The one thing that surprised me the most is that on some cases they seem to go against conventional wisdom. Since when ballast to the front causes understeer?
You must log in or register to reply here.
Share:
Facebook Twitter Reddit Pinterest Tumblr WhatsApp telegram Email Link
0 comments
Barcelona Calls | Ferrari Hublot Esport Race This Evening
41 comments
DTM | GT3 Regulation Shift For Post 2020 Season
64 comments
2020 24 Hours of Le Mans / 24 Heures du Mans (Live Stream)
8 comments
MXGP 2020 | New Milestone Bike Racer Announced