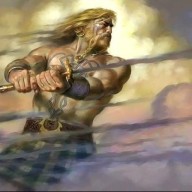 Not sure if this is the right section but anyway here it goes...


Bought this game for the ps3 over a month ago to play co op with a friend, he was leaps and bounds ahead of me always winning but i slowly got better and now its to the point where we get to be pretty much neck a neck in races.

The problem im having is tyre ware and his ability to beat me by using certain techniques to spare them.

For instance yesterday we were neck a neck, he made a mistake n spun out and went from 1st to 11th i think. We were on option, prime prime. I held the lead all the way to lap 22 when he made a pitstop and went on options instead of primes and could make faster laps on the options.

I stuck with the primes as it was the race strategy and I dont know how to make options last over 6 laps.

So long story short he made up a load of positions and by lap 27/28 was up my ass, he did spin out coz of the tyres but he made up 20 seconds and has done this before and over taken me for the win.

Its frustrating as hell, he says he does it by staying off the racing line but i dunno seems like a hack to me, for him to be way done, 20 second gap on him, then he puts on tyres that are not to last over 6 laps, he can make them last 10, make up lost time and even win.

Anyway to help me do the same because its pure injustice as far as me not being able to do the same, running a perfect race then him coming on with tyres he shouldnt be on and be able to win.