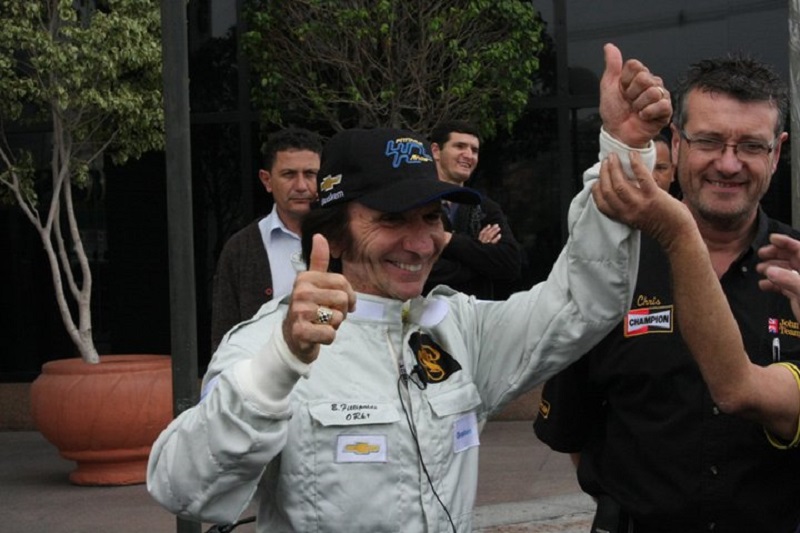 Former double F1 world champion Emerson Fittipaldi will make a shock return to racing in the World Endurance Championship finale at Interlagos next weekend. The 67 year old is returning to the cockpit to help raise the profile of the event he is helping promote in Brazil.

Fittipaldi will race an AF Corse Ferrari F458 GTE car in the GTE Am class alongside Alessandro Pierguidi and Jeff Segal after their regular partner Alexander Talkanitsa Sr stepped aside for Fittipaldi. The 6 hour event will be a keenly contested one in the GTE Am class, as Fittipaldi will be competing for the first time since racing in a Porsche 911 GT3 Cup car during a Brazilian GT championship campaign in 2008.

AF Corse team boss Amato Ferrari added his comments to the news "Emerson was a hero of mine when I was young, so it is a pleasure to have him in one of my cars. There will be no chance for him to test the car, but I feel he is very motivated and can do a good job."

This deal was put in place only after two other attempts to put Fittipaldi in the race were rejected. The first deal for him to race a regular entry OAK racing LMP2 Morgan-Judd/BMW prototype fell through, before a potential extra entry from Aston Martin Racing with an all Brazilian line-up including Bruno Senna fell through because of budget issues. From here it will be intresting to see how Fittipaldi copes with a modern GT car in the highly competitive World Endurance Championship, although it certainly will have raised the profile of the event next weekend.

I have a feeling he still remembers how it's done. But will modern helmets accommodate the sideburns?
You must log in or register to reply here.