The first output of the newly cemented ownership of Playground Games by industry giants Microsoft, Forza Horizon 4 is set to be the latest edition of the best selling arcade racing game spin off to the popular Forza Motorsport franchise of titles.

Building on the success of the last release, Horizon 4 aims to be bigger and better than the ever before as Playground Games look to incorporate many new features to the series, expanding yet further the themes and gameplay mechanics that have been honed over the previous three titles within the series.

Set to be based in England for the first time, Horizon 4 promises to offer a large and immersive open world map that looks set to take in some of the most historic landscapes found in the UK, from city driving in London to rolling hillsides and beaches, Horizon 4 will continue the recent tradition of launching on both Xbox One, Xbox One X (in 4K) and Windows 10 PC.

With high end graphics and high octane action, the new title is set to contain an impressive array of cars from the history of road and race machines. At the very front and centre will be the stunning new McLaren Senna alongside over 450 cars from 100 different manufacturers, giving fans an enviable opportunity to sample many of the automotive greats (and probably not so great too) cars from different eras, both of the road, race and off road varieties..

As well as the sizable selection of vanilla car content, Horizon 4 should also come with a comprehensive customisation set of tools, allowing players to change liveries, driver gear, settings and setups to suit the environments in which they plan to race.

In terms of what we know so far, it looks like Horizon 4 will feature what the developers are calling "dynamic seasons that change gameplay", which one must assume means both weather and time of day settings, although the exact detail behind this statement has yet to be revealed.

Additionally, and something new to the franchise, players will also have the opportunity to unlock and purchase key property assets within the game world, opening up previously locked gameplay perks and items, adding another element of career like gameplay to the title aside from the main ingredient of car collection and racing.

In terms of online functionality, players can choose to play alone, cooperatively or join multiplayer for casual fun or ranked teams. In addition, integrated Mixer broadcasting and spectating features will be also be present at game launch.

All sounds pretty exciting stuff, stay tuned to RaceDepartment for more information as it becomes known...

Check out the upcoming Forza Horizon 4 sub forum to stay abreast of the latest news and discussions around this upcoming new arcade racing title.

Paul Jeffrey
RaceDepartment Editor-in-Chief, occasional YouTuber, commentator and broadcaster, with a passion for motorsport on both the real and virtual racetrack.
Reactions: Filip Carlén, Friedrichpc, Raffi_M and 5 others 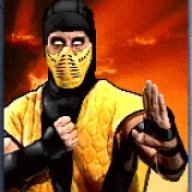 Looks good I'm hoping they remove the xp to win online championship, with forza horizon 3 you can just drift around the race/track to win instead of coming first. Also heard they're adding potholes lol
V

They have to support UDP for motion rig and support for high end wheels like Accuforce, etc... this time around!
Reactions: Sicario Del Toro 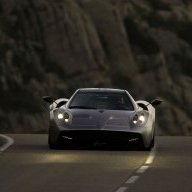 I wish they fleshed out the progression, in minutes you're driving top tier cars and swimming in money... I miss starting with simple cars and going up on the food chain

Typical, another attempt to force a system upgrade to W10 whats wrong with making it W7 compatible, there's still millions of W7 systems being used, oh well their loss I guess, $$$.

VFX Pro said:
They have to support UDP for motion rig and support for high end wheels like Accuforce, etc... this time around!
Click to expand...

i wouldnt count on forzas physics and ffb to be up to snuff for use with real wheels. i played fm6 with the cswv2 and after being spoiled by assetto for a few years, it was pretty much undrivable. beamNG ffb is better, no joke.
J

The only thing I found good with Horizon 4 is the weather transition from season to season. Still intrigued with the upcoming car list though. 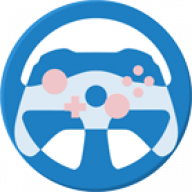 I hope they get rid of that horrible "Kiera" voice over, the posh south side Dublin City accent, as an Irishman its like a dentist's drill in my ear
Reactions: TyShots 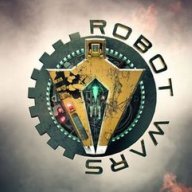 I am going to waste so much money on this game 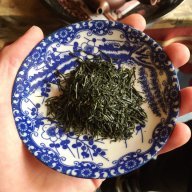 i also see that they finally made the walls breakable which is also pretty good, and some deformable sand and mud.
i like the seasons BUT i really dont think its dynamic as they say, i think it will be a loading screen transition.

now there's couple of things that prevent me from buying this based on previous experience with fh3.
1.the windows store is terrible and sometimes will start over your game download several times from the beginning. they also encrypt all the game files and lock you out from even opening the game folder.
2.the performance on older systems is terrible, forza games for some reason take up all the memory and then some more until it crashes. and then there is also the cpu usage issues where it hammers only one core.
Reactions: Metalogic 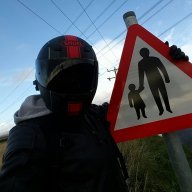 VFX Pro said:
They have to support UDP for motion rig and support for high end wheels like Accuforce, etc... this time around!
Click to expand...

Be careful what you wish for, Forza FFB feels like I'm driving a sausage. I'll be sticking to my controller.

C'mon Brits, let's work out what locations we can see in the trailer.

Edinburgh
Having spent the last 4 years in Edinburgh, I am very excited for this game. It would appear to be the main city in the game, with the centre of the city - Princes Street and the Royal Mile - seemingly modelled incredibly well. Edinburgh Castle is visible from the lighthouse area and should be a large part of the game.

Ambleside
I could see it as a location on one of the road signs early on. It's a town on the bank of Lake Windermere in the Lake District. This will give us a load of really nice mountains to play with, and a lake, probably for that Hovercraft to play on.

Glenfinnan Viaduct
If you don't know about this viaduct by name, you probably recognise it from Harry Potter and the Chamber of Secrets. Part of the West Highland Line, which has twice been voted the "most scenic railway line in the world". This would also suggest that the Scottish Highlands will also be in the game, giving us two large mountainous regions.

Castle Combe (Not 100% sure)
The square building in the middle of the green in the picture with the E-Type looks very similar to the one in the village of Castle Combe. It is a great example of a picturesque Cotswold village in England, called "the prettiest village in England" by the Visit Wiltshire page. Would this also give us the Castle Combe circuit?

Those are really the only three places I could definitely recognise. There was a big red lighthouse visible in the trailer that I couldn't pin. Maybe the rally section was in Wales too. Does anyone else know anywhere else from the trailer?
Reactions: Sonoafafayon
S

"C'mon Brits, let's work out what locations we can see in the trailer." I was about to point out the error in the description- "Set to be based in England for the first time"

That's going to upset the Scots and the Welsh!

In the background of the lighthouse shot it looks a lot like Bamburgh Castle in Northumberland- I suspect the lighthouse itself is just "generic UK" rather than being based on a real location but a quick google shows it mostly resembles Tarbat Ness in Scotland (but the surrounding buildings are different).
Last edited: Jun 12, 2018
Reactions: Alexandr66 and snyperal

Stagga said:
In the background of the lighthouse shot it looks a lot like Bamburgh Castle in Northumberland
Click to expand...

It's probably Edinburgh Castle though, just viewed from the South. They'll have only modelled the north of it for Edinburgh in game 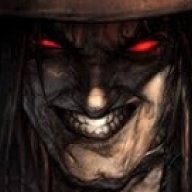 Forza 3(just like forza 7) is a very good game, at least it was until I bought a Wheel....it`s not playable whit a wheel for me.

I use TrustM T500 , I prefer to use keybord in those games but still Forza is the best racing game(not simcade or simulation, just a game) on market and none of us can do anything abut it

PS. to much AC or rfactor and I just dont konw how to drive cars in forza anymore, it`s kind of funny.

Pitr said:
.it`s not playable whit a wheel for me.
Click to expand...

The only thing that is keeping me away from the Forza series still. I can't race with a controller.

Looking very nice as expected. They are pushing for sales of the updated Xbox One X after all. I just hope they optimise it properly for PC and try and make it drivable with a wheel and pedals.
Excuses of being a console port don't stack up when you're touting it for PC use too...
You must log in or register to reply here.
Share:
Facebook Twitter Reddit Pinterest Tumblr WhatsApp telegram Email Link
5 comments
ATS | Idaho 'Viewpoint' Feature Coming Soon
13 comments
2020 F1 Aust.... Styrian Grand Prix Discussion Thread
28 comments
Breaking | Mugello Added To 2020 F1 Calendar
53 comments
Project CARS 3 | Latest Screenshot Previews And Gameplay Mechanic Insights
31 comments
Assetto Corsa Competizione | GT4 Trailers For Audi, Ginetta and Alpine Revealed