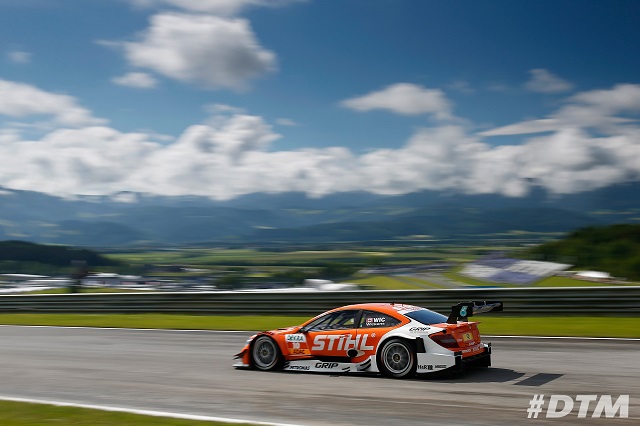 The sixth round of the 2014 DTM season takes place this weekend in Spielberg, Austria. On both Saturday and Sunday you can watch the livestream coverages of the qualification and race as the Battle of the Brands between the Germany's top car manufacturers Audi, BMW and Mercedes continues at the Red Bull Ring.

The Austrian round of the DTM marks the start of the second half of the season with Marco Wittmann traveling to Austria as the leader of the championship. The BMW youngster, only racing in his second full season, is followed by Sweden's ace Mattias Ekström (Audi) and BMW's Bruno Spengler.

Watch the DTM live
Live streamed racing action is expected during the thrilling staged qualifying on Saturday, which will begin at 16:05 GMT (18:05 CEST). On Sunday the all-german car brand battle continues with the race starting at 11:15 GMT (13:15 CET)

Click here to open our live stream player and popular chatbox and watch the DTM qualification and race live and join the conversation with other touring car fans from around the globe.