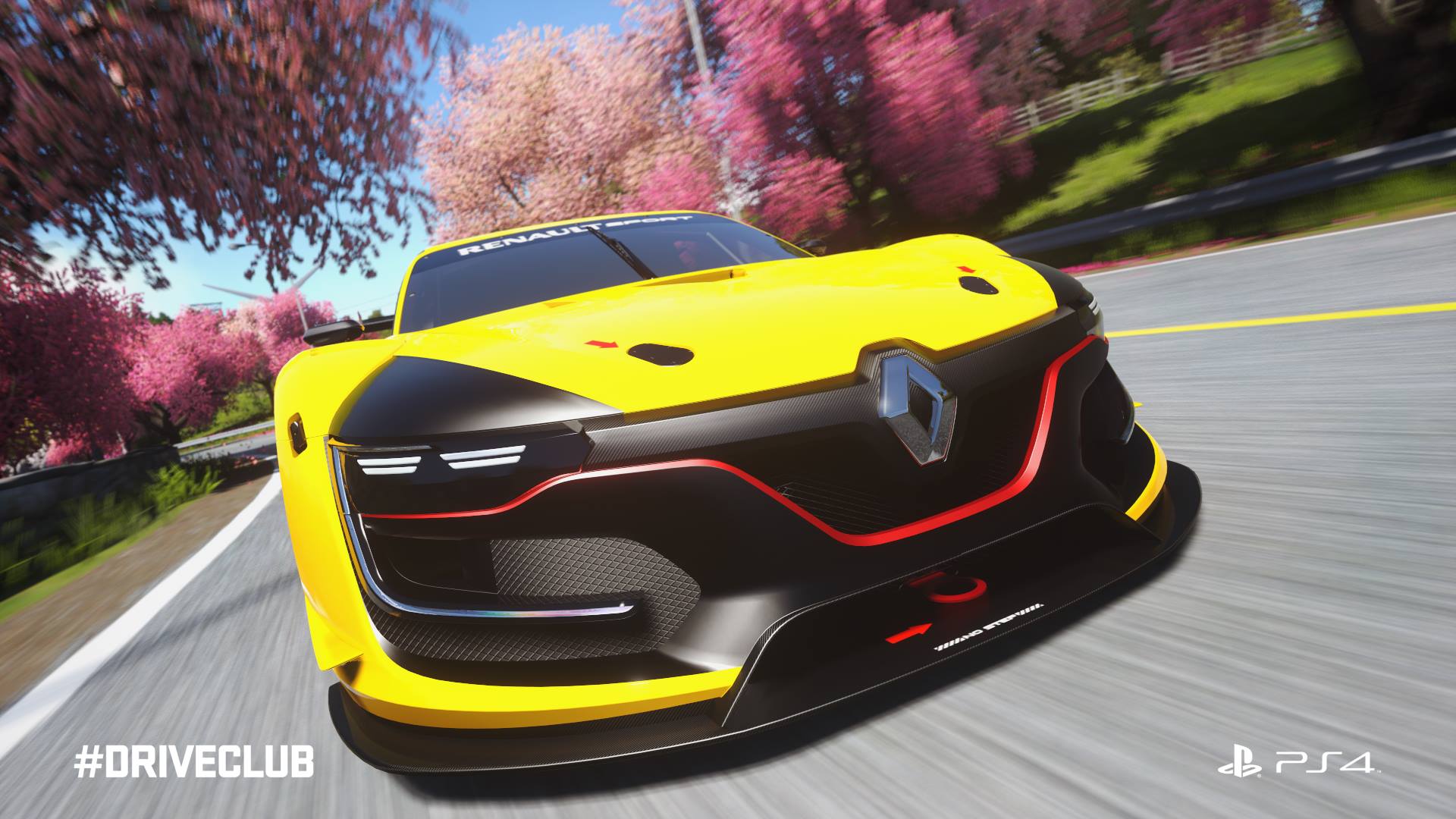 Driveclub has reached version 1.21 with another big update for the exclusive PlayStation 4 racing game.

Evolution Studios really has been working hard on Driveclub since its somewhat troubled launch. The studio keeps on pumping out updates and adding new content and features at a monthly rate, so the new patch shouldn't come as a surprise.

Included this month are a new free supercar (the Renault RS01 - as pictured above), the new Sprint mode which brings 12 new track variations and many other things.

The update also adds support for the next free car (the Ferrari 488GTB) and for the Thrustmaster TH8PA shifter. The latter is a very interesting addition, and one that certainly isn't a given on an arcade racer; both sequential and clutch shift modes will be supported.

There are a lot of little things added by the patch, like the rebalancing of some cars, and the addition of more car stats on the selection screen.

Update 1.21 weighs 500MB and will bring the total size of the Driveclub installation up to 11,3GB.
You must log in or register to reply here.
Share:
Facebook Twitter Reddit Pinterest Tumblr WhatsApp telegram Email Link
6
WRC | Loeb Dropped For Sweden - Breen in at Hyundai
98
Opinion | Racing In The Rain
0
The Future of Product Promotion on RaceDepartment Forums
18
F1 | First Images From Vietnam GP Pitlane Revealed