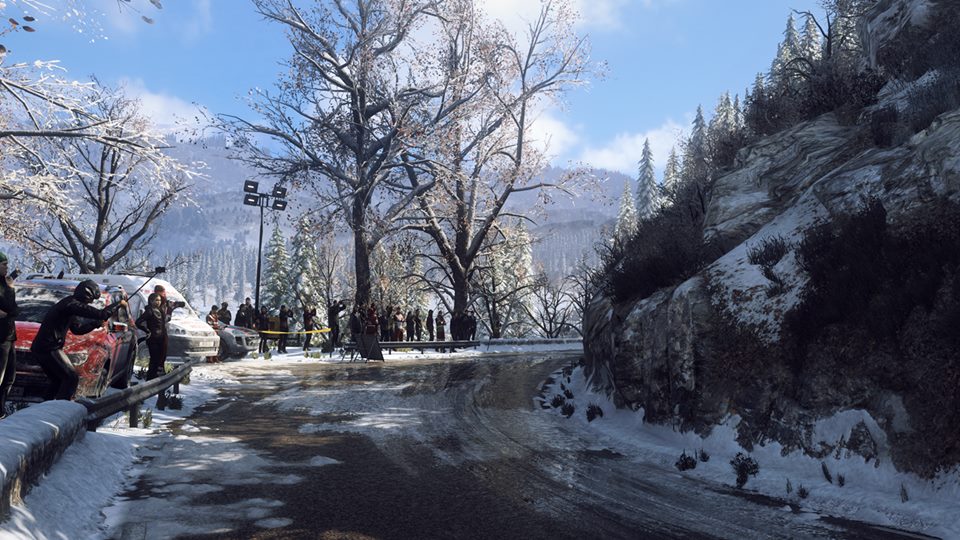 DiRT Rally 2.0 has been updated today, and now includes the Monte Carlo Rally.

Having received the first new rally location since releasing on PC and console back on February 29th, DiRT Rally 2.0 by Codemasters has also had a small update applied to the title as the development team look to respond to the wave of feedback received since first shipping out the much awaiting sequel to the impressive DiRT Rally of 2015.

Of course new content is often likely to take the headlines, and even though Monte Carlo is a returning location from the original title, much work has been undertaken by Codemasters to bring the rally up to the new standards both graphically and technologically. Featuring graphically enhanced stages (as can be seen in the Monte Carlo Rally previews here) and the latest stage deformation features that have come to DiRT Rally 2.0, the "new" event should hopefully offer a suitably changed experience to make it a worthwhile experiences for players of the earlier title.

Update 1.2.1 Notes
Ok, we have to admit that isn't exactly an overwhelming amount of changes that Codemasters have brought with the new build, however it has been stated by the developer that they are continuing to listen to community feedback as they develop further enhancements for the game. Some of the most vocal feedback has been around the FFB implementation within the title, and Codemasters have confirmed they have acknowledged this complaint, and are continuing to investigate possible solutions that they hope to release in the near future.

DiRT Rally 2.0 is available for PC and console now.

For more from the world of the DiRT series of games, be sure to check out our DiRT Series sub forum here at RaceDepartment.

Cool, more content that I won't use till the ffb and physics are fixed.
Sadly, Forza Horizon 4 feels better than this title with a wheel.
Upvote 0 Downvote

Kurupt CDN said:
Cool, more content that I won't use till the ffb and physics are fixed.
Sadly, Forza Horizon 4 feels better than this title with a wheel.
Click to expand...

I edited device_defines and FFB is already fixed for me, i can feel the weight, bumps and colisions, i'm using a G920 on PC. The only remain problem is that tarmac physics are completely ****ed up, mainly at spain.

Tarmac sections in other locations doesn't feel that bad.

it will not be fixed as it was designed like that. massive fail.
Upvote 0 Downvote
C

Oh wow. I only had a couple of runs at Pra d'Alart to be able to get a video out in the morning hopefully, but I can say I'm *thoroughly* impressed. I absolutely love the way it feels and handles and I don't really care how realistic or unrealistic it is. I doesn't matter we've already spent hundreds of hours on these stages, they still feel *very* different (and you have to approach them different in many ways) due to the very much enhanced road surface variation. You can absolutely tell the difference between the various surfaces in how the car handles, and you can also very distinctly feel it through the wheel - each of the surfaces feels different and the feedback about what the car is doing is great. Especially the parts where there are snow and ice patches on the road are really tricky and you certainly have your hands full if you happen upon one mid-corner.

So yeah, absolutely loving it so far. Definitely well worth the few euro they ask for it, might be the best content for DR2 so far in fact.
Upvote 0 Downvote

What happened with the mega tester rally driver, he didn't feel the force (feedback)?
Upvote 0 Downvote

Leonardo Ratafiá said:
What happened with the mega tester rally driver, he didn't feel the force (feedback)?
Click to expand...

They had the wheel mounted to this table...crafty buggers!!!

Kranky Pantz said:
They had the wheel mounted to this table...crafty buggers!!!

Wheel, table?
I like the picture from the co driver recording interview that RD published showing the dev using a controller lol

@Kurupt CDN Not that I think the control method used during audio recording sessions is in any meaningful way relevant for the quality of FFB in the final game, but...you know that photo is from the Dirt Rally 1 sessions, right? That's Paul Coleman in the co-driver rig.
Upvote 0 Downvote

Why isn't there enough WRC8 coverage here? There was a big livestream a week ago, and team vvv has hands on the alpha, and it seems very promising so far. If they bothered about analog handbrake, there's a chance they bothered about other improvements. And stages are fantastically made.
Upvote 0 Downvote

You fail to mention that the new track is not brought to the game via the update, but is a DLC which people without season pass have to buy separately. Really lame move from CM.
Upvote 0 Downvote

jlnprssnr said:
You fail to mention that the new track is not brought to the game via the update, but is a DLC which people without season pass have to buy separately. Really lame move from CM.
Click to expand...

DLC that is not covered in the season pass?

@Koen Verlinde It is covered by the season pass. Read again what he wrote - "people without season pass".
Upvote 0 Downvote

@Martin Fiala Yep Monte Carlo is a blast. You can actually feel the ice patches having way less grip. Very well done actually. Really have to mind where you put your pedals down, and where to place the car on the road. Full snow feels more realistic than Dirty Rally too.

I have gotten used to the FFB, it's worse than DR1 but the physics are so much better. The tarmac not being as terrible as before helps enjoying Monte Carlo in a new way too.

"I was filming with a rally driver the other day and chatting about Sims that they use to train. They said dirt 2.0 is leagues ahead of 1 when it comes to accuracy in the feel of the car. They did also say that Sim training for rally is almost useless compared to track racing as it's hard to replicate a rally stage as it's changing so often.

Cool.....but these are the old stages of Dirt Rally 1 .....a bit polished and update.... good physics to the tarmac and ice sections
Upvote 0 Downvote

True. But I didn't drive Monte Carlo much at all in DR1, due to the crappy tarmac. So feels almost entirely new, I can't remember any of the corners etc..

My new favorite location in DR 2.0 to be honest
Upvote 0 Downvote
C

I did drive Monte Carlo quite a lot in the first game and liked it, but this is so much better.

But I guess if someone is bothered by paying the measly sum of 3.5 euro for this (and by doing so possibly even helping to get more locations for the game, not to say getting something that's great fun and much improved), then...just don't buy it? It's really simple, isn't it?
Upvote 0 Downvote

Any word on fixing the unnatural and exaggerated bumpiness on some tracks? Especially Argentina? Those tracks are unplayable for me.
Upvote 0 Downvote

Ryann said:
Any word on fixing the unnatural and exaggerated bumpiness on some tracks? Especially Argentina? Those tracks are unplayable for me.
Click to expand...

Have you tried to change suspension settings/ride height, to have more ground clearance? Part of it comes IMO from the static camera, that doesn't take into account natural neck movement, and how eyes follow the road. Like Real Head Motion plugin for sims would do. The camera makes Argentina a bit disorienting
Upvote 0 Downvote
You must log in or register to reply here.