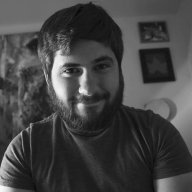 Heyas, having issues setting up my Dedicated Server with Enduracers + Simtek addon.

Long Version:
I rent a server from purepings and update/modify it via FileZilla. My normal means of modifying the Multiplayer.ini, Dedicated(mod).ini, and plr files is to run the rfactor dedicated server program, set it up how I want the dedicated server set up, then close it and upload the generated ini and plr files to my dedicated server. This method has previously worked just fine for CARTfactor and various dirt track mods I've run.

Unfortunately now I'm having issues with Enduracers. Basically only the first track in the rotation works, additional tracks throw the previous errors. For example, the first time it happened I had Donington GP as the first track in the rotation and Fuji 1993 as the second. Donington worked fine, but when we finished the weekend and the server rotated to Fuji, everyone got a "Track Geometry" mismatch, and a "Donington.tdf" mismatch. I thought maybe just that track was bad, so I switched the track rotation to have Phillip Island first and Mid-Ohio second. Same thing, Phillip Island worked fine, but when we switched to Mid-Ohio, we got "Track Geometry" and "phil.tdf" mismatches. I thought maybe previous mods had messed with some core files, so I reinstalled rfactor on the dedicated server and reinstalled the mods, same issue. I also verified that the tracks I had on the server were the same as the ones myself and my friends were connecting to.

Basically what I think is happening is the server switches tracks, but still looks for the first track file when checking for matches and doesn't find it from anybody, EVEN THOUGH the server itseld has switched tracks So what's going on? I've tried looking through the Multiplayer.ini and DedicatedEnduranceSeries.ini files to see if any configuration issues are to blame, but I can't find anything. Please help?
You must log in or register to reply here.
Share:
Facebook Twitter Reddit Pinterest Tumblr WhatsApp telegram Email Link
13 comments
WRC 9 | Update Deployed, Finland Stages Released
11 comments
An Englishman, A South African And Some Race Cars... Wild Times In Virtual Racing
49 comments
Community Question | Light or Dark?
2 comments
Ferrari Hublot Esport | Championship Finals Day
32 comments
Formula One Portuguese Grand Prix | Driver of the Day: Vote Now