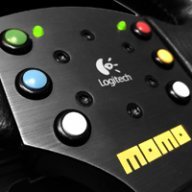 Being released back in 2001, Rally Trophy has suffered from a compatibility
issue with Windows releases since Vista, making it impossible to configure key
bindings and game controllers on these newer systems. The problem is simple:
Rally Trophy uses a controller settings dialog that is provided by DirectInput
(namely [`IDirectInput8::ConfigureDevices`][msdn]). However, this method was
deprecated with the release of Windows Vista and the dialog itself was removed
from Vista and any subsequent...
Click to expand...