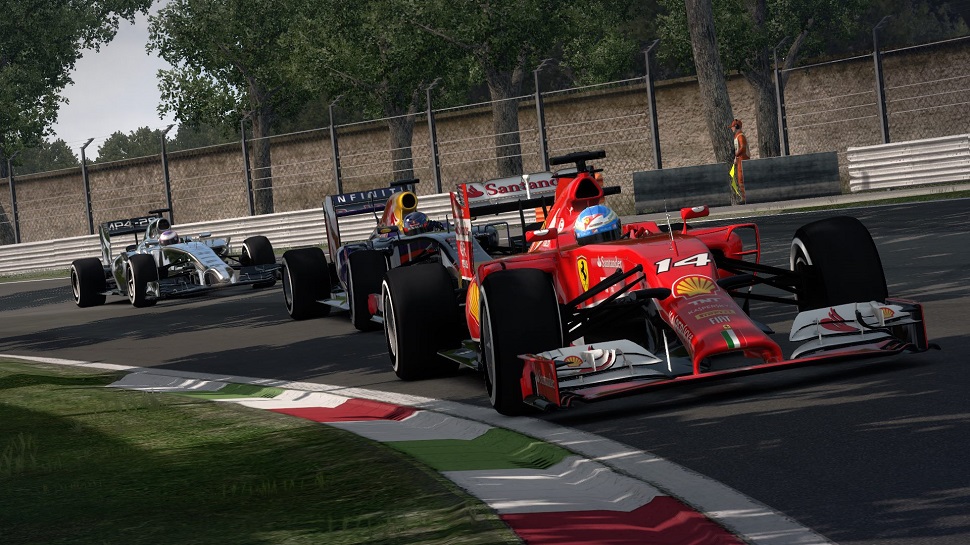 UK based racing developer Codemasters has been hit with staff layoffs, according to a recent Eurogamer report. It has been reported that 50 jobs are under review, with a 30 day consultation period set to occur with 30 or more of those jobs being cut. Globally around 500 people work for the Southam based developer.

It has been revealed by Eurogamer that designers and artists on the Grid and Dirt team are in the danger zone, with programmers and production staff safe.

The F1 team of the developer, currently working on the next Formula One game for the PS4 and Xbox One have been unaffected by the cuts, with development on that game and other current active projects continuing.

A new Dirt game which was to be announced for an Early Access-style release in February may not occur when planned. With the car licences required for the game yet to be obtained this release date seems unlikely.

Eurogamer reports that the team working on the next Dirt game has been downsized, with under 20 people on the project compared to the 50 or more that worked on Grid Autosport.

Senior management is yet to confirm how many from each department are remaining in the company, reportedly with many staff only finding out about the consultation in recent days.

“As a result of this review, a small number of roles have been proposed as being at risk of redundancy. Those in potentially affected roles are now involved in a consultation period to discuss the proposal. The proposal does not affect the on-going production of titles in development and no projects have been cancelled as a result of the proposal,” Eurogamer was told by a company spokesperson.
Sort by date Sort by votes

The F1 team is safe, which is for me the most important part. Seems strange that this is happening though.
Upvote 0 Downvote

Jarvis said:
The F1 team is safe, which is for me the most important part. Seems strange that this is happening though.
Click to expand...

Doesn't really comes as a surprise tho. As there last 2-3 games where abit mediocore

But a new Dirt game? YES Please! Dirt 2 was
fun back those days
Upvote 0 Downvote
R

After F1 2014, Codemasters better hit one out of the park with 2015 or bankruptcy will be next.
Upvote 0 Downvote

Kevin Hagendoorn said:
Doesn't really comes as a surprise tho. As there last 2-3 games where abit mediocore

But a new Dirt game? YES Please! Dirt 2 was
fun back those days
Click to expand...

They ruined Dirt at showdown, just like they ruined all of their franchises :-p.
Upvote 0 Downvote

Grid was amazing. Grid 2 was disappointing. Grid Autosport was simply late and refurbished.

Would love for Codemasters to get on the good path of Dirt 1-2 and Grid 1 again, but laying off artists and keeping the Dirt team at less than 20 people while keeping the F1 yearly cashgrab at full sounds pretty bad.
Upvote 0 Downvote

CM4 is where it was at
Upvote 0 Downvote
M

Dave Stephenson said:
CM4 is where it was at
Click to expand...

Personally V8 Supercars 3 on the PS2 was a favourite of mine, loved that game . SOO many different cars and tracks were available, especially considering when it was released back in around 2005 I believe it was
Upvote 0 Downvote

I guess a Dirt style game looking this good will be a success, but I seriously doubt that CM is able to get this quality now:

It's not only about graphics ...
Upvote 0 Downvote

Very sorry to hear that but unfortunately the writing has been on the wall for sometime now.After Dirt 3 all their games have been a massive drop off and they did not seem to understand that.No cockpit for grid 2 and then low poly blurred cockpits of grid autosport plus a gazillion of dlcs.Dirt Showdown and f1 racestars were cash grab by name abbreviations.And the big amount of money needed for the f1 license didnt do them any favors either.And that was only the top of the iceberg.I sense that if f1 2015 and dirt 4 dont sell codies will be up for closure.That will be a massive dissapointment for me because i have followed them ever since the original toca and cmr days.
Upvote 0 Downvote

Qazdar Karim said:
It's not only about graphics ...
Click to expand...

I agree. I always thought CodeMasters got an almost perfect balance between sim and arcade in Dirt2 and Grid 1.

I don't own a PS4 and haven't played DriveClub, but after seeing a lot of gameplay videos it looks to me like a racing game along those lines, maybe a bit more arcade-y, but definitely more close to CodeMasters titles than other games like Forza, Gran Turismo or NFS.

I'm not just noting the pure visuals like lighting, car details/shaders, etc but the overall sense of immersion and speed (how the camera shakes with movement/speed, how motion blur, adaptive exposure are used "gameplay wise", ...) and the open possibilities of having a day/night cycle and a good weather system that affects the gameplay both on visuals and handling. I think specially the effects links with the best that the Dirt series has offered in the "feeling" department.

There on there way out nothing wrong with grapihics , its the realism in the handling we need they should play assetto corsa or rre to get an idea
Upvote 0 Downvote

Graphics were quite good in GRID Autosport, considering it was made on old-gen consoles. On F1 2014 I'm suprised they didn't use the graphics from Grid AS, but they were also decent for an old-gen game

If they at least made two options for their game: Arcade, and Simulation, to choose from. I think this was introduced in F1 2006, or F1 Champ Edition, a game with 2 handling models, one being for the casual gamer, and the other one for real sim-racing fans.
The glitches such as autospin curbs and the sidepod glitch, aswell as the new online glitch when the opponent is far away (such as UK-Australia) that his car is actually controlled by AI, speaking of online the lag gets worse and worse every year.. But I won't go through them all I don't want to flood the thread
Upvote 0 Downvote

Dirt2 handling, physics and FFB were pretty great using a wheel with all the drive-aids turned off. It's no RBR, that's for sure, but I don't think the rFactor or RBR simulation level is ever going to be the focus for CM franchises like Dirt or Grid.

I think the success of the first titles in the Grid and Dirt series were mostly based on a well balanced arcade/simulation handling and immersion/speed sense and yes, top notch visuals and effects. Back in the years these games were released they were at the top of what was available on any platform.
Upvote 0 Downvote

The AI in the grid games were ridiculous.
Upvote 0 Downvote
You must log in or register to reply here.

Studio 397 may have been aquired by Motorsport Games
2