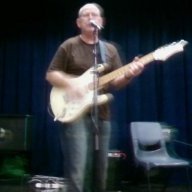 Does ANYBODY......Anybody at all have any news regarding the realise or otherwise of the F1 2019 codemasters game???? PLEase....Anything.....

It's still too early to know.
T

The game is coming though. During the pre-season testing aired by Sky Sports David Croft mentioned about the team principals getting their scans done for the game as well as mentioning recording new lines for commentary.

Just wait until official confirmation. Codemasters operate on hype based sales. As in they will showcase the game a few months before release pumping it up so people buy it and then dump support as usual after release.

Thank you....Hopefully with VR...But not holding my breath for that....

In general when Codemasters publish videos it's around may/june.
H

We've never had any significant news for any year by this time, so why the rush now? 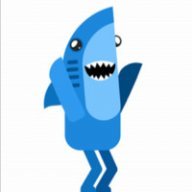 This game have many gameplay mods(not just skins). You try it?

U can only wait, it remains only 5 months.
T

Actually just today its been confirmed with a release date of June 28th. Including a trailer video on their twitter.

Thanks for the new! How is it that the game will come out sooner?
T

They've apparently been working on it for two years. So my guess is the new features or changes in career mode and changes to the UI and design were all being done so all they need to is add the new models to the game. In theory they can make physics changes and keep the 2018 models for testing and then switch to the 2019 cars once they had the data.

The other thing is I think people are jumping to conclusions about F2 in this game. No where in the press release does it say this. All it says is they are giving a car model for use in online based on 2019 regulations that had input from Ross Brawn and Pat Simmons, which can have a custom skin and be used in multiplayer. No idea where people are pulling this F2 stuff from and they should prepare to be disappointed.

Its strange there is no way to contact Liberty Media/Formula 1 for game suggestions but my dream scenario would be that they use a base game engine that they sell to us for a price (one off £30/£40) and then we can buy a classic season or the latest season for £20/$20/€20. I'm sure they would make a huge sum of money doing this, some people would buy their favorite seasons others would be buying many more. Anyway thats my ideal but will never happen!

Yeap, that's what i heard, they've been working since 2 years. I understand now why will come out sooner.