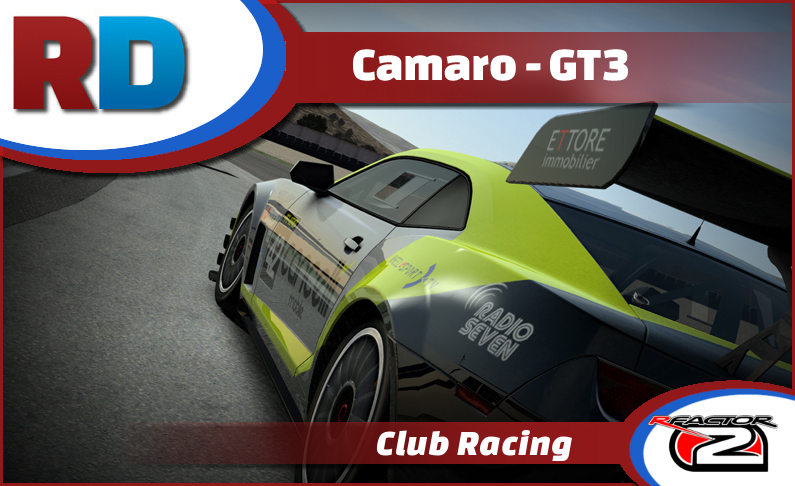 Note: Please sign out well in time (at least 1 hour before the practise session begins) if you're unable to make the race. Thanks!
Last edited: Sep 5, 2014

Please sign me up. My base setup was done at Nazareth so the "Big One" should be ok.
Def skinning one now. I can hear them now.....
"Well Bob that Mellow yellow car is in the draft and moving up the train"
"thats for sure Jimmy Joe, he really came to race"
45 mins of turning left, I better get up slowly afterwards

Don't forget to practice some pitstops. It might come in handy.

Sign me up please.
Is pit entry before turn 3 or after turn 4?

Josh Hoare said:
Sign me up please.
Is pit entry before turn 3 or after turn 4?
Click to expand...

I'm pretty sure it's off turn 4

Josh Hoare said:
Sign me up please.
Is pit entry before turn 3 or after turn 4?
Click to expand...

Pit entry during race is BEFORE turn 3. You'll carry way too much speed to enter the pit safely after Turn 4.

I turned off full course yellow for this one. But during Safety-car procedures. You have to enter the pit after T4. If you don't you screw up the formation order, and you could get a S/G.
P

count me in too

huh, it wasn't my style

Since i'm new to ovals and have few races in this category i didn't expect much. Just have some fun and try to finish in one piece. The two objectives were achieved.

The race started pretty good and kept close to other cars which resulted in nice battles. Trying to push didn't do good to the tires and things were looking bad. I got to second and started to adapt the strategy. When i saw other cars pit i did the same and kept second place. Was happy until i saw a S/G penalty for speeding in the pits.

Tp make things worse when i exited the pits after the penalty i went to the wrong track and spun while trying to get back to the right one.

After that it was just cruising until the end.
Thanks to all.

I really didn't know what to expect from this race. To be fast, needs a tail happy setup with as low downforce as possible. This makes the car hard to drive, and you'll need 45min of full concentration. Because a minor concentration loss could end in a major spin.

Quali was very lucky!! I got a very good slipstream from @Imre Bende ! Thanx mate.

I enjoyed watching the replay.

An unusual start for me... I joined the server dead tired after not sleeping at all last night. Figured I could do this though, I felt okay when I got here. But I got more and more tired as we got closer to the race, and I considered dropping out. But the next thing I knew, I'd fallen asleep slumped in my chair, and when I woke up, I had 35 seconds to join the grid for the race. So, click race, escape out because I forgot fuel, add fuel, click race, and just live with starting from last. I felt completely refreshed here though, so being tired was no longer an issue.

I think I raced with my rear wing at 5°. That works out as being about 75% of the car's downforce being on the front wheels. And still a small understeer was a limiting factor while heavy on fuel. I had to ease off in the turns a lot to save the front right tire, and still had to pit for a new set of fronts! Oh well, no matter. Everyone else seemed to need to do the same.

From there on, a long race started with @Patrik Bachrati for second place. We were close the whole way, swapping places often. He was quicker on fresh tires, then I was quicker on older tires, then we pitted and did it all again. The competition was fierce, I think we were 2 wide for an entire lap at one point. We were even 2 wide when avoiding a car spinning out ahead. It was insane! Awesome driving there, Patrik

Thanks @Gijs van Elderen for this race. It was great fun. I thought it seemed an odd combination to choose at first, but it worked great. This car was great here! Plenty of difficult problems to work around, a great challenge.

A lot more happened than I expected as in practice I was lapping with the car flat all lap so what could happen?ijs gave me a setup that was .8 sec faster than mine but I could drive it. So I compared and took some bits and mine was as almost as fast but safer (ish).
I was P6 in quali. Josh somehow could get .5 sec from somewhere?
I was in a close fight with Martin and Imre in the opening laps as they swapped a few sponsor decals if not paint as they marked out their turf.
As a little tyre wear kicked in it got very interesting, it seems there is some technique involved in oval racing.
I avoided Martin as he had a major (looked like tyre destroying) sideways moment or three and figured Ah ha my cunning no stop plan is materialising (looks left to Muttly), while still enjoying the warm glow of schadenfreud I had a big lose and crash. Limped to pits for 278 sec repair.
I spent the time riding onboard with the other drivers and watching some battles.
On rejoin I was 4 laps down on my nearest competitor but then Gijs had a stop and got me within 1 lap, then Martin too and I got past, then Imre also. So I was back in P6 again.

It was fun.
Now Josh how did you do that?

Not one of my better races but fun all the same, I also had a 278 second stop near the end of the race so quit as I would've still been in the pits when the winners crossed the line.
J

I was able to run 2 on the rear wing after playing around with the ride heights. Was also running softer springs on the outside to get it to turn. Minimum camber on the left hand side and around 2 degrees on the right hand side.
I think the low wing was where most of the time came from.

Driving flat out only really worked for a few laps on light fuel though. After that, the FR would be lost to overheating. It seems lower rear wing was the way to go to help with this, to help get around that issue. Oh well, fun race and a learning experience