New Build Up later tonight -- release notes for 298 (FPS improvements in too, but not mentioned in notes):

GRAPHICS:
————————
Made some improvements to reflection mapping.

BUG FIXES / OPTIMIZATIONS:
————————
Fixed bug where uninstalled components were polluting inventory during loading.
Fixed memory leak.
Fixed some ttool problems when writing out TGM files.
Fixed random message box spam during recon lap.
Removed FlushPreviousFrame option from plr file to eliminate confusion, this param was moved to config.ini a year ago.
Added fail-safe to make sure pit exit eventually turns green in race.
Prevent pit exit from getting stuck at red during an early safety car.
Fixed client confusion when restarting weekend after another client has left a race.
Fixed a bug with incorrect use of bloom in showroom.
Fixed a problem with track bar geometry introduced a while back (doesn’t affect any current ISI content).

MULTIPLAYER:
————————
Now uses a single port for simulation data. +port is the command line option. Simulation port in multiplayer.ini.
Can now run server and client on the same machine.
Sort by date Sort by votes

I noticed framerate improvement of about 7-8% from previous version in Mills Metropark. Other people have gained up to 30% improvement in framerate depending on track.

Autoupdate worked for me but some other people had issues with it-> http://isiforums.net/f/showthread.php/14938-rFactor-2-Build-298-Released/page2
Last edited: Sep 6, 2013
Upvote 0 Downvote

Premium
best is to do a reinstall after removing the old version completely (besides the package folder).
Upvote 0 Downvote

I agree with Stefan to -re-install everything. I Personally deleted everything, and re-activated to get it to work. I have been reading that a lot of people have troubles because of mods that are installed, so if it doesn't start you can try to remove the packages folder also to see if it than works, and than re-install the mods again.
Upvote 0 Downvote

Just did the auto-update and everything went smooth.
Around 10% gain in FPS. Noticed small diference in graphics saturation.

There are problems with sears point track (some reported Lola´s mod aswell). Something to do with description having more than 3000 characters.
Upvote 0 Downvote

Premium
I lost around 7~9 fps with this new build. Probably because I don't run on a nvidea card....
Upvote 0 Downvote

Stefan, I am on ATI too and I noticed nice FPS improvements but after deleting all the stuff in the ...Userdata/Log/CBash/ ............ folder
Upvote 0 Downvote

Yep, i read that people lost FPS but when they delete everything in that folder it improved a lot.
Nvidia here...
Upvote 0 Downvote

Miroslav Davidovic said:
Stefan, I am on ATI too and I noticed nice FPS improvements but after deleting all the stuff in the ...Userdata/Log/CBash/ ............ folder
Click to expand...

I will try this later Miroslav. I copied the userdata folder, so probably it will be full...
Upvote 0 Downvote

With fresh install a quick test on Mills, i had +20% fps.
Upvote 0 Downvote

Premium
Bulid 300 is out..
Seems they have noticed they had a few problems with 298 and quickly brought out some fixes ..
Upvote 0 Downvote

Yup - I upgraded from 240 to 300 using the updater function. Worked flawlessly for me. 25-30% increase in FPS too. No issues so far.
Upvote 0 Downvote 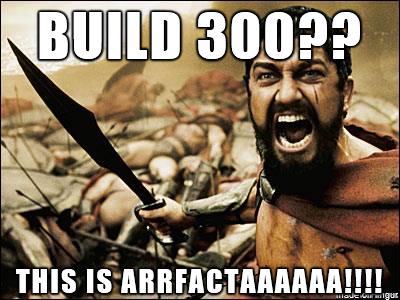 Ehehehe,I nearly died as I have seen this.
Upvote 0 Downvote

Staff
Premium
Build 300 available: http://www.racedepartment.com/2013/09/rfactor-2-new-build-with-lots-of-improvements/
Upvote 0 Downvote
You must log in or register to reply here.