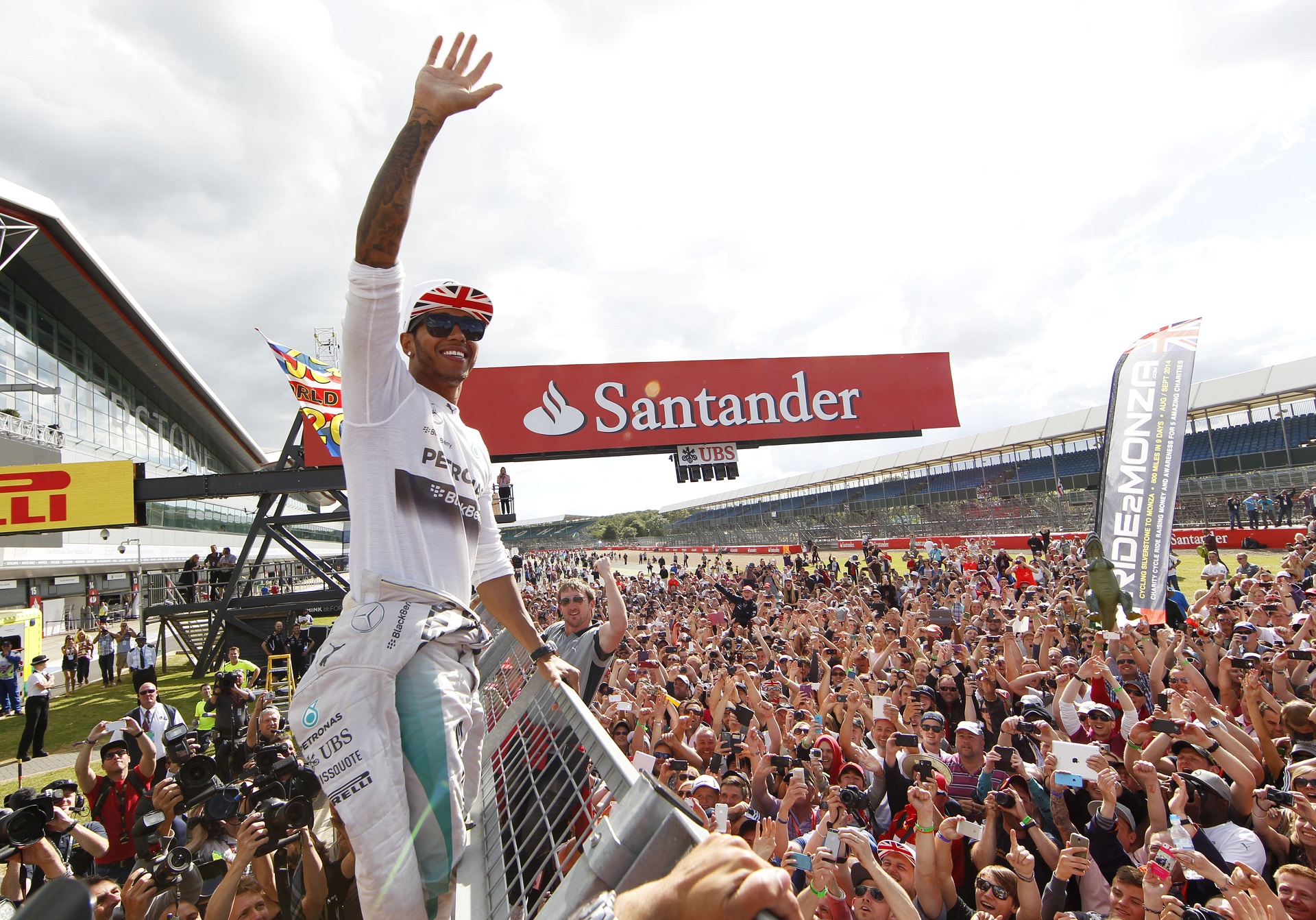 Britain's own Lewis Hamilton (Mercedes) capitalised on a Nico Rosberg DNF to win his home GP in Silverstone and move 25 points closer to his German team-mate in the Drivers' Championship.

Last Sunday had it all, with a lot of action taking place behind the ever-faster Mercedes driven by Hamilton. Incredible performances by both Valtteri Bottas (Williams) and Daniel Ricciardo (Red Bull) saw them earn well-deserved podium finishes, while Fernando Alonso (Ferrari) and Sebastian Vettel (Red Bull) fought an epic battle through the fast corners of the Silverstone track, specially round Copse, with a couple of outrageous overtaking moves.

Jenson Button (McLaren) surely made Mr. John Button and the huge number of #PinkForPapa supporters proud with a 4th place finish, bearing in mind the lack of pace from his car and the small gap to the man in front going through the checkered flag (0.9 seconds). The race was also affected by a big crash in the opening lap, which led Kimi Räikkönen (Ferrari) and Felipe Massa (Williams) to early retirements. Fortunately, no driver was hurt in the accident.

The incident between Räikkönen and Massa (celebrating his 200th GP start in F1) red flagged the race for almost an hour, while the stewards repaired a damaged steel rail, and ended up with the Finn paying a visit to the medical centre. Fortunately for him, Felipe Massa, Kamui Kobayashi (Caterham) and Max Chilton (Marussia) - the latter barely avoiding a flying tyre -, none of the drivers involved gave further cause to concern. 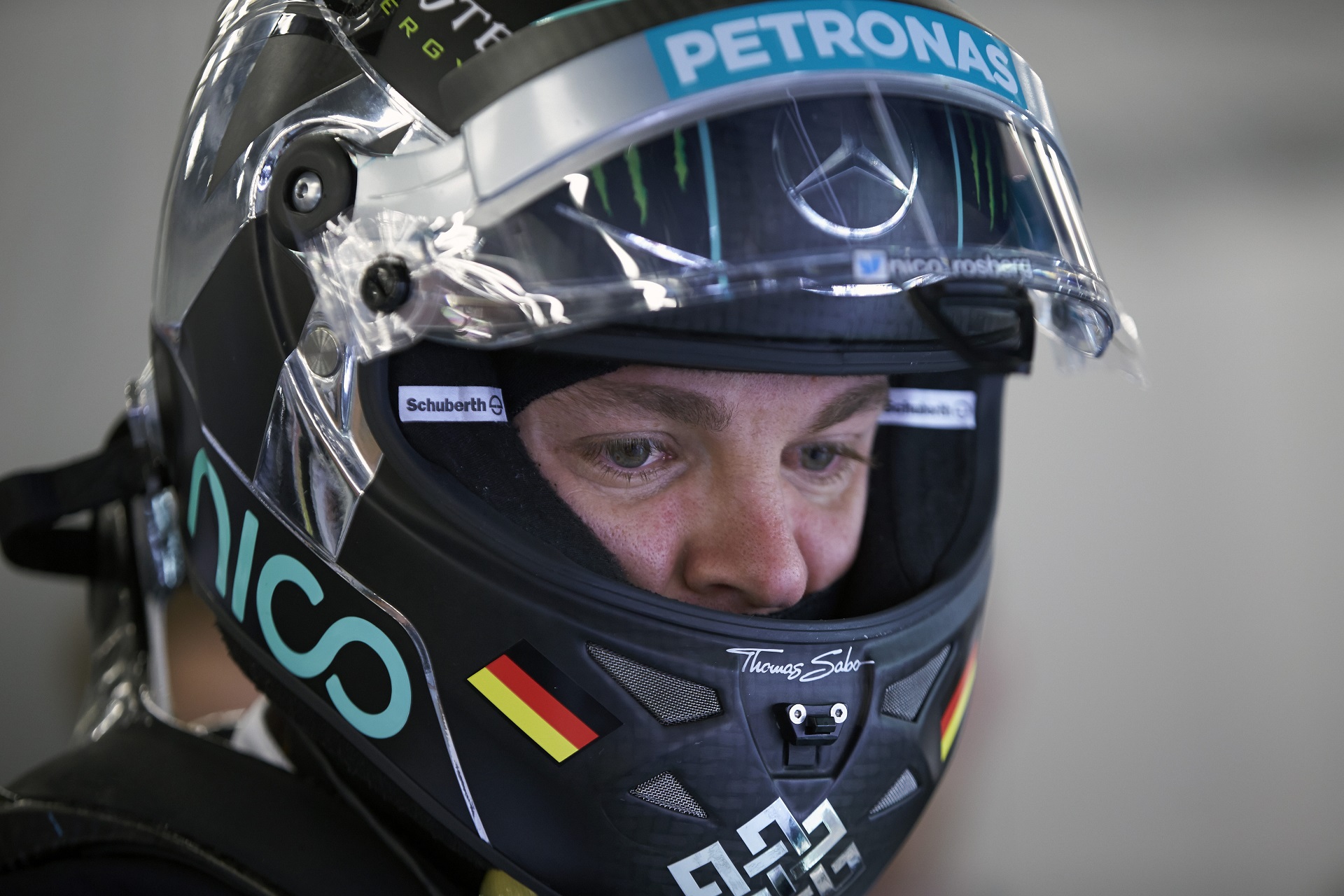 Pole-man Nico Rosberg was leading the race and Hamilton was closing in on the German when a gearbox problem marred what had been a good performance by Rosberg so far and ended the chance of an epic battle between the two Mercedes. Hamilton overtook the struggling Rosberg with ease on lap 28 to never let go of the lead until the end.

Valtteri Bottas, who started from 14th on the grid, reached the second step of the podium with a solid performance and some good overtaking moves in the early stages of the race. Fernando Alonso was also a big mover, gaining 10 places to finish 6th behind Seb Vettel.

Adding to Rosberg, Räikkönen and Massa, two other drivers saw early retirements with damage to their cars sustained in the first 11 laps, namely Esteban Gutierrez (Sauber) and Marcus Ericsson (Caterham). Pastor Maldonado (Lotus) was also troubled by an exhaust issue within 3 laps of the end.

The British GP confirmed a Mercedes dominance which is expected to last until the end of the season, while Dan Ricciardo kept on being one of the names to follow in the coming races. Valtteri Bottas obtained his best GP result and one can wonder what Felipe Massa could have done if an early misfortune wouldn't have ended his chances, in an increasingly faster Williams.

Rosberg now leads Hamilton by 4 points in the Drivers' Championship, with a total of 165. Ricciardo is still the 'best of the rest' with 98 points, in front of Alonso (87) and Bottas (73). The next race will take place in the weekend of 18-20 July, in Hockenheim, Germany.