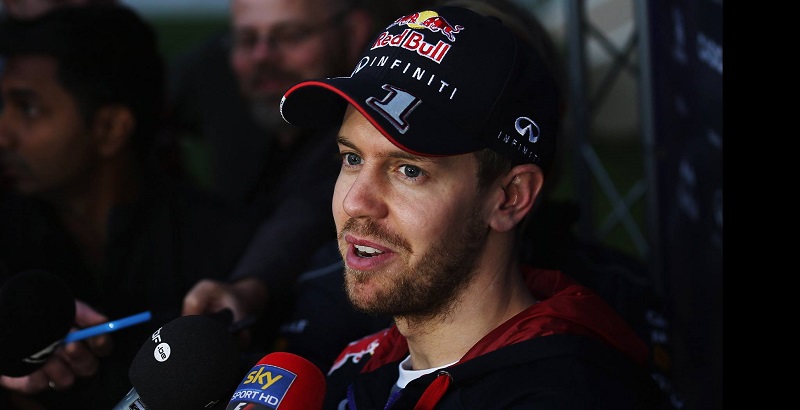 After yesterday posting the breaking news on Alonso, the F1 driver market has this morning been rocked by the sudden announcement earlier that Sebastien Vettel will leave Red Bull at the end of this season, likely moving to Ferrari for next year. Red Bull immediately announced impressive rookie Daniil Kvyat will replace him at Red Bull next year.

With all the rumours surrounding Alonso leaving Ferrari it now seems they have the perfect replacement for Vettel. who has grown frustrated by his form this year as he has struggled so far to get the best from his Red Bull RB10.

Vettel has a year left to run on his contract but activated his break clause, leaving him free to likely replace Alonso at Ferrari. A statement from Red Bull announced "Sebastian Vettel has advised us that he will be leaving Red Bull at the end of the 2014 season. We want to warmly thank Sebastian for the incredible role he has played at Red Bull for the last six years."

Vettel only announced his intentions to leave to the Red Bull team on Friday night at this weekend's Japanese Grand Prix, with Christian Horner giving his thoughts on the matter "I obviously know him very well, we spend a lot of time together and you can see that he has had a bit on his mind recently, Inevitably a decision like this you don't take lightly but it was last night he sat down with us and informed us. So all I can do is wish him the very, very best for the future. He will still be close to our hearts at Red Bull, but on January 1 he will be a competitor."

Horner later went on to pretty much confirm that Vettel will join Ferrari next year and claimed to understand Vettel's motivation for a move after spending the majority of his F1 career with Red Bull.

The promotion of the very impressive rookie Daniil Kvyat to the Red Bull team for next year was simultaneously announced with the Vettel statement, with this latest news leaving a space open at the junior Scuderia Toro Rosso team. This seat has a few candidates but it seems likely after his snub earlier this season Carlos Sainz Jr will partner Max Verstappen next year at Scuderia Toro Rosso.

After this shocking development in the F1 driver market, what are your thoughts on this move or the potential for other moves for next year?

It's official
Soo... Where to now? The (unfortunately) obvious answer - Ferrari...
And Kvyat's going to replace him at Red Bull. After just one season? That would've been a good place for Vergne, but...

Yep. It's been confirmed. He's going to Ferrari, according to Christian Horner.
Presumably, Alonso will go to McLaren now.
S

Kyvat moving up is ridiculous, they even had to give Vettel 1 and a half seasons before moving him up, and he'd performed much better than Kvyat has. Either Vergne should have got the seat, or Renault could have elbowed Grosjean in there.

I think it was time for everyone that Vettel moved on, good move all round and he gets a nice company car now.

I also think Kyvat is the right move, in his first season he has out qualified JEV and I would say out raced him. Also we don't have access to all the data so he must have impressed someone at Red Bull.

Its good to see Red Bull actually promoting drivers, they could have tried to get a star driver but are sticking with their philosophy.

maybe the fast moving up the ladder Max Verstappen ,,can make the fastest promotion from torro rosso to teammate of Ricardo at red bull

Don't think that Ferrari becomes any stronger with Alonso leaving and being replaced by Vettel.

On the other hand this is the opportunity for Vettel to show his criticizers what he is made of.

Even I am 90% sure Alonso is leaving Ferrari for Mclaren, what if he ends up staying at Ferrari and Mclaren retain their drivers, where does that leave Seb

Darren Bentley said:
where does that leave Seb
Click to expand...

Darren Bentley said:
Even I am 90% sure Alonso is leaving Ferrari for Mclaren, what if he ends up staying at Ferrari and Mclaren retain their drivers, where does that leave Seb
Click to expand...

they are just polite ,giving Seb the chance to break up his old relation with RB
before Alonso's departure is anounced

just because it looks better,,and its a kind of honor thingy too

Wouldnt be surprised to see Brawn back to business too

I would like to see Adrian Newey moving to Ferrari too.
J

Yeah this has blown the F1 driver market in pieces as it now seems Vettel will join Ferrari, Alonso will join McLaren and Sainz Jr will join Scuderia Toro Rosso. Where does this leave the likes of Button,Magnussen and Vergne for next year?

don't jump the gun, maybe Vettel is going to Mclaren, doubt it but i still hope for the sakes of dumb Ferrari.

Jordan Wilkins said:
Where does this leave the likes of Button,Magnussen and Vergne for next year?
Click to expand...

As Button is mister stamina-man it would be great to see him moving to the FIA World Endurance Championship. I am sure Porsche can free up a seat and let him team up with Mark Webber next year. #dreaming

Darren Bentley said:
Even I am 90% sure Alonso is leaving Ferrari for Mclaren, what if he ends up staying at Ferrari and Mclaren retain their drivers, where does that leave Seb
Click to expand...

Well... it could be an evil plan of Alonso to have Vettel in his team and finally settle who is who.

Although I'd say Ricciardo has already settled a lot of that.

It's the best for all now! Alonso is not anymore the best for Ferrari and Vettel has not more respect and love of Red Bull! Red Bull is a team for young drivers and Seb did the best, i think Kvyat is a very good driver! And Vettel is good for Ferrari now with Kimi (best Friends)! A QUESTION TO ALL: Is Jean-Eric Vergne set for 2015 or another young driver?
K

Wow, didn't expect that. So if Vettel goes to Ferrari, which is probably more likely than McLaren, this means Alonso will go to McLaren/take a sabbatical/return to Lotus with Briatoreroflmao? Really excited about this

Apparently Eddie Jordan said he thinks Hülkenberg will leave FI to drive for Porsche in the WEC, leaving an empty seat for JEV.

He sort of had to.
as @Bram Hengeveld said he needed to silence his critics and create his heritage by showing he is "a great" versus good but lucky by performing in a car that isn't dominant.
However he has sort of had that opportunity in 2014.

The other side forcing his move is that commercially his value has been depreciating like a Lada Riva without rustproofing every race. I like XL and I reckon a spreadsheet would be showing a drop in salary of about 400,000 per race this season in his market value. Another season of being spanked by Dan "The Man" Ricciardo and he is no longer commercially a top tier driver.

Alonso has his wish " put him in an ordinary car and lets see how he does", dont know if he knew it was to be his car though.

I have to salute Red Bull for sticking to their guns and promoting from within. Its debateable who it should have been but at least it was one of theirs.

The other side of the coin is that I am sad that Ferrari who could have taken a Grosjean or a Hulkenberg have again (no direspect to Kimi) paid top money for a world champion. Its almost as if they feel that if the pay enough money the driver must be the best.

Last thing is I thing that Carlos Sainz Jnr will take the other Toro Rosso seat.

Anyway its all very interesting.
You must log in or register to reply here.