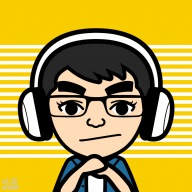 There are so many items related to Race 07 now in my Steam, so are those DLC/addon/extensions to Race 07? Which one(s) should I install?

apart from Race07 and its expansions, the bundle contains a fair bit of other SimBin titles: GTR, GTR2, GT Legends, Race The Game (Race07's predecessor) and its addon, the Caterham Pack.
To only get everything Race07, just skip all of those above and install what remains (Retro Pack, GT Power Pack, GTR Evolution, WTCC2010 and so on...). You can then just start the main Race07 one as it will automatically detect all addons installed.
Reactions: St3fan 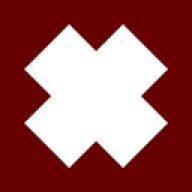 What i did to organize that mess:
(Although i didn't buy the Simbin bundle)

Open up the store page of Race07 and check the available DLCs.
So you know exactly what's Race07 content.
Like Björn said, in Race07 it will show you all the installed DLCs without
any further action to be taken.
Reactions: St3fan 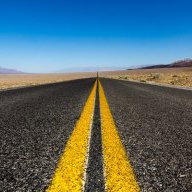 Or just install race injection. It is race 07 plus all dlcs

I've also found a post on Steam community in which a guy kindly explained all the packs and expansions. I quote him here:

Race 07 is the base game. Nothing will work if you don't have that installed. Race On and GTR Evolution WILL NOT WORK if you
don't have Race 07 installed.

Race On and GTR Evolution are honestly, the real expansion packs.
Race On adds 7 classes. 4 are production, and 3 cover other things. Race On also adds famous American tracks, and the 2008 WTCC Tracks. One of which you can't find in any other pack or GTR Evolution.

Now, if you decide to run Race On instead of Race 07 on Steam,
You will get a different user interface. The same goes for GTR Evolution. So, If you like a certain interface, run the game
from the game of your choice.

While running the game from Race On or GTR Evolution gives you a different user interface, screenshots and playtime still go to Race 07.

WTCC10 adds four newer WTCC cars (and some new). And the 2010 WTCC tracks. With a new track added.

GT Power Pack only adds 3 tracks and 3 cars. However, you cannot
find any variations of the cars and tracks found here in any other pack or expansions.

The Retro Expansion is rather poorly named as it's NOT a real
expansion in the normal sense. It's just DLC that adds 2 retro
car classes and a hillclimb track. You cannot find any variation
of the stuff you find here in any other pack or expansion.

Race Injection is the biggest offender as far as misleading product details go. It's just Race 07 with every pack BUT
STCC, Race On, and GTR Evolution. There is no bug fixes, no
new content, no well nothing. If they were to make a "last hurrah", you'd think they would add everything!

Race On is an Expansion Pack, Race 07 is the actual game.
Running Race 07 from steam changes the user interface. If you run the game from
Race 07, if you installed Race On, you get Race On's content, but you get Race 07's
user interface.
GTR Evolution adds completely different things than GT Power Pack.
GTR Evoultion also adds a new interface if you choose to run it in steam instead of Race 07
STCC2 adds a couple new cars and newer version of STCC's cars.
STCC and STCC2 both have the same tracks but both have one track exclusive to each pack.
Retro Expansion is not a real expansion, it's DLC.
Race Injection does not add anything new, and anything you find in Race Injection
you can get in Race 07, but you'll have to pay a bit more. Since you already bought
Race On and Race 07, it's cheaper to just buy the rest of the DLC instead of Race Injection.
Click to expand...

Here's a handy list of SimBin games. I found it helpful in setting up G27 profiles (eg, all the Race 07 addons only need one profile based on Race 07).
BTW some of these older grames are teriffic! Why did I spend so many years playing Gran Turismo?
Reactions: Chronus and asteroulis

mod-edit: please use the sector3 forums to advertise