Hello,
My name is Howard and I am about to embark on Iracing and would love to get some coaching on the best way to get started. I used to race SCCA E Production a long time ago and visited the NASCAR hall of fame in NC and drove one of their simulators. After a ton of research on the subject and realizing how amazing sim racing has become I am ready to get started but a little overwhelmed by all the options. One option I have looked at is buying the Simseat package which includes everything but comes in at $3500 or so for a three screen version. I know I will be hooked on iracing but don't know if spending this amout upfront is the way to go. Would love get some input from other folks.

I've no experience of the hardware you're interested in, but I'd urge caution to anyone looking to spend $3500 before actually embarking on a hobby.
On the oval side in iRacing you can be competitive with cheaper hardware (Logitech Driving Force GT set, as an example), so my advice would be to get in the iRacing environment first, then look thru the wealth of info in its hardware forum and see what is working there for folk at the hardware level you want to go to.

Thanks for the feedback and probably a good idea to learn to walk before running a marathon.
Good advice. 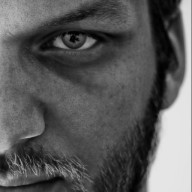 a lot of fast guys still race at their desk with single screen setup. so.. start slow.. then build as you advance. you can spend all the money you have easily on the equipment, and still there will be tons of cool unnecessary things to buy to "improve" simracing immersion

Give up with Iracing, move to Game Stock Car

But seriously, my advice would be to stay away from offline races, learn the cars and tracks and build your confidence. Don't be afraid to ask for driving ips on the forums too, most people here would be happy to help 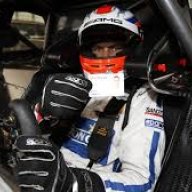 Welcome aboard Howard got to agree with gazdapavo start off getting the basics and work on up
My son and I have been sim racing for about 7 years and we are still enjoying it from the old days of our Logitech Pro steering wheel a computer desk and a swivel chair ha ha how times change..
Enjoy

yep, easy does it. way more important to figure how iRacing works, i.e. as an online service rather than a game. Make yourself aquainted with how the Safety Rating (SR) and iRating system works to understand how to progress within the system, check out which official iRacing series need which tracks and which cars you can run at which SR level. (You start as Rookie and then move up from D to A. iRating is I think not shown before you enter safety-level D, so don't worry if it does not show up.)
Also important: There is information about your opponents strength and safety rating ON the cars ingame: Somewhere on the back each car is color coded according to the safety-level reached by the player controlling it: Rookie red, D orange, C yellow, B green, A blue. In a race, cars are numbered according to the players' strength in the iRating system: Highest ranked player on the grid gets the #01, second best the #02 a.s.o. This is regardless of the default number you can assign in the "paint your car" screen and gives you a good overview of how you stand compared to the others, e.g. in race you get assigned #05 and come up on a player who is ahead but sports the number #19. This chap is probably easier to overtake than the chap with the #02, however, being not rated so high, his gameplay might also be a bit less predictable, you never know ...
Best scroll through the iRacing threads here at Race Department, we have had many "what do i do at the beginning?" threads, everything you need to know will be in there.
Oh, and I am one of the slower chaps (iRating ~1,200) and after years and years of playing still use a g27, one screen and an office chair.
You must log in or register to reply here.
Share:
Facebook Twitter Reddit Pinterest Tumblr WhatsApp telegram Email Link
17 comments
DiRT Rally 2.0 | You Guessed It... Another Final Update Deployed
3 comments
Assetto Corsa Competizione | New Hotfix Update Now Available
112 comments
Button Boxes | Useful Or An Unnecessary Indulgence?