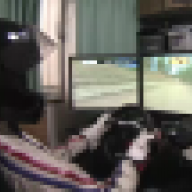 I'm new to BTB. Now I'm trying to make some real Touge track.
(I'm living in Japan)
BTB is excellent to that purpose.

One problem.
Terrain building is hard and is most part of track making.
In contrast, road can be built easily by Google Earth and 3D Route Builder.

I've checked a trick by zaxxon whose Pikes Peak Climb builder.
(http://zaxxon.host22.com/2_1_Summary.html)
That method is really cool but that is not acceptable to BTB v0.7.
Because BTB v0.7 saves data as binary(venue.bin) instead of text (venue.xml).

Is there other method to build real Terrain from script or any automate process?
Or, will BTB has a function that saves data as text(like BTB v0.6) in the future?

I apologize my broken English. =)