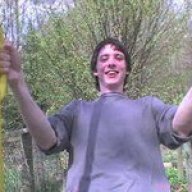 Audio application
mainly designed for oculus rift user but usefull for all want GUI less
​
What is that app ?
...
Click to expand... 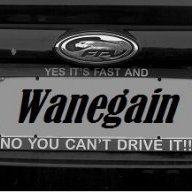 yes i can if i can pick up this value from API i will add like ABS and TC announce after delta time
I will do a check
TODO listed
Last edited: Jan 22, 2015
Reactions: Wanegain

Audio application
mainly designed for oculus rift user but usefull for all want GUI less​
What is that app ?
It is an application that replace main information that usually show in GUI for announce it by audio
Because i'm an oculus rift user and wan't more info in waiting of GUI support by kunos in the rift

What this app announce ?
-Position in a session
-Time of lap
-Fuel:
-Announce remain fuel by button (like radio call)
-announce when it's 2 and 1 lap...
Click to expand... 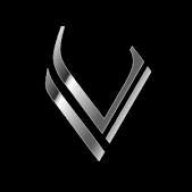 I do not have oculus rift. I use this?

you can use it's work with all

You can see how it works?
F

Not sure to understand you're question.

The apps is simply working all the time also if gui was hidden and that permit to play sound in rift because acupdate function was called everytime without need of GUI.
i exploit that trick for replace GUI by audio hope is the point of you're question 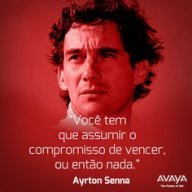 I just wanted to ask you if you can make in German then I saw German Language pack that you have added But this work without lag? Many Mods have lag, that's why I ask first before installing. Thank you!!

I have high end Computer and didn't see lag.
For moment no user report to me they have lag using it.
I think you can test it.
if you have any lag don't hesitate to tell to me and in wich case the lag appear and i will take a look if i can do some optimisations
Reactions: simi87

Where should I have to copy this?

Ohh sorry this was only for Asseto Corsa or what?
C

Hi, I have downloaded the app but how do I get it to work? There is no readme file or instructions.

I have g27, how can i put the button to get information on race?

simi87 said:
Ohh sorry this was only for Asseto Corsa or what?
Click to expand...

Yes it is you are on assetto corsa apps download section


Clive Morrison said:
Hi, I have downloaded the app but how do I get it to work? There is no readme file or instructions.
Thanks
Click to expand...

from description said:
decompress into SteamApps\common\assettocorsa\apps\python\
and don't forget to enable it on configuration panel
Click to expand...


knn2 said:
I have g27, how can i put the button to get information on race?
Click to expand...

I have post a small manual .
Be sure apps is running by having check it on main menu configuration
open apps in game you have a GUI configuration.
press on of define button (like defin button fuel for defining fuel radio call)
and press the button you want.
With G27 becarefull remove any gear else you gonna bind fuel radio call to youre gear

I tested the app for one week now ... private practice, race with AI and all sessions online.
I really must say this is very well done and useful ... even without Oculus Rift.

The advantage is real as some other displayed apps may be unactivated and screen less charged with many app displays.
Driving in cockpit view with one single 24" monitor .... doesn't allow enough free space on screen for too many apps: this sound system allowed me to get rid of 'Tyre Temperature', 'Ferito Blueflag', 'Spotter'. ....

Maybe one thing: the lap times announces are so slowly said ( like a speaking clock with the voice of a french air hostess )... that I didn't choose to apply them.

I just noticed something that happened twice: after a long race or practice-qualify and +- 30 minutes race, leaving the event caused after a few seconds a acs.exe crash.
First one private race, second one online for an Open Race at our league.

Should you have an idea of what may cause these crashes ?
This is the only reason that might make me hesitate to decide to use it definitively.

Thanks for your work and in advance for your answer.

Like this a lot , great work , but this will be missed by Rift users because you should have named the app header ( Audio designed for RIFT ) --- I just found this by mistake and so great-full I did --- I found the best way to hear it best is to lower most of the audio down to zero in AC game menus and tweek the app volume in game - people should also know that when using with the rift start in single screen so you can assign buttons to your wheel from the apps in the side of the screen .