Staff
Premium
Recent days have seen a couple of new and fresh hotfix updates for Assetto Corsa Competizione... check out the details here.

Assetto Corsa Competizione recently benefited from a rather large new build update, one that added the new 2019 Blancpain GT Series cars and track updates, as well as Zandvoort and a range of changes, improvements and fixes to the core game code.

Since that update, released back on October 24th (update notes HERE), developers Kunos Simulazioni have continued to work on addressing some of the issues that came about from the major release - the results of which have brought us two new hotfix updates - details of which can be seen below. 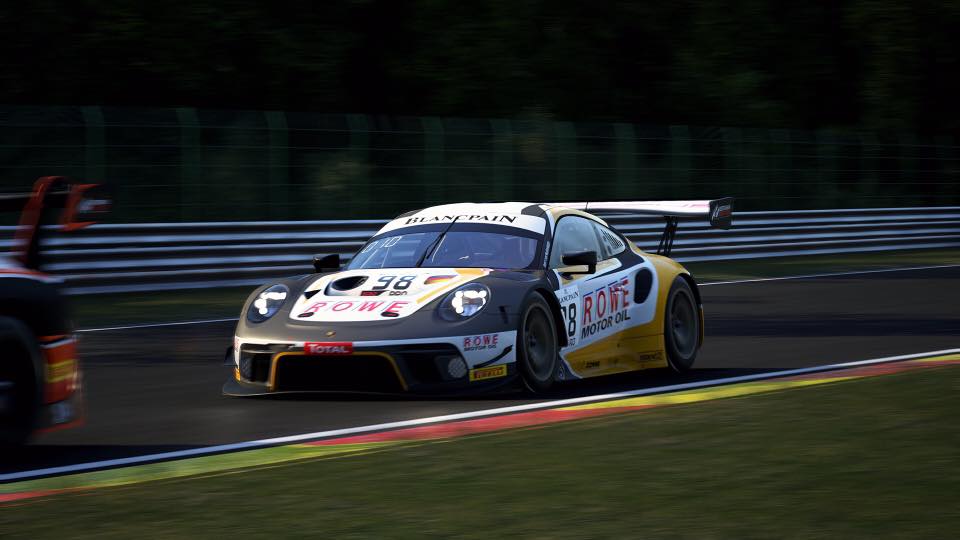 If you want to immerse yourself further in the world of ACC, head over to the RaceDepartment Assetto Corsa Competizione sub forum and get yourself involved in the conversation today!

Apologies, thanks for the spot and post updated! Much appreciated.

I think we all want that but they might be engine limited at this stage and perhaps need a breakthrough from epic?

we are not talking a few percent. We need 20%+ levels of vr improvement esp on newer, more powerful headsets.

Nothing has changed in this regard. You can access the Spa-winning version of the GPX Porsche in the 24H game mode and MP, in all other modes you have the full-season variant available with the regular lineup, just like in the original release of 1.1.
This will change however due to popular demand, in single-car game modes (practice, hotlap, hotstint, superpole) you will be able to choose whichever livery variant you want, without restrictions. This will come in a later update.
Last edited: Nov 1, 2019

Apologies, thanks for the spot and post updated! Much appreciated.

Does Paul know something we don't?
Come on Paul, spill the beans.

RobertR1 said:
I think we all want that but they might be engine limited at this stage and perhaps need a breakthrough from epic?

we are not talking a few percent. We need 20%+ levels of vr improvement esp on newer, more powerful headsets.
Click to expand...

Premium
Part of the issues regarding Oculus is that the "new" suite is extremely cumbersome. The previous one had much better performance all around.
N

v1.1 resulted in an increased VR performance on my system. Yesterday I resumed my Championship, 1 hour race at Hungaroring with 15 AI in the rain, solid 90 fps the whole race bar the start at 45 ASW.

The image is still blurry, but at least I think 90 fps is possible on some tracks. I have to test Nurburbring tough.

Premium
My Triple Screen set is working perfectly in ACC, fantastic performance all round, more than happy

M D Gourley said:
My Triple Screen set is working perfectly in ACC, fantastic performance all round, more than happy
Click to expand...

What options is there for trips?

Alex72 said:
What options is there for trips?
Click to expand...

All options we need for a rock solid triple screen alignment at native screen resolution with true multiview rendering without the need to use UE4 native post-processing distortion methods.

Essentially all settings we know from AC1 just brought into UE4 by Kunos developers with a fresh user interface - check the "VIEW SETTINGS" interface in session for all thr triple screen perfection you ever need ;-)

The best of it all is that Kunos have managed to truly optimize their native multiview triple screen rendering and people who had to use the Panini method with oversampling before (like myself) have now actually BETTER PERFORMANCE in the new native triple screen mode ;-)

Thanks Kunos - you guys are AWESOME !!!

I am running three 1080@60Hz screens and with a now old 1080Ti and 8700K I get absolutely rock solid 60FPS at all times with larger than 30 car fields in all weather conditions at generally HIGH settings.

ACC came a looooong way since EA in performance optimization.

It seems that the GPU temp issue that i had in the previous version is fixed now, same GPU profile,same ambient temp, same settings(except the newly added ones,i believe high temp was because of LOD settings were high for opponent cars and now lowered)
Damn the new Porsche GT3 challenge at wet monza killed my hand,too much workout no more driving for today, but it worth it
Last edited: Nov 2, 2019

Dunno know why but now i get stutters. Also there is huge lack of grip, in some turns ( Zandvoort ) car just spins like slicks on wet

RobertR1 said:
I think we all want that but they might be engine limited at this stage and perhaps need a breakthrough from epic?

we are not talking a few percent. We need 20%+ levels of vr improvement esp on newer, more powerful headsets.
Click to expand...

Yep, the only thing that's currently keeping me holding of bying a Reverb. I can run a current gen HMD on my 2080 fine, but I don't think it can handle resolution of a Reverb as I'm already running 100% gpu load most of the time.

I'm still not sure what's up with the engine, ACC is the only game I get this brutal flickering without KTAA on high, even KTAA on mid is not enough, on ETS2 for example, which is an ancient engine in comparison, I don't need any AA at all with 200% supersampling. Strange things are happening in ACC.
You must log in or register to reply here.